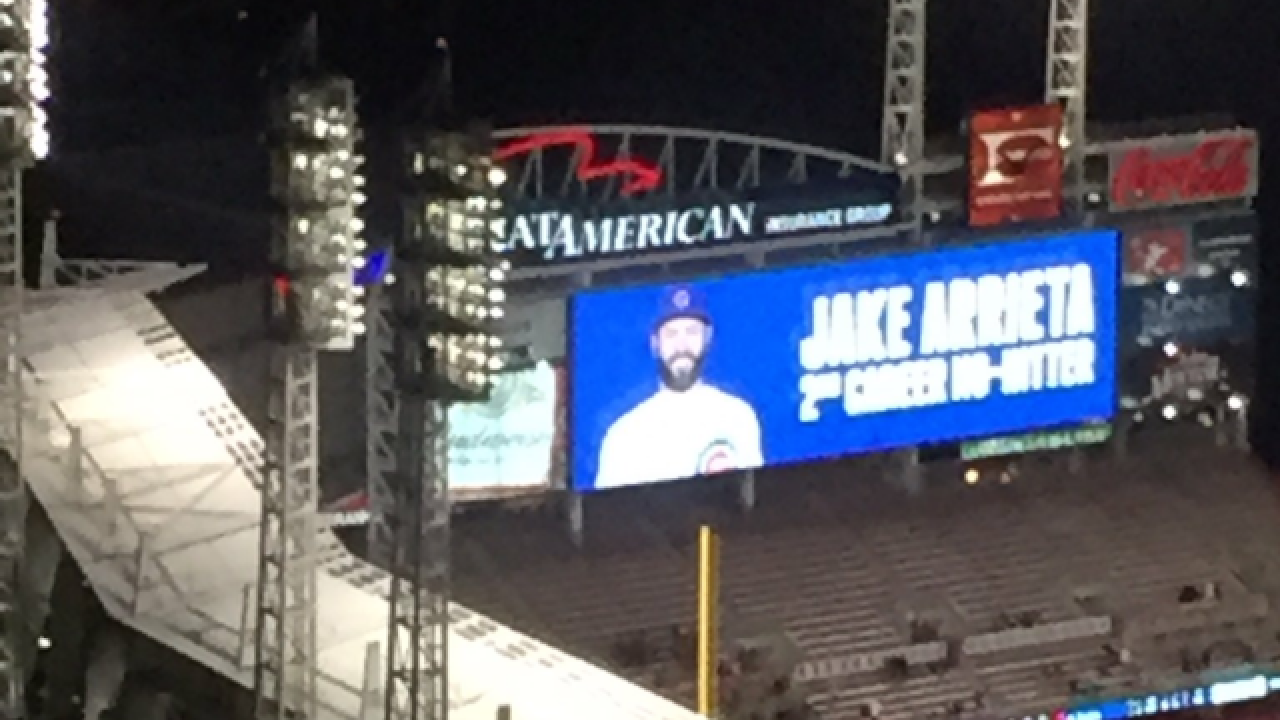 CINCINNATI (AP) — Jake Arrieta of the Chicago Cubs pitched his second no-hitter in a span of 11 regular-season starts, shutting down the Cincinnati Reds in a 16-0 rout Thursday night.

Arrieta (4-0) struck out six, walked four and allowed only six balls hit out of the infield. He threw 119 pitches, retiring Eugenio Suarez on a routine flyball to right field to end it.

Arrieta also no-hit the Dodgers 2-0 last Aug. 30, part of one of the best pitching stretches in club history.

The Reds hadn't been held hitless in a regular-season game since 1971, when Rick Wise did it for Philadelphia. In the 2010 NL playoffs, Roy Halladay of the Phillies pitched a no-hitter against Cincinnati