Who's Obama for? Clinton has reason to smile 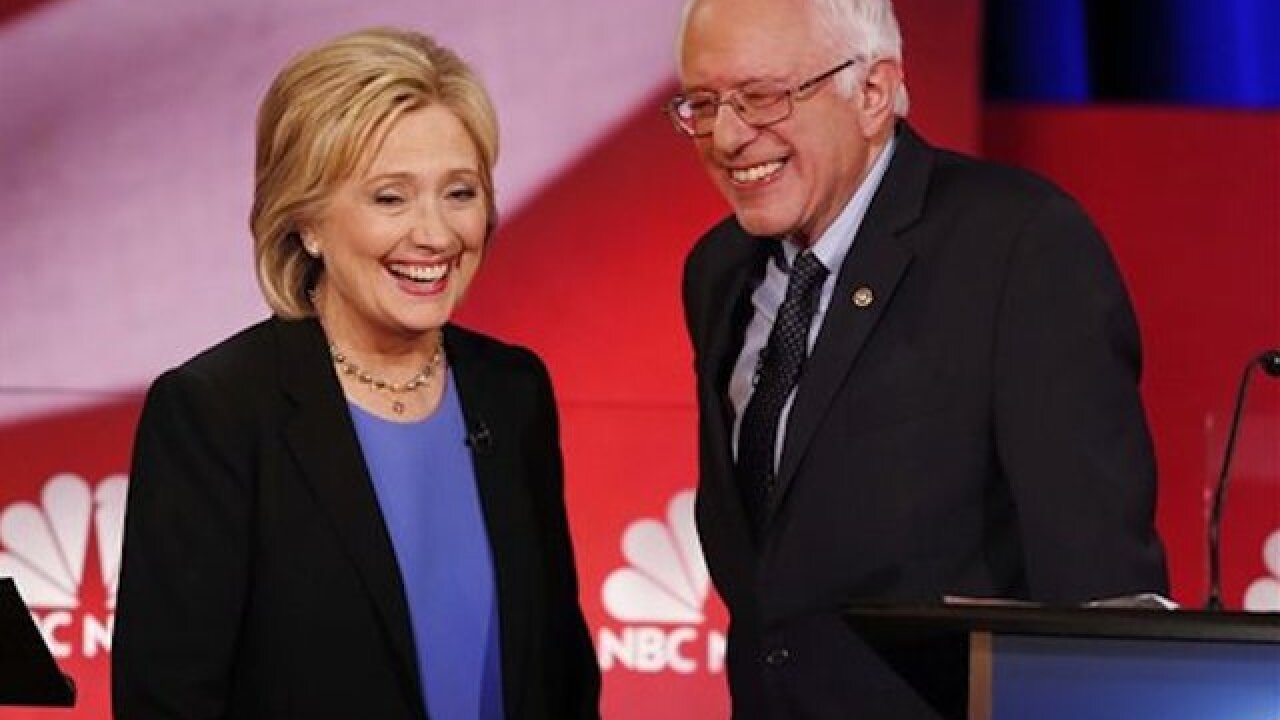 Clinton has reason to smile.

In an interview published Monday, Obama casts his former secretary of state as a "wicked smart," progressive pragmatist and Sanders as a "bright, shiny object" fueled by Democrats' long-standing frustrations. He defends Clinton as burdened by her perceived front-runner status while Sanders benefits from "the luxury of being a complete long shot."

"Her strengths can be her weaknesses," Obama said in the interview with Politico's "Off Message" podcast. "Her strengths, which are the fact that she's extraordinarily experienced — and, you know, wicked smart and knows every policy inside and out — sometimes could make her more cautious and her campaign more prose than poetry. But those are also her strengths. It means that she can govern and she can start here, day one, more experienced than any non-vice president has ever been who aspires to this office."

The comments, coming a week before the Iowa caucuses, were Obama's most detailed yet on the unexpectedly tight contest to replace him. After months of keeping to his promise not to interfere, Obama's analysis showed he's been watching closely and thinking deeply about which candidate is best positioned to win — and carry on his policies.

In framing the debate, Obama was notably on board with the Clinton campaign, which promotes her as battle-tested and experienced.

He was less in sync with Sanders' camp. Obama suggested he is a one-issue candidate, who will have to broaden his scope.

"The one thing everybody understands is that with this job right here, you don't have the luxury of just focusing on one thing," he said.

When asked whether he sees Sanders' campaign as comparable to his own 2008 battle against Clinton, a comparison Sanders' supporters have embraced, Obama wasn't buying it.

Campaigning in Iowa, Clinton showed she was listening.

"When you're in the White House, you can't pick the issues you want to work on," she told the Jewish Federation of Greater Des Moines.

The Sanders campaign took the president's comments in stride.

Campaign manager Jeff Weaver noted that Obama has had positive things to say about both candidates.

"We feel he's been very fair and evenhanded in this process," Weaver said

Clinton weeks ago decided to align herself with Obama and his legacy — a bid to win Obama loyalists. The president features prominently in her speeches, from her assertion that he doesn't get enough credit for rescuing the economy to her detailed description of being in the Situation Room alongside him during the raid that killed Osama bin Laden.

One of Clinton's biggest applause lines comes when she mentions that the economy has done better under the two Democratic presidents who have served in the past 35 years than the three Republicans.

"I know both of the Democrats," Clinton says with a knowing smile.

Like Sanders, Obama in 2008 ran a campaign that cast Clinton's politics as outdated and compromised, and, like Sanders, he ran to her left. But Obama's presidency has looked much like the one Clinton is promising.

The president has proven to be comfortable with a steady, incremental approach. His taste for long-shot policy proposals is limited. Friction between Obama and the progressive wing of his party — what Obama's former spokesman once dubbed the "professional left" — has been constant.

Meanwhile, Obama and Clinton forged a close and, at times, affectionate rapport during her time in his Cabinet. Obama has been effusive and public about his respect for her work ethic and intellect.

Obama's ties to Sanders are far less personal or deep, though Obama served in the Senate with Sanders and campaigned for him in 2006 when the two were prominent anti-war voices in Congress.

Obama noted in the interview that he respects Sanders' skills as a legislator and his blunt speaking style.

White House officials say they have been working on arranging a one-on-one meeting between the men this week, although it isn't certain it will come together.

Clinton has met with Obama periodically in recent months, while several of Obama's former senior aides have signed on to her campaign. Current White House aides are in regular contact with their former colleagues. They typically get a heads-up on policy announcements or comments that might ricochet back on the president.

But that overlap, doesn't mean the White House is full of Clinton cheerleaders.

Her decision to come out against Obama's Pacific Rim trade deal was viewed as so transparently political it risked backfiring. Her use of a private email at work was greeted with some bewilderment and head-shaking. The political wisdom of her recent attacks on Sanders, whose voters she'll need to win in November, has raised eyebrows.

White House aides and their boss are watching the campaign with a close, and occasionally critical, eye — much like a group of retired football players watching the Super Bowl.