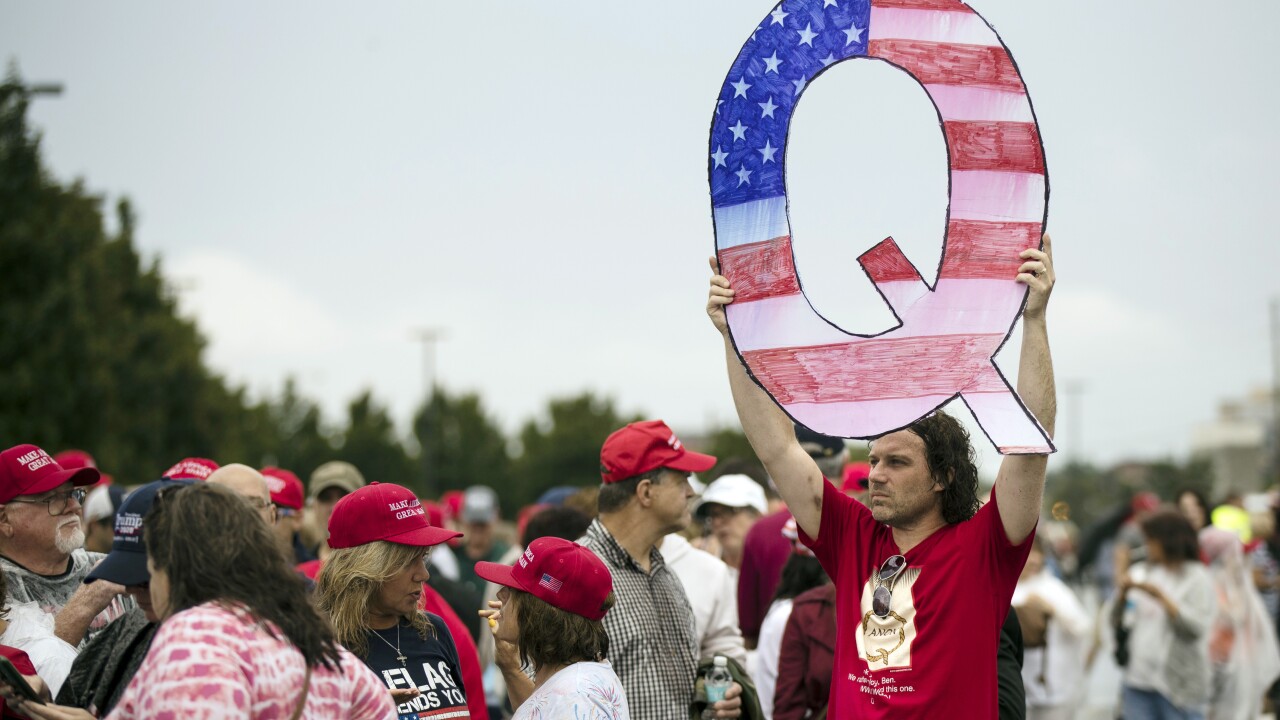 Copyright 2018 The Associated Press. All rights reserved.
Matt Rourke/AP
FILE - In this Aug. 2, 2018, file photo, a protesters holds a Q sign waits in line with others to enter a campaign rally with President Donald Trump in Wilkes-Barre, Pa. (AP Photo/Matt Rourke, File)

OAKLAND, Calif. (AP) — Facebook is tightening its policy against QAnon, the baseless conspiracy theory QAnon, which paints President Donald Trump as a secret warrior against a supposed child-trafficking ring run by celebrities and government officials.

The move comes less than two months after Facebook said it would stop promoting the group and its adherents — but faltered with spotty enforcement.

"Pages, Groups and Instagram accounts that represent an identified Militarized Social Movement are already prohibited. And we will continue to disable the profiles of admins who manage Pages and Groups removed for violating this policy, as we began doing in August," the company stated.

The company said it is starting to enforce the policy as of Tuesday but cautioned that it “will take time and will continue in the coming days and weeks.”

"Our Dangerous Organizations Operations team will continue to enforce this policy and proactively detect content for removal instead of relying on user reports. These are specialists who study and respond to new evolutions in violating content from this movement and their internal detection has provided better leads in identifying new evolutions in violating content than sifting through user reports," Facebook said.

The company also said they expect renewed attempts to evade detection and they will change their policy and enforcement "as necessary."

QAnon began a few years ago as a single conspiracy theory. It has grown in both followers and beliefs since then.

The main conspiracy claims dozens of politicians and A-list celebrities work with governments around the world to engage in child sex abuse. Followers also believe there is a “deep state” effort to kill President Donald Trump.

Shared conspiracies of the group now include baseless theories on mass shootings and elections.