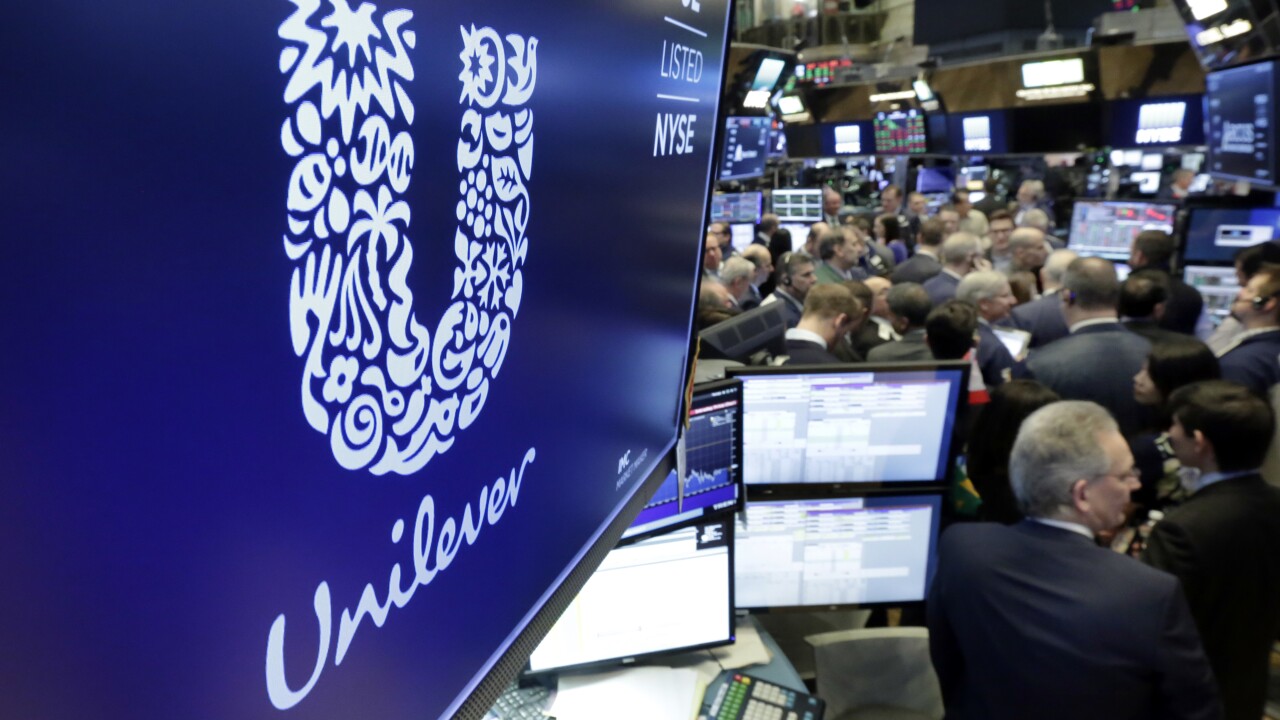 AP
Richard Drew/AP
FILE - In this Thursday, March 15, 2018 file photo, the logo for Unilever appears above a trading post on the floor of the New York Stock Exchange. Consumer products giant Unilever said Thursday, June 25, 2020, it is aiming for a “more inclusive vision of beauty” and will remove words such as “fair,” “whitening” and “lightening” from its products, a move that comes amid intense global debate about race sparked by the Black Lives Matter movement. (AP Photo/Richard Drew, file)

The company behind Ben & Jerry’s ice cream, Dove soap and a host of other consumer products says it will stop advertising on Facebook, Twitter and Instagram in the U.S. through at least the end of the year because of the amount of hate speech online.

Unilever said that the polarized atmosphere in the United States ahead of November's presidential election placed responsibility on brands to act.

The company, which is based in the Netherlands and Britain, joins a raft of other companies halting advertising on online platforms. Facebook in particular has been the target of an escalating movement to siphon away advertising.

Unilever announced earlier this week they would remove words such as “fair,” “whitening” and “lightening” from its products, a move that comes amid intense global debate about race sparked by the Black Lives Matter movement.