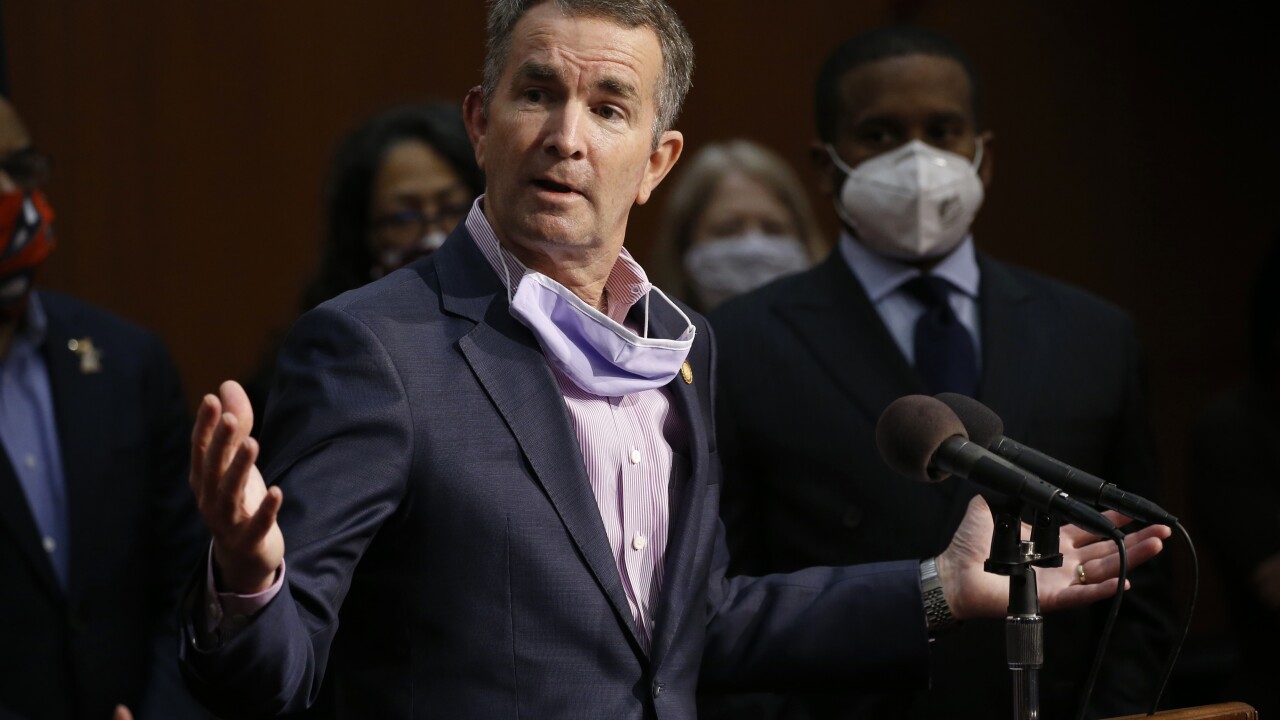 Steve Helber/AP
In this June 4, 2020 file photo Virginia Gov. Ralph Northam speaks during a news conference in Richmond, Va. Northam announced Tuesday, June 16, 2020 that he's making Juneteenth _ a day that commemorates the end of slavery in the U.S. _ an official holiday in a state that was once home to the capital of the Confederacy. (AP Photo/Steve Helber, file)

GRAND RAPIDS, Mich. (AP) — An FBI agent testified during a court hearing in Michigan that members of anti-government paramilitary groups discussed kidnapping Virginia’s governor during a June meeting in Ohio.

Special Agent Richard Trask was part of the investigation that led to six men being arrested and charged last week with plotting to kidnap Michigan’s Democratic Gov. Gretchen Whitmer.

Seven other men face state terrorism charges, in connection with the plot.

Trask on Tuesday did not name Virginia’s Democratic governor, Ralph Northam, during his testimony in a federal courtroom in Grand Rapids.

“They discussed possible targets, taking a sitting governor, specifically issues with the governor of Michigan and Virginia based on the lockdown orders,” Trask said.

The agent said members of anti-government groups from multiple states attended the meeting and that attendees were unhappy with the governors’ actions to combat the COVID-19 pandemic.

Ultimately, the plan was to kidnap Whitmer and "place her on trial" in a different location, the agent said.

The hearing was held to review investigators’ evidence against five of the men involved, and whether they should be detained before trial. The sixth man is being held in Delaware.