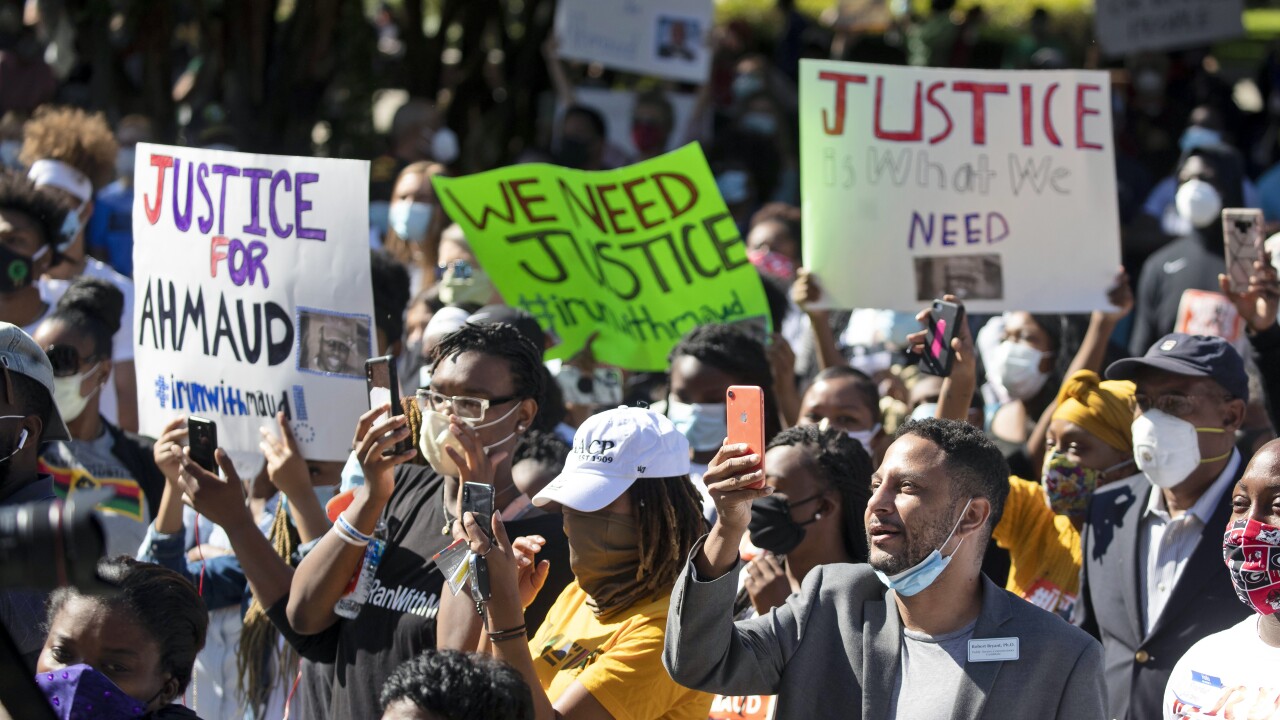 John Bazemore/AP
People react during a rally to protest the shooting of Ahmaud Arbery, an unarmed black man Friday, May 8, 2020, in Brunswick Ga. Two men have been charged with murder in the February shooting death of Arbery, whom they had pursued in a truck after spotting him running in their neighborhood. (AP Photo/John Bazemore)

ATLANTA (AP) — Georgia’s attorney general has asked the U.S. Department of Justice to investigate the handling of the killing of Ahmaud Arbery.

Authorities say Arbery, a black man, died at the hands of two white men in February near the coastal city of Brunswick as he ran through a neighborhood.

Arbery was killed Feb. 23. No arrests were made until this month.

National outrage over the case swelled last week after video surfaced that appeared to show the shooting.

Carr said the family and community deserve answers about the case.