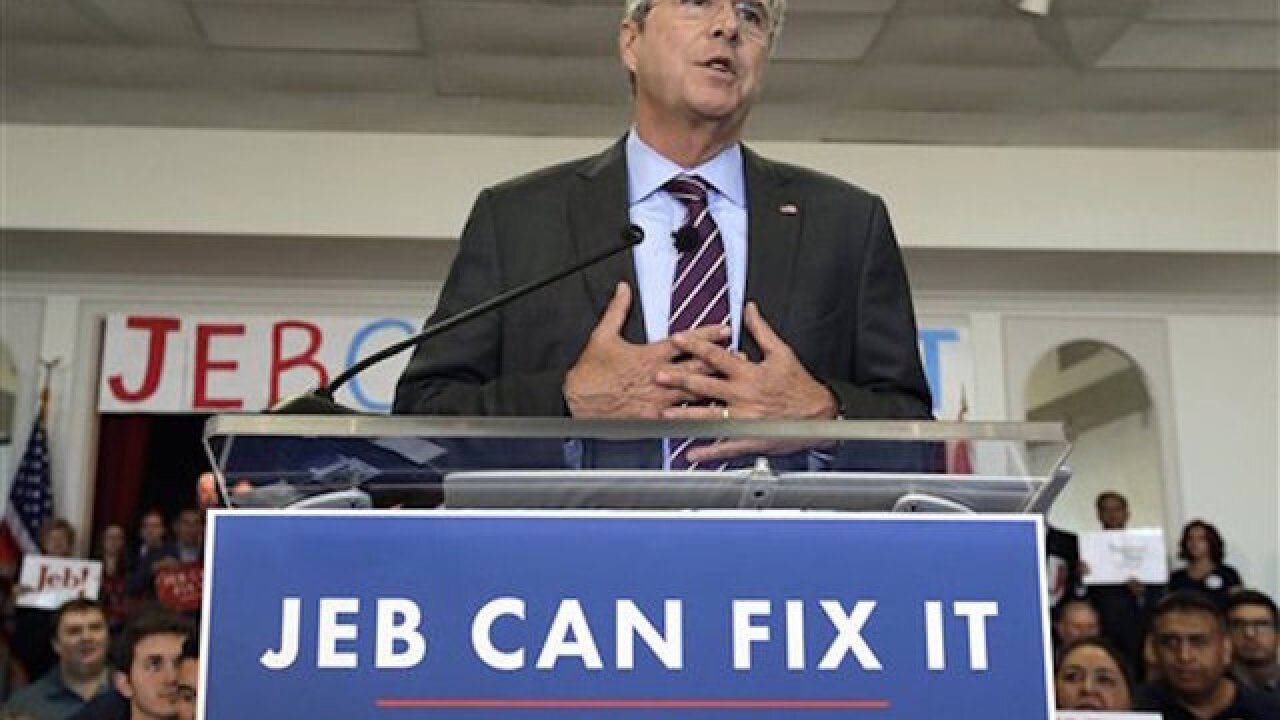 HOOKSETT, N.H. (AP) — Republican presidential hopefuls called for a more compassionate discussion around drug addiction Tuesday, with emphasis on substance abuse as a curable disease, not a moral failing.

"This is a national calling," former Florida Gov. Jeb Bush said at the New Hampshire Forum on Addiction and the Heroin Epidemic. "We should be able to talk about this without all the stigma attached to it. We need to eliminate the stigma."

Home to the nation's first 2016 presidential primary and a state that's seen drug deaths skyrocket in recent years, New Hampshire's prominent place on the campaign calendar has turned drug addiction into a hot-button issue on the campaign trail. Health officials estimate that about 400 people died from overdoses in New Hampshire in 2015 — including heroin and the powerful opiate fentanyl — more than doubling its own rate of overdose deaths in 2013.

Candidates have taken to visiting a peer-recovery center in Manchester, attending drug roundtables at local hospitals and sharing stories they hear on the trail from New Hampshire voters battling addiction. Former Florida Gov. Jeb Bush and technology executive Carly Fiorina spoke about how frequently they meet people on the trail in New Hampshire who share their struggles with addiction or talk about family members who lost their lives to drugs. Both have deeply personal experiences with addiction, which they spoke about on Tuesday. Fiorina's step-daughter died from a drug overdose in 2009, while Bush's daughter has struggled with addiction.

"The pain that you feel when you have a loved one who has addiction challenges and spirals out of control is something that I share with a whole lot of people," Bush told the crowd after sharing an emotional reflection on his daughter's history with drugs.

Bush's daughter graduated from a drug court program in Florida, and he and the other candidates are advocating for the expansion of such programs nationwide. Drug courts send non-violent offenders through treatment programs. The candidates advocate for a similar slate of other policies, including cracking down on dealers and doctors who overprescribe pain killers, placing a stronger focus on prevention and creating more peer-based recovery programs.

Injecting a dose of humility into his remarks, another GOP candidate, Ohio Gov. John Kasich, admitted he has "no clue" what it's like to fight addiction, but said that no one is too far gone to save. He said he's come to understand the issue more deeply during his tenure as governor of Ohio as people shared their personal stories about addiction.

"You cannot give up, because there's a purpose to your life, you understand that. Everybody in this room has a God-given potential to do something to change this world," he said. "If you can climb out of it, people will learn from you."

On policy, Kasich points to initiatives in Ohio aimed at expanding drug education in schools and his decision to expand Medicaid in Ohio, which he says has opened up more resources for treatment and other programs.

Chris Christie, meanwhile, pointed to his record as governor of New Jersey focusing on treatment over incarceration for non-violent offenders. He said it is incumbent upon the country's next president to use the bully pulpit to address drug addiction in a meaningful way.

"We've been programmed in our society to talk about this as a moral failing," said Christie, who polls show is been making noteworthy gains in New Hampshire ahead of the Feb. 9 primary. "As long as we continue to do this we're going to treat this differently than other diseases."