Meet Skybalonyx skapter, the newest prehistoric reptile to be found in Arizona 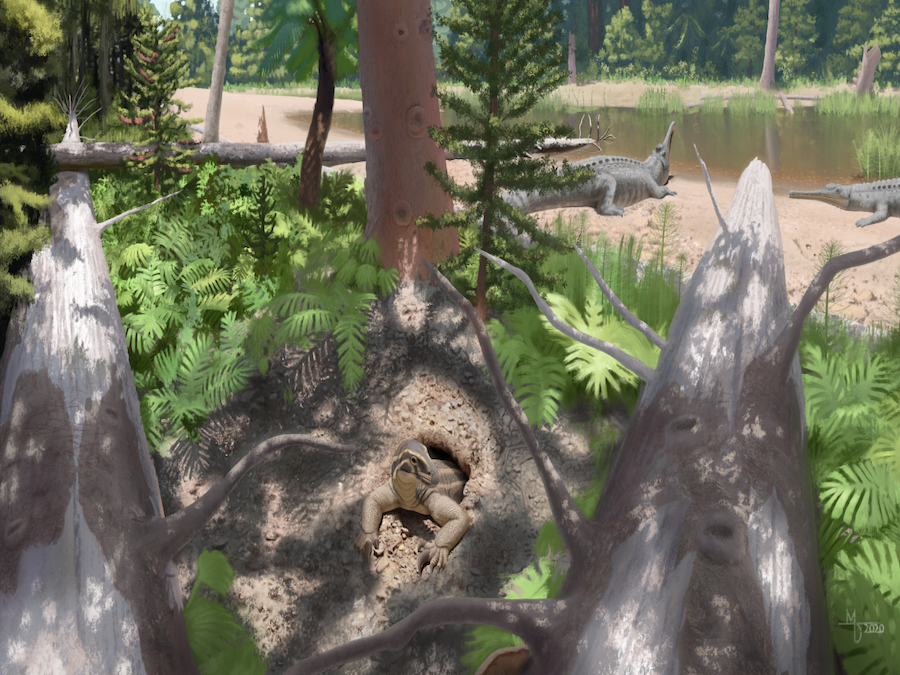 See what Jurassic Park got wrong about these Arizona dinosaurs! A new species of prehistoric reptile has apparently been discovered within the depths of the Petrified Forest National Park in northeastern Arizona.

Named Skybalonyx skapter, the fossilized remains are believed to be a new species of drepanosaur, a reported 220-million-year-old burrowing reptile that potentially looked like a combination of an anteater and chameleon, the Petrified Forest National Park said Tuesday in a news release.

Skybalonyx skapter, though, may have looked even more peculiar, the release said.

Drepanosaurs have been noted to have interesting features, such as "enlarged second claws, bird-like beaks, and tails ending with a claw," the release said.

Their findings were reportedly published on Oct. 8 in the Journal of Vertebrate Paleontology. The study compared the claws of drepanosaurs to Skybalonyx skapter to modern animals, and reportedly found that Skybaonyx skapter's claws were similar to moles, echidnas, and mole-rats.

Adam Marsh, the lead paleontologist at the Petrified Forest, said in an email that the bones were discovered during the summers of 2018 and 2019 as part of a paleontological dig.

Due to their small size, the remains were reportedly difficult to find using traditional methods. Essentially, research teams used a series of metal screens and water to sift and break down rocks to find the fossils.

He said the bones were found in the eastern expansion of the forest that was acquired in 2011. He said more than 3,000 fossils have been discovered there in the last two years.

As for the drepanosaurs project, he said "we are just starting this project, and we will be continuing to collect fossils from this and other sites."

This story was originally published by Josh Frigerio at KNXV.