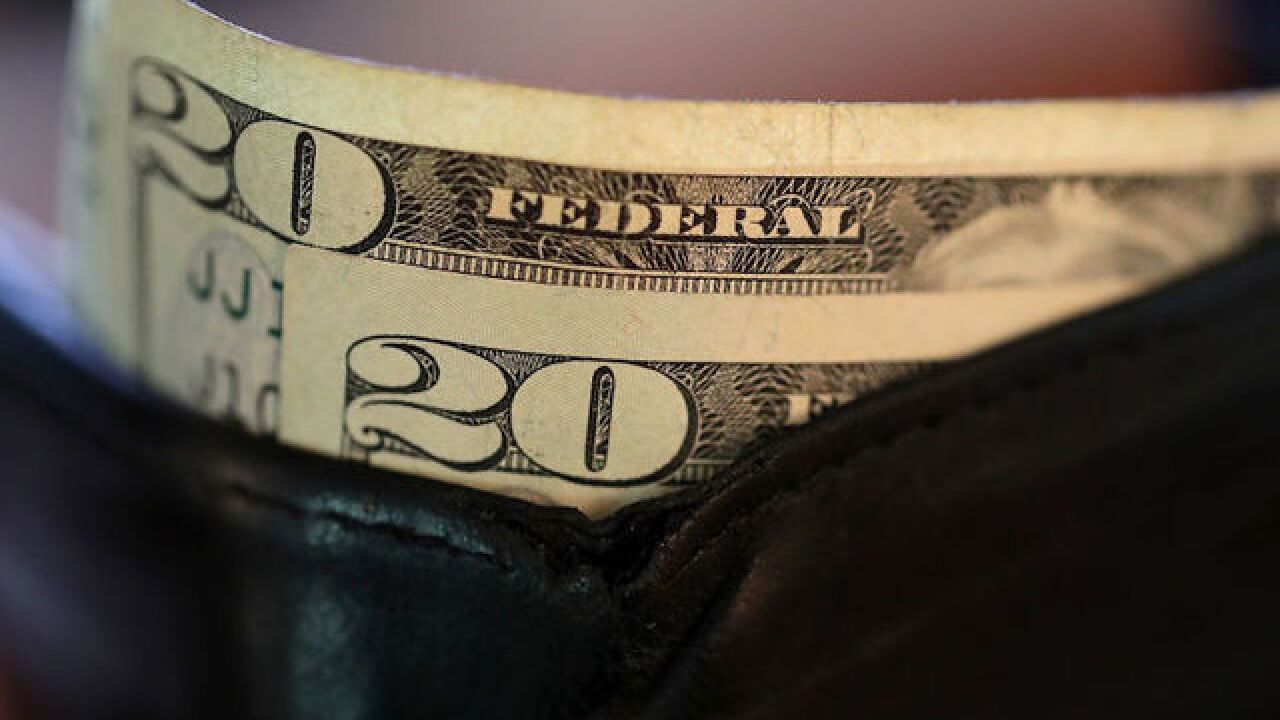 Image copyright 2017 Getty Images. All rights reserved. This material may not be published, broadcast, rewritten, or redistributed.
Justin Sullivan
<p>In this photos illustration, $20 bills sit in a wallet on August 29, 2017 in San Anselmo, California.</p>

Americans' finances are continuing to improve.

Median household income rose to $61,400 in 2017, up 1.8 percent from a year earlier, according to data released by the U.S. Census Bureau on Tuesday.

The report is the first look at the nation's fortunes under the Trump administration. The increase continues a streak of strong income growth that began in 2015 during President Barack Obama's second term. Median income grew 3.2 percent in 2016 and 5.2 percent the year before.

The poverty rate, meanwhile, dropped to 12.3 percent, down from 12.7 percent the prior year.

The results are a promising sign that the rosier job market is helping a growing number of workers and their families, said Elise Gould, senior economist at the left-leaning Economic Policy Group. The unemployment rate fell from 4.8 percent to 4.1 percent over the course of 2017.

However, the income boost likely stems more from the fact that an increasing number of people are getting jobs and they are working longer hours, rather than getting hefty raises, experts said. Wage growth has remained muted for years. There are signs it is starting to pick up, but rising inflation may eat away at much of the gains.

Poverty, meanwhile, continues to decline as the economy strengthens. Last year, it returned to pre-recession levels.

Lower-income Americans are benefiting from the tight job market since employers are now willing to hire those who had been marginalized in the past. Also, 21 states plus the District of Columbia raised their minimum wages last year, giving poor workers an income boost that may have pushed them over the poverty line.