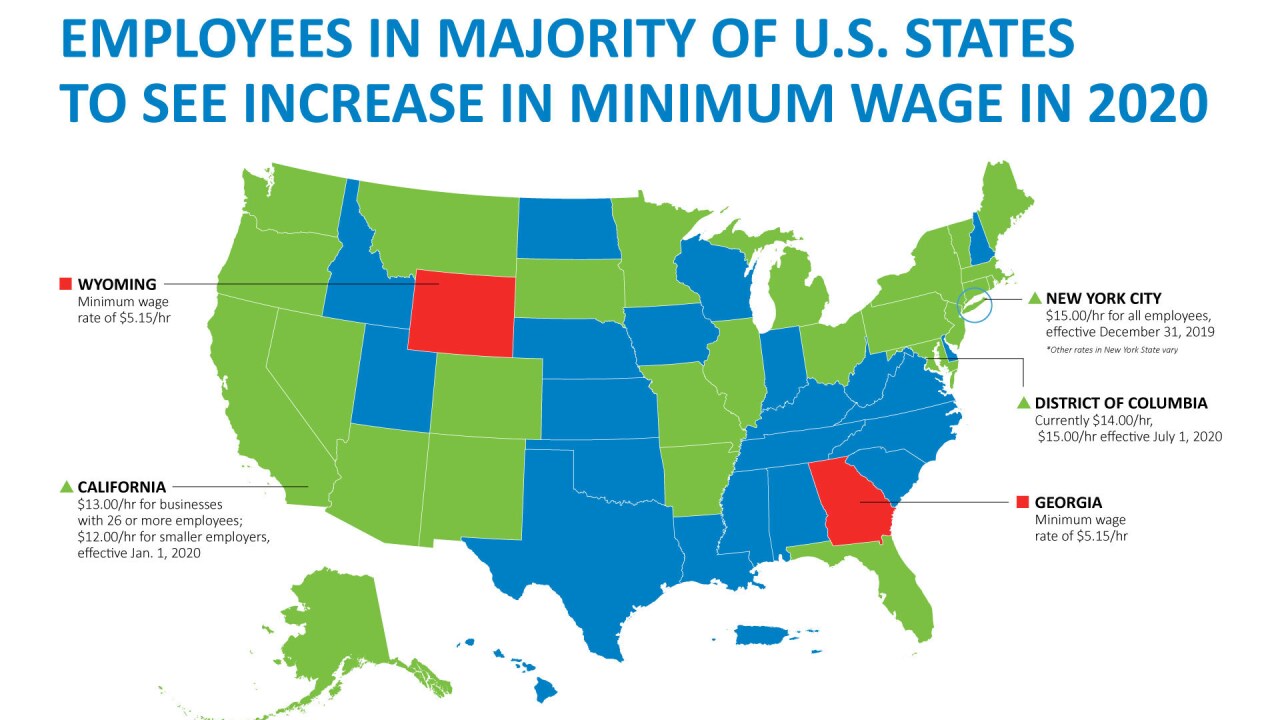 The minimum wage will increase in 26 states and the District of Columbia in 2020, with 22 states enacting an increase on Jan. 1, according to a report released by Wolters Kluwer Legal & Regulatory U.S.

The highest minimum wage employees in the country will remain in Seattle, with workers making a minimum of $16 an hour at large employers, and $15 an hour at small employers. The state of Washington will offer the highest statewide minimum wage at $13.50 an hour.

The minimum wage in California will see a $1 increase to $13 an hour on January 1.

While a majority of states will see an increase to minimum wage, many will not. In Georgia and Wyoming, the states will continue to have the lowest statewide minimum wage at $5.15 an hour, although most workers will be subjected to the higher federal standard minimum wage of $7.25 an hour.

For more details on changes to the minimum wage, click here .