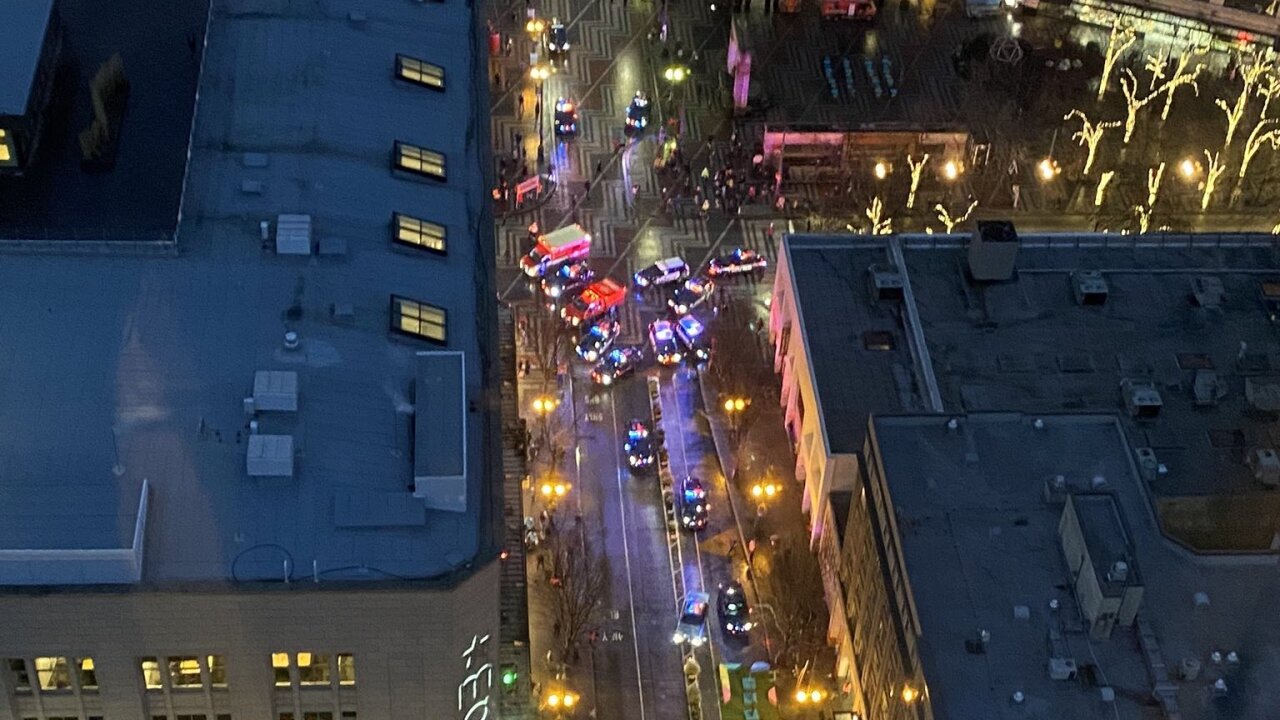 The Seattle Police Department said that one person was killed and seven others were injured in a shooting Wednesday night in downtown Seattle.

The incident took place in a busy section of Seattle, as multiple shopping venues are within a block of where there shooting was reported.

Four other men were hospitalized but were treated and released by Wednesday morning.

Seattle Police said that a suspect or suspects are still at large. It has not given a description of any suspects.

The Seattle Times reports that Police Chief Carmen Best believed the shooting arose following a dispute outside a McDonald's at about 5 p.m. local time. Police also said they believed there were "multiple shooters" involved, but they don't know how many. Police also did not rule out the possibility that shooters could be among those injured.

Witness Meg Wood said that the incident took place at 5:01 p.m., with the first emergency officials arriving on the scene at 5:08 p.m. PT.