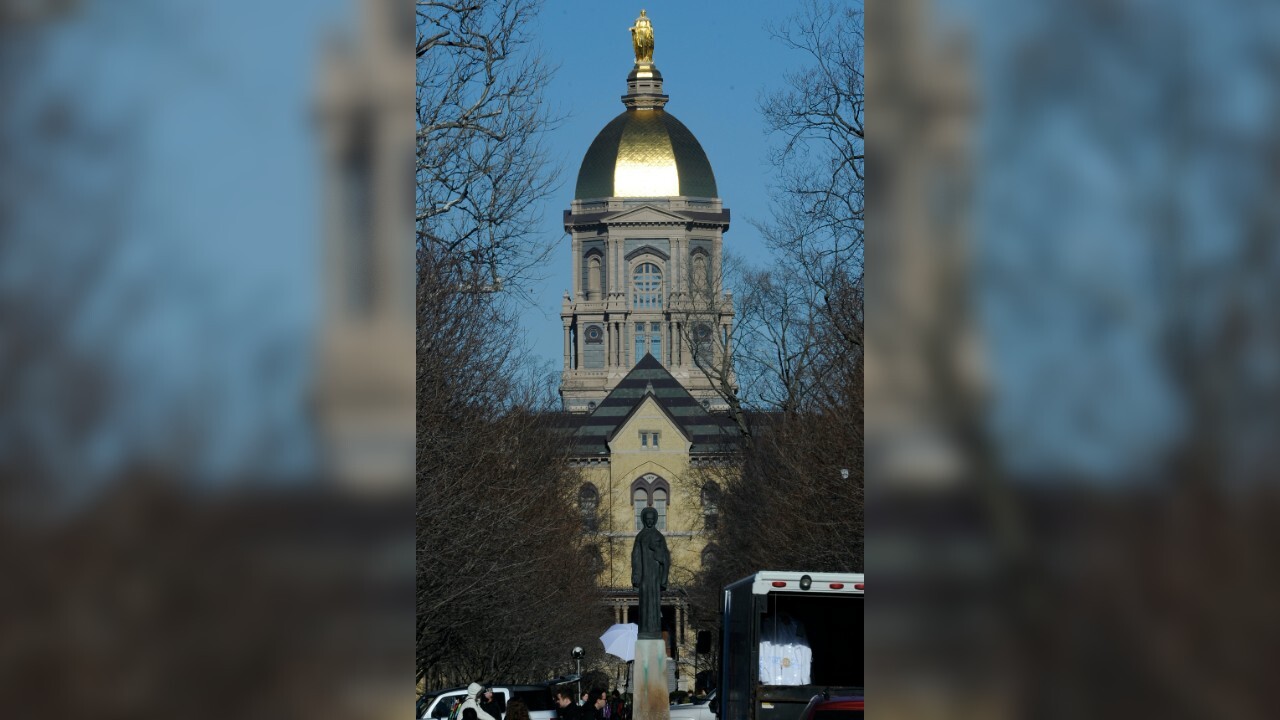 (AP Photo/Joe Raymond, FILE)
FILE - In this Jan. 17, 2013 file photo, people walk in front of the Notre Dame administration building, known as the Golden Dome, on the campus of the University of Notre Dame in South Bend, Ind.

SOUTH BEND — The University of Notre Dame has withdrawn as the host site of the first presidential debate, the university announced on Monday.

Notre Dame had been set to host the first presidential debate on Sept. 29.

In a statement, the university said it made the decision to withdraw after consultation with the St. Joseph County Health Department and with the unanimous support of the executive committee of the university's board of trustees.

The Rev. John Jenkins, president of the University of Notre Dame, made what he called "this difficult decision because the necessary health precautions would have greatly diminished the educational value of hosting the debate on our campus."

In a letter to the campus community, Jenkins said that "the inevitable reduction in student attendance in the debate hall, volunteer opportunities and ancillary educational events undermined the primary benefit of hosting — to provide our students with a meaningful opportunity to engage in the American political process."

The Commission on Presidential Debates on Monday announced that the first presidential debate will now be co-hosted by Case Western Reserve University and Cleveland Clinic and held at the Health Education Campus in Cleveland.

It will be the second CPD-sponsored debate hosted by Case Western Reserve University. In 2004, the university was the site of the Vice Presidential Debate.

Notre Dame has hosted six presidents at commencement ceremonies through the years — more than any university in the nation other than the military academies — but this would have been the university's first presidential debate, the university said in a statement.

"I am grateful to the many members of the university community who have devoted countless hours planning this event, and to the Commission on Presidential Debates leadership for their professionalism and understanding," Jenkins said. "But in the end, the constraints the coronavirus pandemic put on the event — as understandable and necessary as they are — have led us to withdraw."

This year's debates, sponsored by the Commission on Presidential Debates, are: