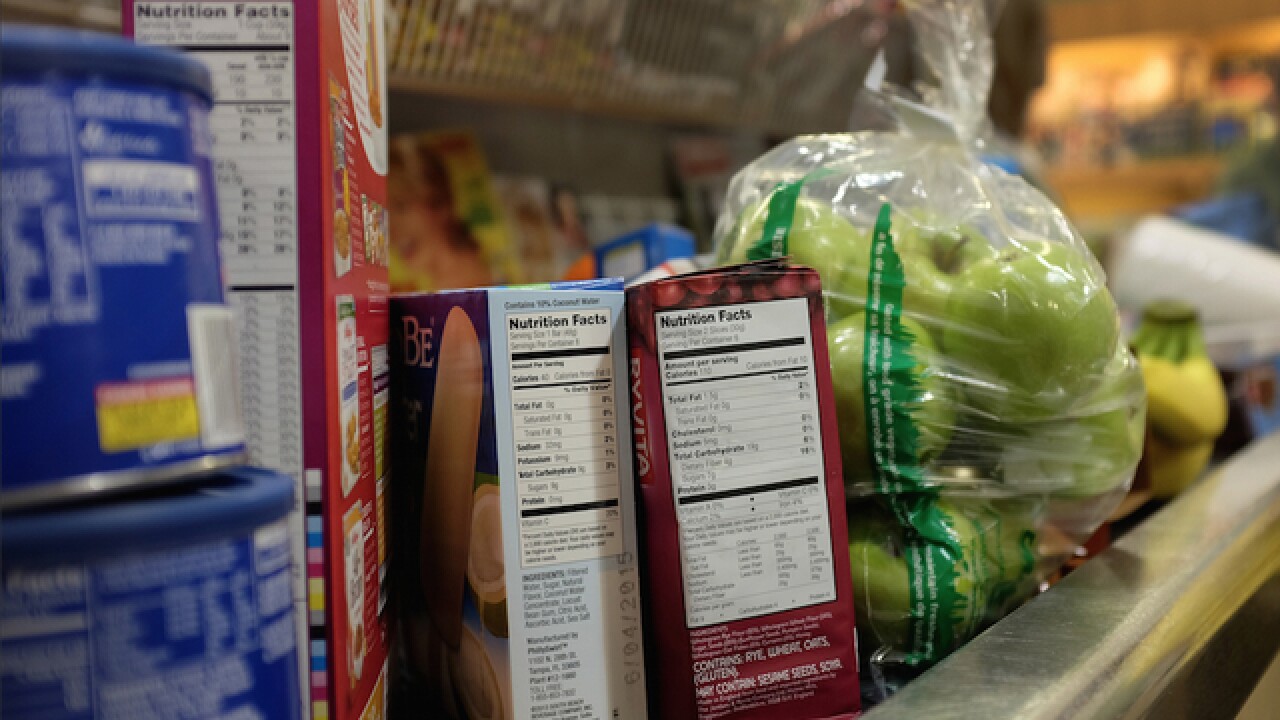 JEFFERSON CITY, Mo. (AP) — More than 1 million low-income residents in 21 states could soon lose their government food stamps if they fail to meet work requirements that began kicking in this month.

The rule change in the federal Supplemental Nutrition Assistance Program was triggered by the improving economy — specifically, falling unemployment. But it is raising concerns among the poor, social service providers and food pantry workers, who fear an influx of hungry people.

Recent experience in other states indicates that most of those affected will probably not meet the work requirements and will be cut off from food stamps.

For many people, "it means less food, less adequate nutrition. And over the span of time, that can certainly have an impact on health — and the health care system," said Dave Krepcho, president and chief executive of the Second Harvest Food Bank of Central Florida.

Advocates say some adults trying to find work face a host of obstacles, including criminal records, disabilities or lack of a driver's license.

The work-for-food requirements were first enacted under the 1996 welfare reform law signed by President Bill Clinton and sponsored by then-Rep. John Kasich, who is now Ohio's governor and a Republican candidate for president.

The provision applies to able-bodied adults ages 18 through 49 who have no children or other dependents in their home. It requires them to work, volunteer or attend education or job-training courses at least 80 hours a month to receive food aid. If they don't, their benefits are cut off after three months.

The U.S. Department of Agriculture can waive those work rules, either for entire states or certain counties and communities, when unemployment is high and jobs are scarce. Nearly every state was granted a waiver during the recession that began in 2008. But statewide waivers ended this month in at least 21 states, the largest group since the recession.

An Associated Press analysis of food aid figures shows that nearly 1.1 million adults stand to lose their benefits in those 21 states if they do not get a job or an exemption. That includes about 300,000 in Florida, 150,000 in Tennessee and 110,000 in North Carolina. The three states account for such a big share because they did not seek any further waivers for local communities.

In Tennessee, Terry Work said her 27-year-old deaf son recently was denied disability payments, meaning he is considered able-bodied. And that means he stands to lose his food stamps, even though she said her son has trouble keeping a job because of his deafness.

"I know there's going to be a lot of people in the county hurt by this," said Work, founder of Helping Hands of Hickman County, a social service agency in a community about an hour west of Nashville.

Nationwide, some 4.7 million food stamp recipients are deemed able-bodied adults without dependents, according to USDA. Only 1 in 4 has any income from a job. They receive an average of $164 a month from the program.

In states that already have implemented the work requirements, many recipients have ended up losing their benefits.

Wisconsin began phasing in work requirements last spring. Of the 22,500 able-bodied adults who became subject to the change between April and June, two-thirds were dropped from the rolls three months later for failing to meet the requirements.

Some states could have applied for partial waivers but chose not to do so.

North Carolina's Republican-led government enacted a law last fall accelerating implementation of the work requirements and barring the state from seeking waivers unless there is a natural disaster. State Sen. Ralph Hise said the state was doing a disservice to the unemployed by providing them long-term food aid.

"People are developing gaps on their resumes, and it's actually making it harder for individuals to ultimately find employment," said Hise, a Republican who represents a rural part of western North Carolina.

In Missouri, the GOP-led Legislature overrode a veto by Democratic Gov. Jay Nixon to enact a law barring the state from waiving work requirements until at least 2019. The three-month clock started ticking Jan. 1 for 60,000 people in Missouri, where unemployment is down to just 4.4 percent.

"We were seeing a lot of people who were receiving food stamps who weren't even trying to get a job," said the law's sponsor, Sen. David Sater, a Republican whose Missouri district includes the tourist destination of Branson. "I know in my area you can find a temporary job for 20 hours (a week) fairly easily. It just didn't seem right to me to have somebody doing nothing and receiving food stamps."

Others say it's not that simple to find work, even with an improving economy.

Joe Heflin, 33, of Jefferson City, said he has been receiving food stamps for more than five years, since an injury ended his steady job as an iron worker and led to mental illness during his recovery. He said he gets nearly $200 a month in food stamps and has no other income. Heflin was recently notified that his food stamps could end if he doesn't get a job or a disability exemption.

"I think it's a crummy deal," Heflin said while waiting in line at a food pantry. "I think they ought to look into individuals more, or at least hear them out. ... I depend on it, you know, to eat."

Policymakers often "don't realize a lot of the struggles those individuals are dealing with," said Mariana Chilton, director of the Center for Hunger-Free Communities at Drexel University in Philadelphia.

Some are dealing with trauma from military service or exposure to violence and abuse, Chilton said. Others have recently gotten out of prison, making employers hesitant to hire them. Some adults who are considered able-bodied nonetheless have physical or mental problems.

A study of 4,145 food stamp recipients in Franklin County, Ohio, who became subject to work requirements between December 2013 and February 2015 found that more than 30 percent said they had physical or mental limitations that affected their ability to work. A similar percentage had no high school diploma or equivalency degree. And 61 percent lacked a driver's license.

"There should have been more thought on how we look at employment and not thinking that people are sitting there, getting food stamps because they are lazy and don't want to work," said Octavia Rainey, a community activist in Raleigh, North Carolina.

Some states have programs to help food stamp recipients improve their job skills. Elsewhere, it's up to individuals to find programs run by nonprofit groups or by other state agencies. Sometimes, that can be daunting.

Rainey said people who received letters informing them they could lose their food stamps sometimes were placed on hold when they called for more information — a problem for those using prepaid calling cards. And in Florida, food aid recipients received letters directing them to a state website for information.