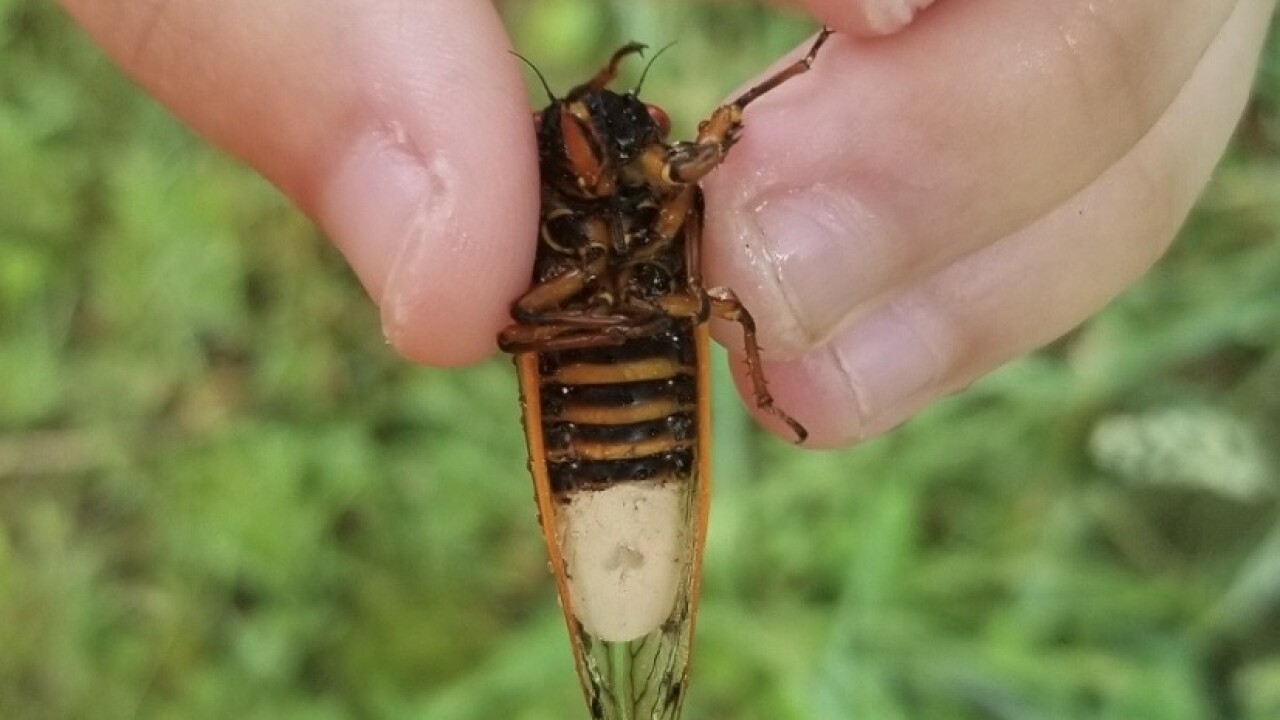 WVU Photo/Angie Macias
Cicadas are not a major pet, but have developed a bizarre lifestyle, according to WVU researchers.<br/> 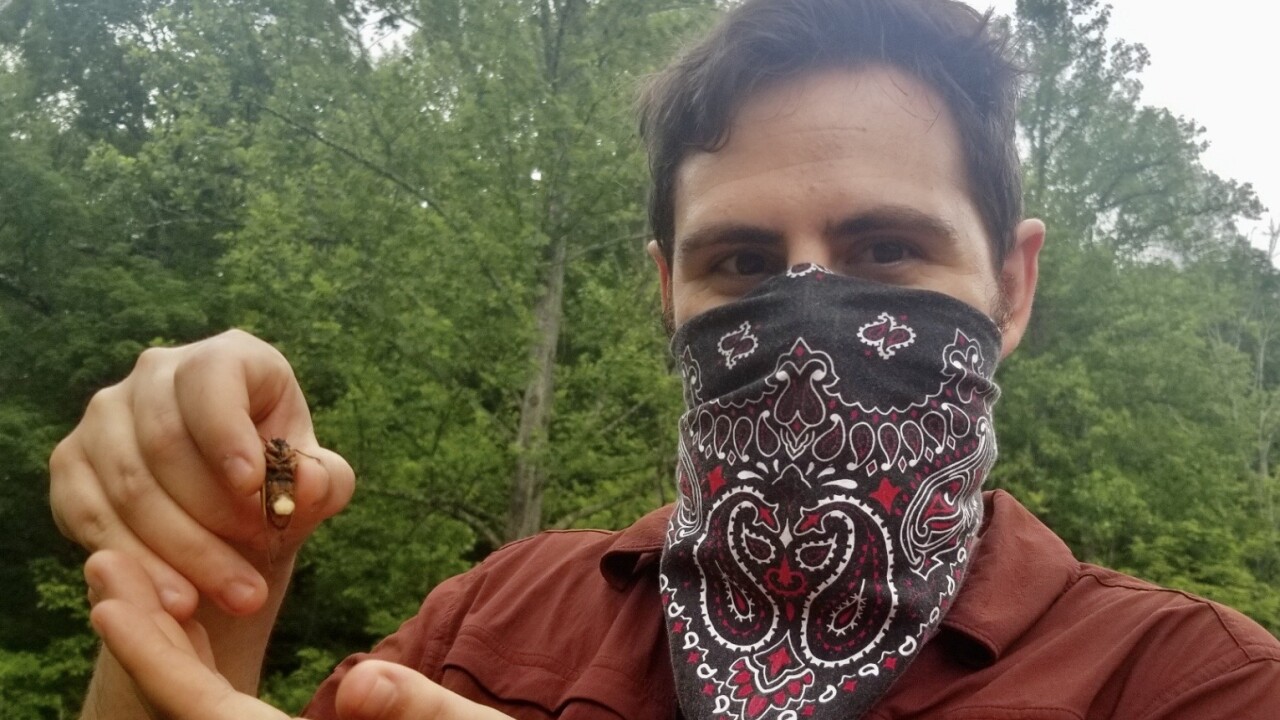 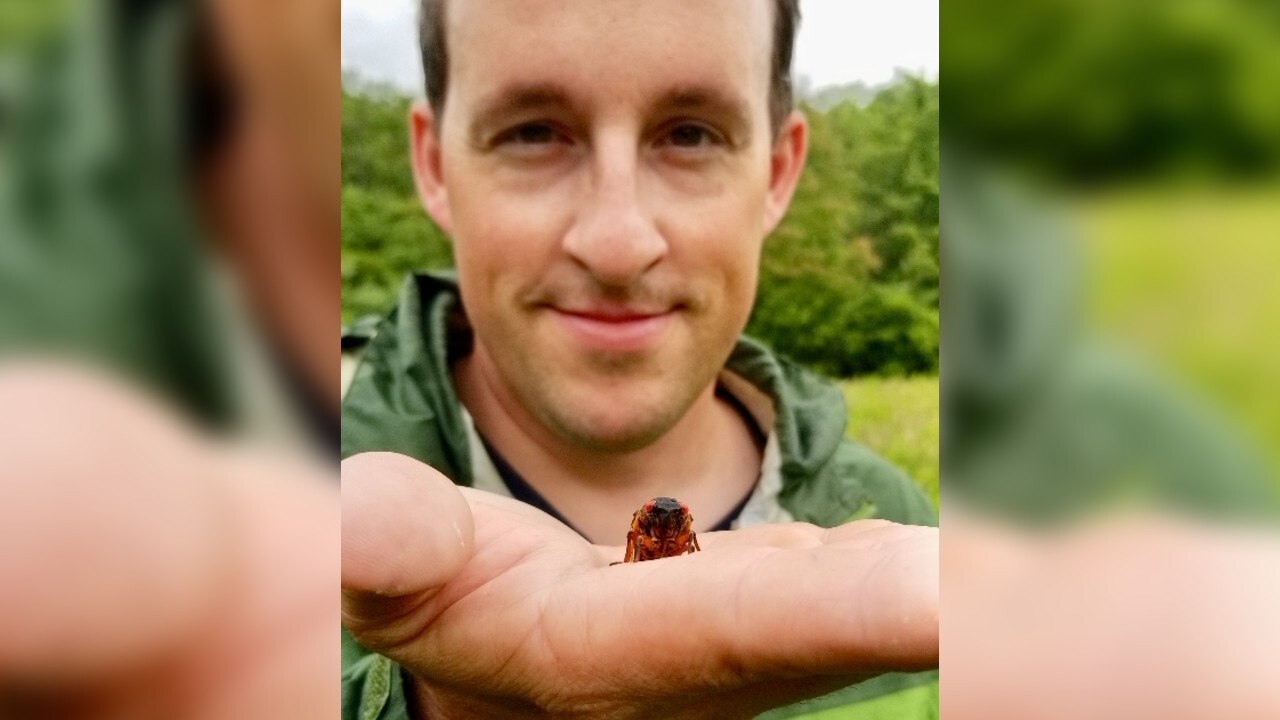 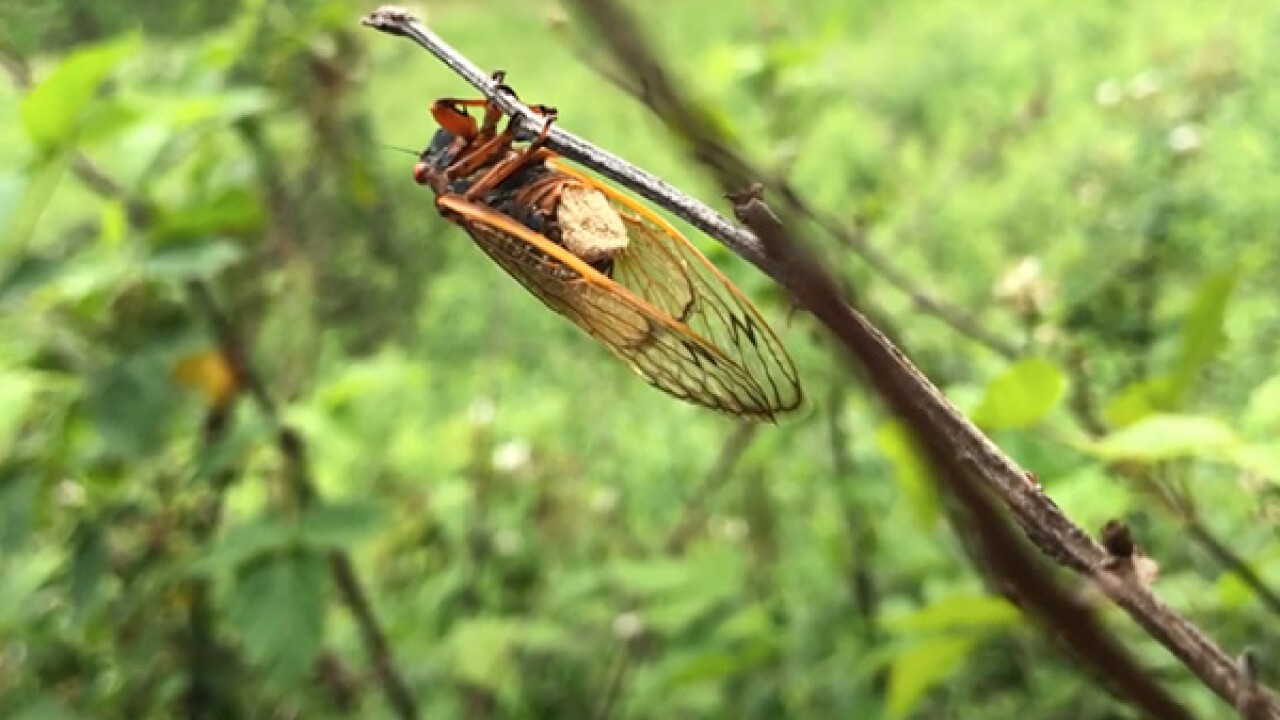 It's a playful name from researchers at West Virginia University, who say they've found that a parasitic fungus, called Massospora, can play mind games on cicadas, causing them to infect others.

Researcher showed that the psychedelic fungus can manipulate male cicadas into flicking their wings like females – a mating call – which tempts unsuspecting male cicadas and infects them.

The fungus contains chemicals like those found in hallucinogenic mushrooms, according to research published in the journal PLOS Pathogens.

“Essentially, the cicadas are luring others into becoming infected because their healthy counterparts are interested in mating,” said Brian Lovett, study co-author and post-doctoral researcher with the Davis College of Agriculture, Natural Resources and Design. “The bioactive compounds may manipulate the insect to stay awake and continue to transmit the pathogen for longer.”

The authors of the study compared the effects of the fungus to a “B-horror movie.” Massospora spores gnaw away at a cicada’s genitals, butt and abdomen, replacing them with fungal spores. Then, Lovett says they “wear away like an eraser on a pencil.”

Lovett also compared the transmission of the behavior-modifying virus to rabies. He says both rabies and entomopathogenic fungi enlist their living hosts for successful “active host transmission.”

“When you're infected with rabies, you become aggressive, you become afraid of water and you don't swallow,” Lovett said. “The virus is passed through saliva and all of those symptoms essentially turn you into a rabies-spreading machine where you're more likely to bite people."

In that sense, Lovett says many of us are familiar with active host transmission.

“Since we are also animals like insects, we like to think we have complete control over our decisions and we take our freewill for granted,” he said. “But when these pathogens infect cicadas, it's very clear that the pathogen is pulling the behavioral levers of the cicada to cause it to do things which are not in the interest of the cicada but is very much in the interest of the pathogen.”

Researchers say cicada nymphs could encounter Massospora in their 17th year as they emerge from the ground to molt into adults or on their way down to feed on roots for 17 years.

“The fungus could more or less lay in wait inside its host for the next 17 years until something awakens it, perhaps a hormone cue, where it possibly lays dormant and asymptomatic in its cicada host,” said co-author Matthew Kasson.

As grotesque as an infected decaying cicada sounds, researchers say they’re generally harmless to humans. They also reproduce at such a rate that the fungi’s extermination of hordes of cicadas has little effect on their overall population.

“They're very docile,” Lovett said. “You can walk right up to one, pick it up to see if it has the fungus (a white to yellowish plug on its back end) and set it back down. They’re not a major pest in any way. They’re just a really interesting quirky insect that’s developed a bizarre lifestyle."