Sanders, Warren called each other 'liars' in post-debate dustup 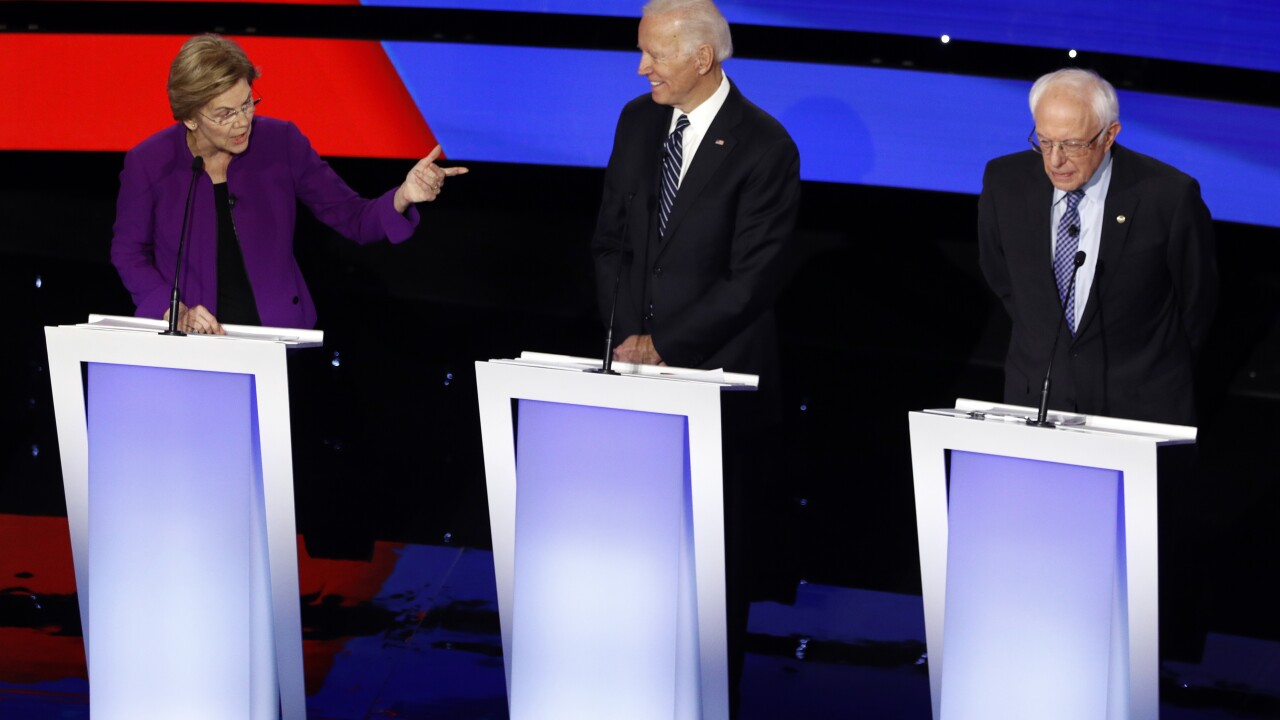 On Wednesday, CNN released the audio from the two candidates' microphones. Warren was seen after the debate refusing to shake Sanders' hand after Sanders was asked during the debate whether he told Warren that a woman could not win the presidential election.

Sanders disputed Warren's claim that Sanders made those comments.

“Well, as a matter of fact, I didn’t say it,” Sanders said during the debate. “And I don’t want to waste a whole lot of time on this, because this is what Donald Trump and maybe some of the media want.”

Warren went directly to Sanders following the debate to address his comments, according to a transcript provided by CNN.

Warren: "I think you called me a liar on national TV."

Warren: "I think you called me a liar on national TV."

Candidate Tom Steyer, who stood between the two for part of their argument, added, "I don't want to get in the middle. I just want to say, 'Hi Bernie.'"

The two candidates have largely been seen as allies in the U.S. Senate during their tenures. Both represent the progressive wing of the Democratic Party and have pushed for more liberal policies such as medicare for all. Warren even declared at a past debate "I'm with Bernie" in a discussion about healthcare.

But on Sunday, Warren went after Sanders, saying that staffers on Sanders' campaign have "trashed" her. Sanders tried to distance himself from the accusations.

“Elizabeth Warren is a very good friend of mine,” Sanders told the New York Times. “We have worked together in the Senate for years. Elizabeth Warren and I will continue to work together, we will debate the issues.”

“No one is going to trash Elizabeth Warren,” he added.

Then on Monday, CNN reported that Warren said Sanders stated that a woman could not win the presidential election. CNN reported that the alleged comments were made during a private meeting between Sanders and Warren in late 2018 as the two prepared to campaign for president.

"I thought a woman could win; he disagreed," Warren said in a statement to CNN.