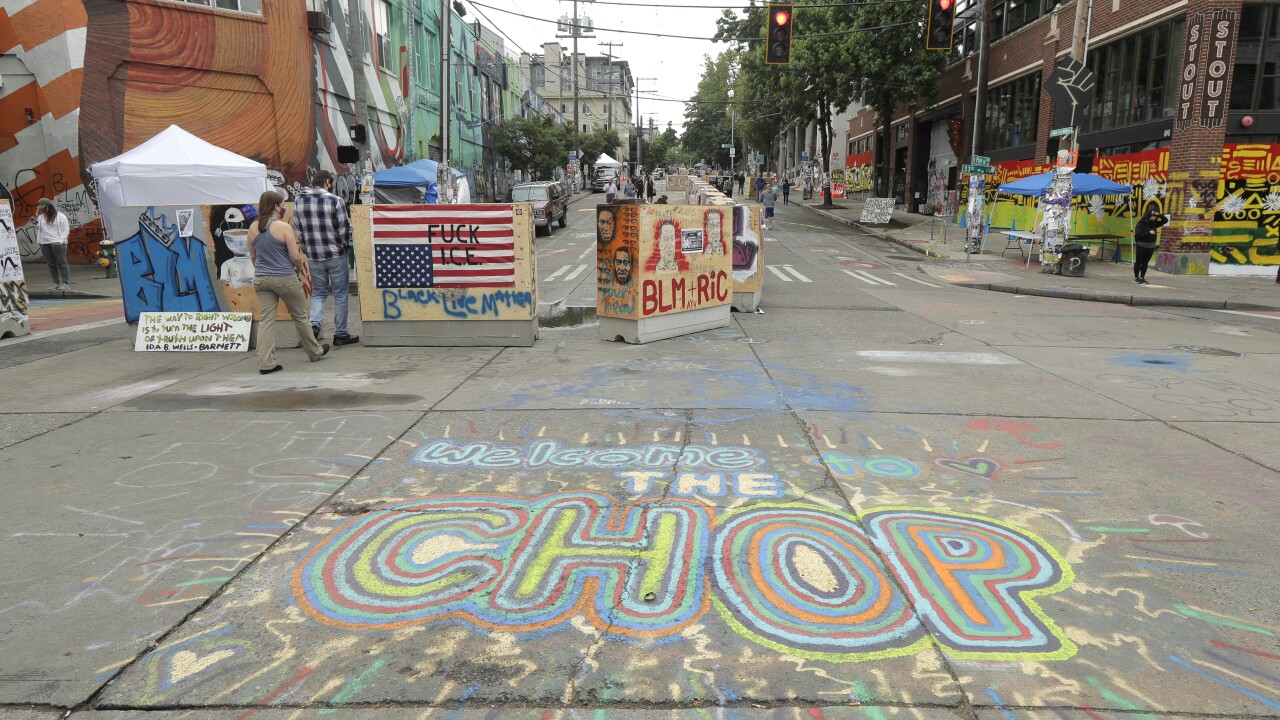 Ted S. Warren/AP
A sign on the street reads "Welcome to the CHOP," Saturday, June 20, 2020, inside what has been named the Capitol Hill Occupied Protest zone in Seattle. A pre-dawn shooting near the area left one person dead and critically injured another person, authorities said Saturday. The area has been occupied by protesters after Seattle Police pulled back from several blocks of the city's Capitol Hill neighborhood near the Police Department's East Precinct building. (AP Photo/Ted S. Warren)

SEATTLE (AP) — A shooting in Seattle's protest zone has left one person dead and another critically injured.

Authorities say the shooting before dawn Saturday happened in the area known as CHOP, which stands for Capitol Hill Occupied Protest.

Police say officers responded to a report of shots fired in a park within the zone but were met by a violent crowd that prevented officers' "safe access to the victims."

Harborview Medical Center spokesperson Susan Gregg says two males with gunshot wounds arrived in a private vehicle at the hospital at at about 3 a.m.

She says a 19-year-old man died and the other male was in critical condition.