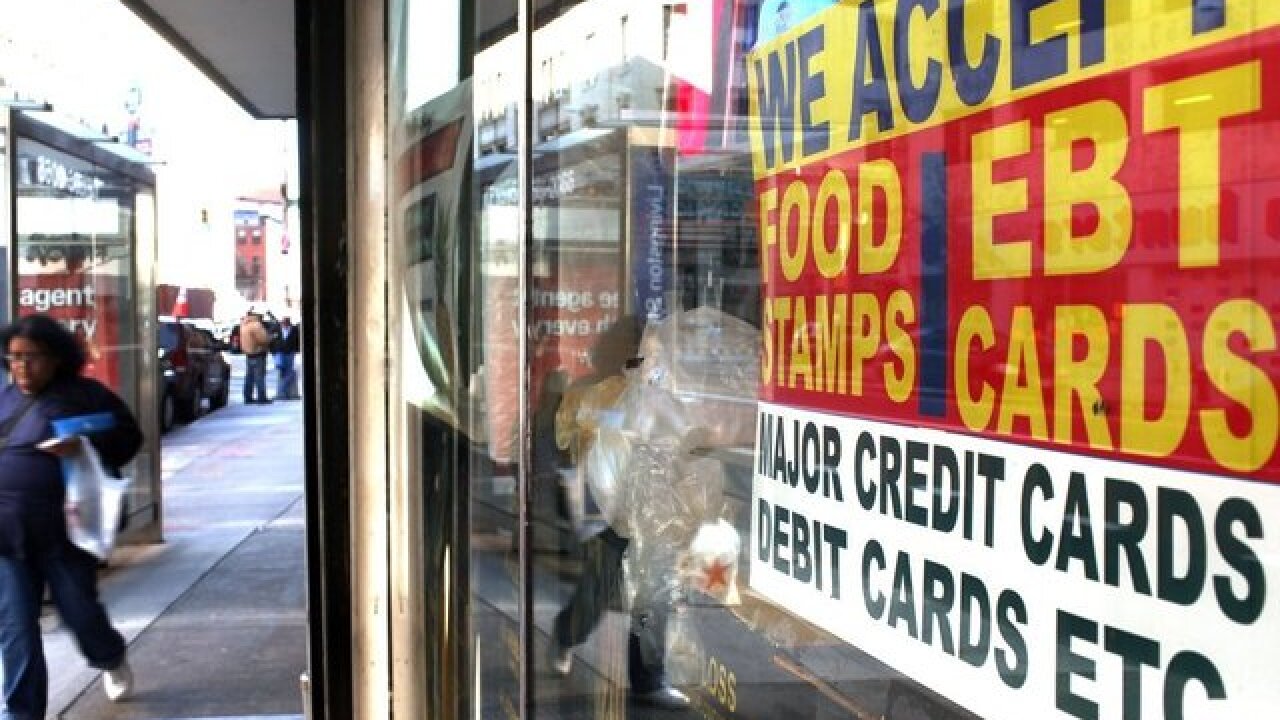 "The federal government should do everything within its authority to empower individuals by providing opportunities for work, including by investing in federal programs that are effective at moving people into the workforce and out of poverty," the order read.

The move is the latest step in the administration's effort to require low-income Americans to work for their federal benefits. The Centers for Medicare & Medicaid Services earlier this year began allowing states to mandate that certain Medicaid enrollees must work for the first time in the program's history, while the Department of Housing and Urban Development is looking into the issue for those in subsidized housing.

The Department of Agriculture also wants to strengthen the work requirements in the food stamp program. Currently, adults without minor children can only receive benefits for three months out of every 36-month period unless they are working or participating in training programs 20 hours a week. However, states can waive that requirement for areas where unemployment is at least 10% or there is an insufficient number of jobs, as defined by the Department of Labor.

Several states, particularly those with Republican leaders, have also been adding work mandates. Kentucky, Indiana and Arkansas have already received approval to require certain Medicaid recipients to participate in community engagement programs, including working, volunteering or job training, while several other states have applications pending before CMS. West Virginia and Wisconsin recently tightened the work requirement provisions in their food stamp programs.

The president is ramping up these efforts after Congress opted to punt on entitlement reform with the midterm elections looming in the fall.

The order outlines nine "Principles of Economic Mobility," which are in line with longstanding Republican ideals. They include improving employment outcomes and economic independence, promoting marriage as a way of escaping poverty, reserving benefits for those truly in need and empowering the private sector to find solutions to poverty. The order directs agencies to provide more flexibility to the states, which administer many of these safety net programs.

Millions of Americans flocked to the nation's government assistance programs in the wake of the Great Recession and the expansion of Medicaid under the Affordable Care Act. More than 74 million Americans are on Medicaid, while more than 41 million people receive food stamps, formally known as the Supplemental Nutrition Assistance Program, or SNAP. (Enrollment in food stamps has drifted down from a peak of more than 47 million in 2013.)

The administration, along with conservative policy experts, argue that this is the perfect time to enforce and expand work requirements because unemployment is near record lows and employers are looking to hire. They are setting their sights on the able-bodied, working-age adults -- particularly childless men -- who have joined the assistance programs in recent years.

The executive order should send a strong signal to federal agencies that they need to prioritize adding or strengthening work requirements, said Robert Doar, who used to oversee New York City's public assistance programs. Getting people to work -- even if they still need some assistance -- is the first step to helping them gain economic independence, he said.

"People can't rise out of poverty if they are only receiving SNAP and Medicaid," said Doar, now a fellow at the conservative American Enterprise Institute. "These programs were meant to supplement earnings, not replace them."

Consumer advocates, however, argue that work requirements will lead to millions of people losing crucial assistance. Putting in place such mandates doesn't take into account barriers to employment, such as medical conditions, child care and transportation.

"So-called 'work requirements' are premised on a set of myths about poverty," said Rebecca Vallas, vice president of the Poverty to Prosperity Program at the left-leaning Center for American Progress.

"First, that 'the poor' are some stagnant group of people who 'just don't want to work.' Second, that anyone who wants a well-paying job can snap her fingers to make one appear. And third, that having a job is all it takes to not be poor," she said.

Many low-income Americans who can work already do, advocates say.

In households that receive SNAP and have at least one non-disabled adult, 58% are employed and 82% worked in the year prior to or after enrollment, according to the Center for American Progress.

Among Medicaid recipients, 60% of able-bodied, working-age adults have jobs, while nearly 80% live in families with at least one member in the labor force, according to a Kaiser Family Foundation analysis. Most of those who don't work cite illness, disability or family obligations as the reason.

Instead of mandating employment, the president could do other things to help Americans gain economic independence, Vallas said.

"If Trump were serious about helping the 'forgotten man and woman' he pledged to fight for during his campaign, he'd be addressing the real problems trapping Americans in poverty -- like the poverty-level minimum wage that's remained stuck at $7.25 for nearly a decade," she said.