Trump to Senate: Vote 'without delay' on his high court pick 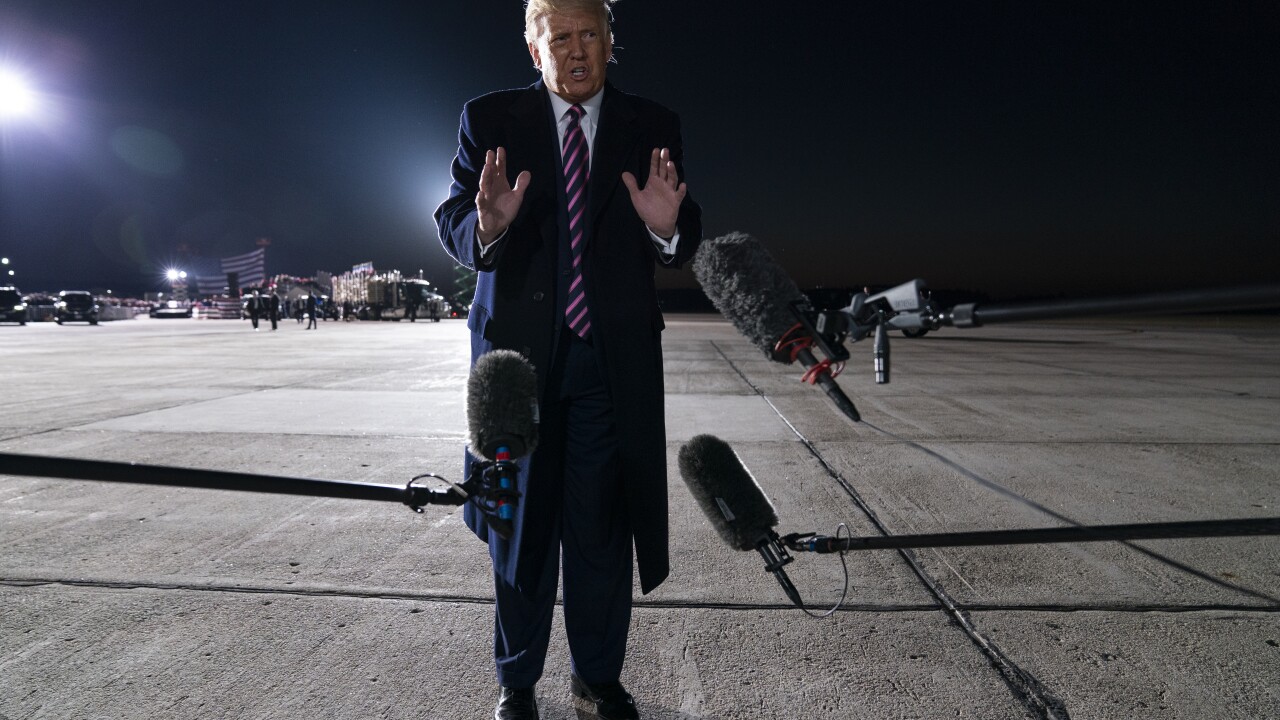 WASHINGTON (AP) — President Donald Trump is urging the Republican-run Senate to consider “without delay” his upcoming nomination to fill the Supreme Court vacancy created by the death of Justice Ruth Bader Ginsburg just six weeks before the election.

The White House is moving quickly to select a nominee, likely before the first presidential debate 10 days away.

One Republican senator opposing a confirmation vote is Maine’s Susan Collins, who is in a tough reelection battle.

In a statement, Collins says she believes replacing Ginsburg should be the decision of the president who is elected Nov. 3.