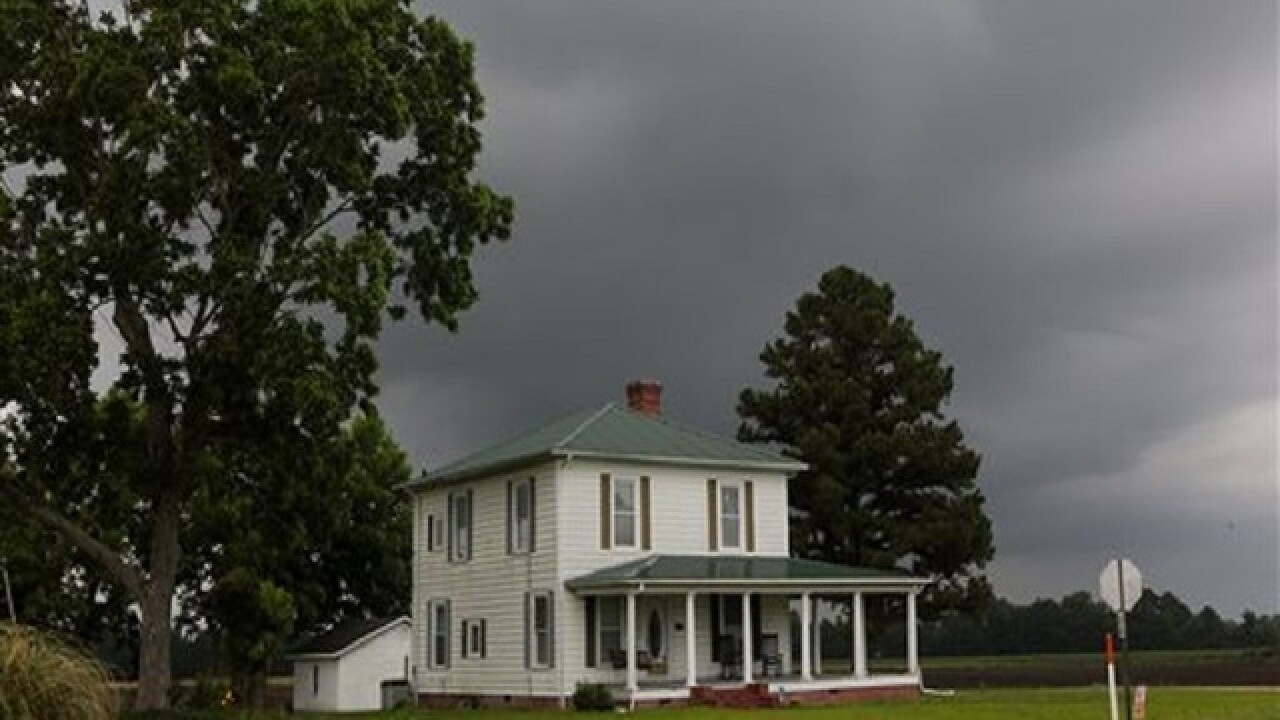 By: Associated Press
Posted at 2:50 AM, Jun 07, 2016
TAMPA, Fla. (AP) — Tropical Storm Colin was expected to continue dropping heavy rains over the Southeast on Tuesday after moving across northern Florida, knocking out power and flooding roads.

Florida Gov. Rick Scott declared a state of emergency as the storm churned its way across the state into southeast Georgia, and The National Hurricane Center said Colin marked the earliest that a third named storm has ever formed in the Atlantic basin.

By 5 a.m. EDT Tuesday, the storm was moving into the Atlantic, away from the Georgia coast.

The below footage of flooding is from the St. Pete Beach area near Tampa.

Scott said in an interview that there were no reports of major damage, but the state will be tracking flooding from the sudden deluge of rain, much of which fell during high tides Monday. He said Florida has seen severe flooding in unlikely places after previous storms.

"We'll just see how well it runs off," Scott said. "I always remember back to (Tropical Storm) Isaac in 2012, it went west but we had unbelievable flooding in Palm Beach County."

Colin's maximum sustained winds Tuesday morning were near 50 mph (85 kph) with some strengthening forecast after the storm moved into the Atlantic. But National Hurricane Center said Colin was expected to lose its tropical cyclone status by Tuesday night.

The storm disrupted schools and summer programs. Many were dismissed early Monday, and two high school graduations in the Tampa Bay area were postponed due to the storms, with both ceremonies being moved to Wednesday night and Thursday. Winds from Colin also closed the Sunshine Skyway Bridge in Tampa.

The high winds and rain also knocked out power to about 10,000 Floridians heading into Monday evening from the Tampa Bay area to Jacksonville.

Colin produced rainfall amounts of 3 to 6 inches, and forecasters said up to 8 inches were possible across north Florida, southeastern Georgia and coastal areas of the Carolinas through Tuesday. Tornadoes were also a possibility across parts of the coastal Carolinas on Tuesday, the National Hurricane Center said.

Not everyone in Florida was hunkering down. About 50 people were in the water with surfboards off Treasure Island to take advantage of the rare 2-3-foot swells breaking in the Gulf's warm waters.

"It's like man against nature," said Derek Wiltison of Atlantic Beach. "Surfers tend to drop what they're doing — work, relationships, whatever — to go out and catch a wave."