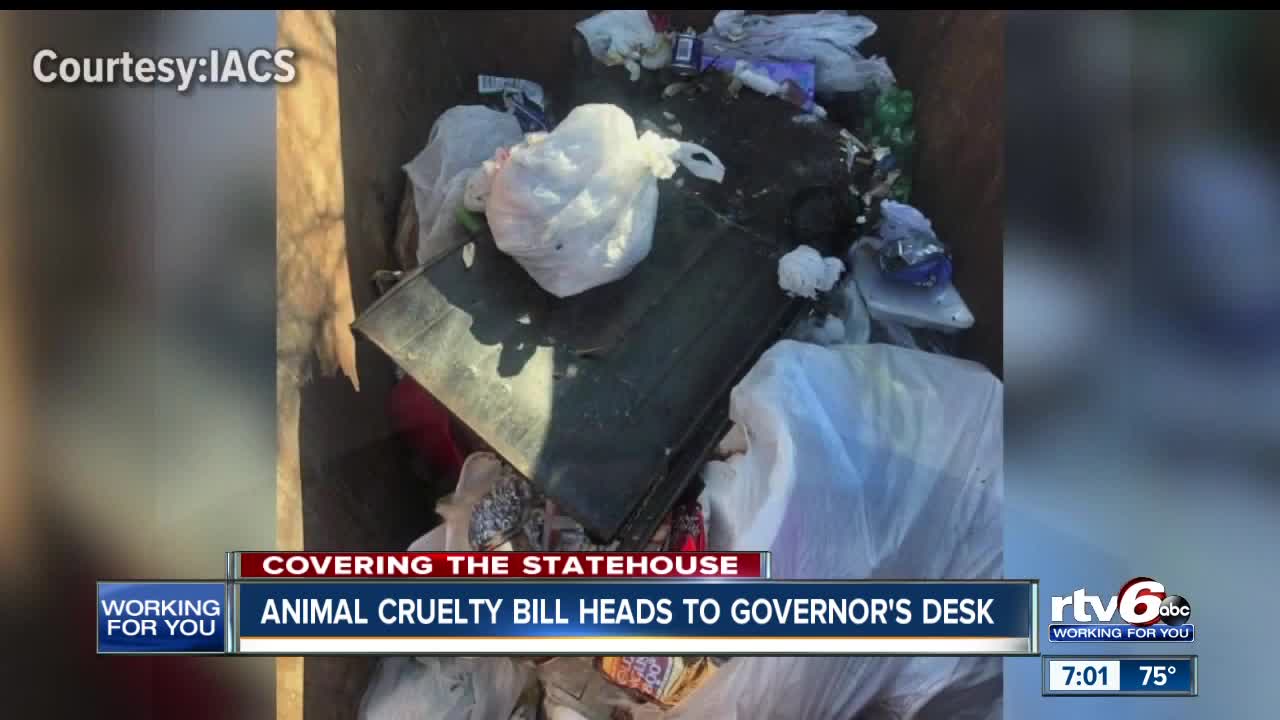 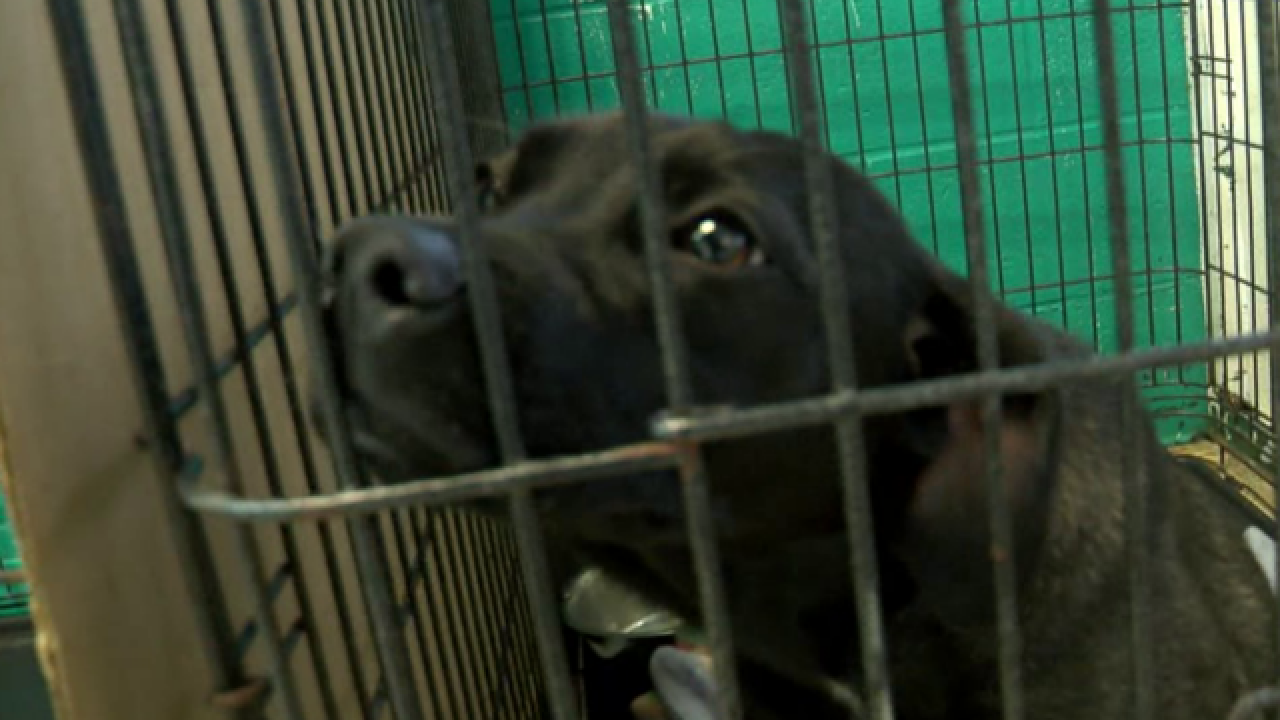 INDIANAPOLIS — Legislation is headed to the Governor’s desk that would increase the penalties against people who mistreat animals.

Representative Ryan Hatfield, D-Evansville, authored House Bill 1615, which would raise base penalties for crimes such as abandoning or abusing an animal from a Class A Misdemeanor to a Level 6 Felony.

Hatfield announced Wednesday afternoon the animal cruelty bill received its final unanimous vote of support from the legislature and is now headed to Governor Eric Holcomb for his signature.

The animal welfare community expressed outrage this year after an Indianapolis man was sentenced to a year of probation after his dog was found frozen to death.

Turentine was charged with a Class A Misdemeanor, not a felony.

A Class A Misdemeanor is punishable up to one year in jail and a fine of up to $5,000, while a Level 6 Felony includes up to two and a half years behind bars.

“Currently the worst charge someone can receive for animal cruelty is a Level 6 Felony,” Hatfield said. “This bill raises that charge to a Level 5 Felony and replaces the fixed minimum with a Level 6 Felony rather than a Class A Misdemeanor.”

IF the animal abuser mutilates or kills an animal, the conviction would be raised from a Level 6 Felony to a Level 5 Felony, which could mean up to six years in prison.

“FBI Profiler Robert Ressler says, ‘Murderers often start out by killing and torturing animals,’” Hatfield added. “There is a direct link between people who abuse animals and people who abuse other people. Thus, when we strengthen animal cruelty crimes to protect animals, we also protect our children.”