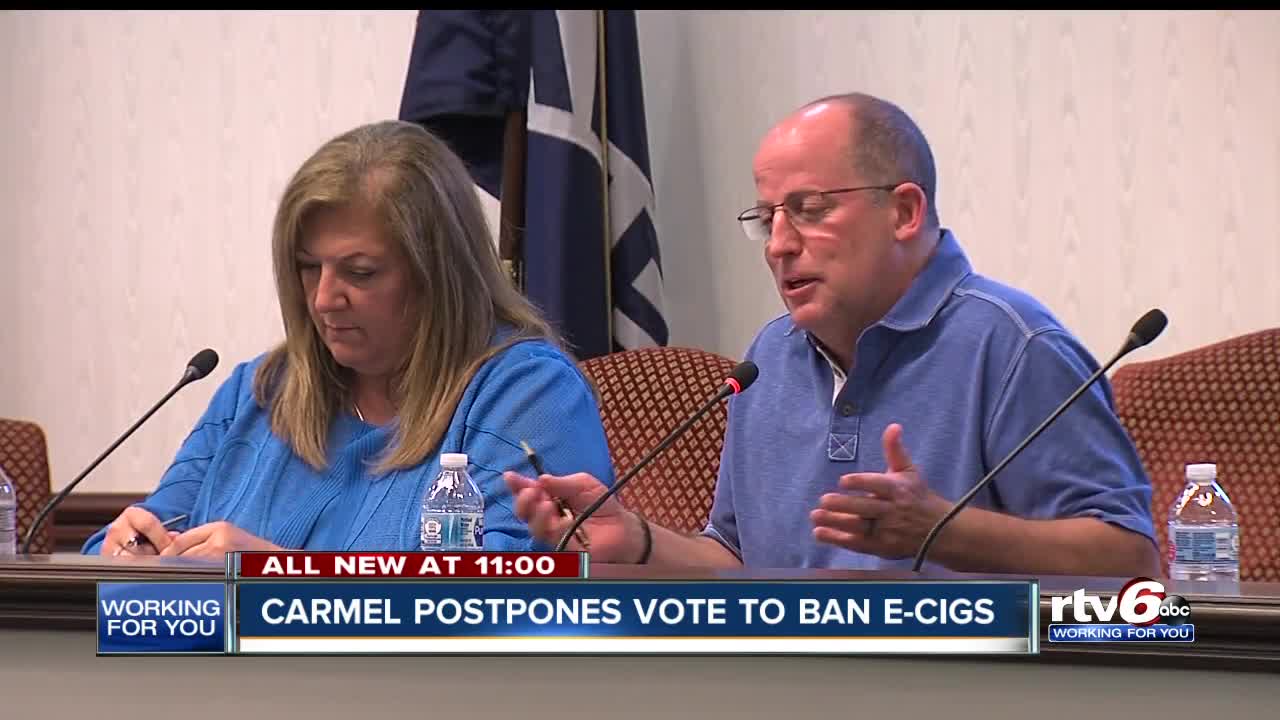 The battle over electronic cigarettes in Carmel is on hold, again.

INDIANAPOLIS — City Council Committee postponed a vote that would ban the use of e-cigarettes in many public places on Wednesday. The committee also delayed the vote earlier this month.

Supporters of the ban say they're concerned about young people and their future. Carmel High School resource officers say they've found students vaping in the bathrooms, classrooms and even at home.

READ | Carmel could ban e-cigarettes in schools, libraries and malls |

"I'm really concerned more about the youth than I am then the general public, at this point," Nancy Chance, Executive Director of Good Samaritan Network of Hamilton County, said. "Because I see so much of this vaping is going on in grade schools. We get calls from teachers asking what to do. And I'm really concerned if they don't take a hard stance on the vaping issue we're going to see some major issues five to ten years down the way."

A U.S. Senate bill that would raise the e-cigarette and tobacco purchasing age to 21nationwide passed out of committee on Wednesday. Indiana Senator Todd Young sponsors the law.