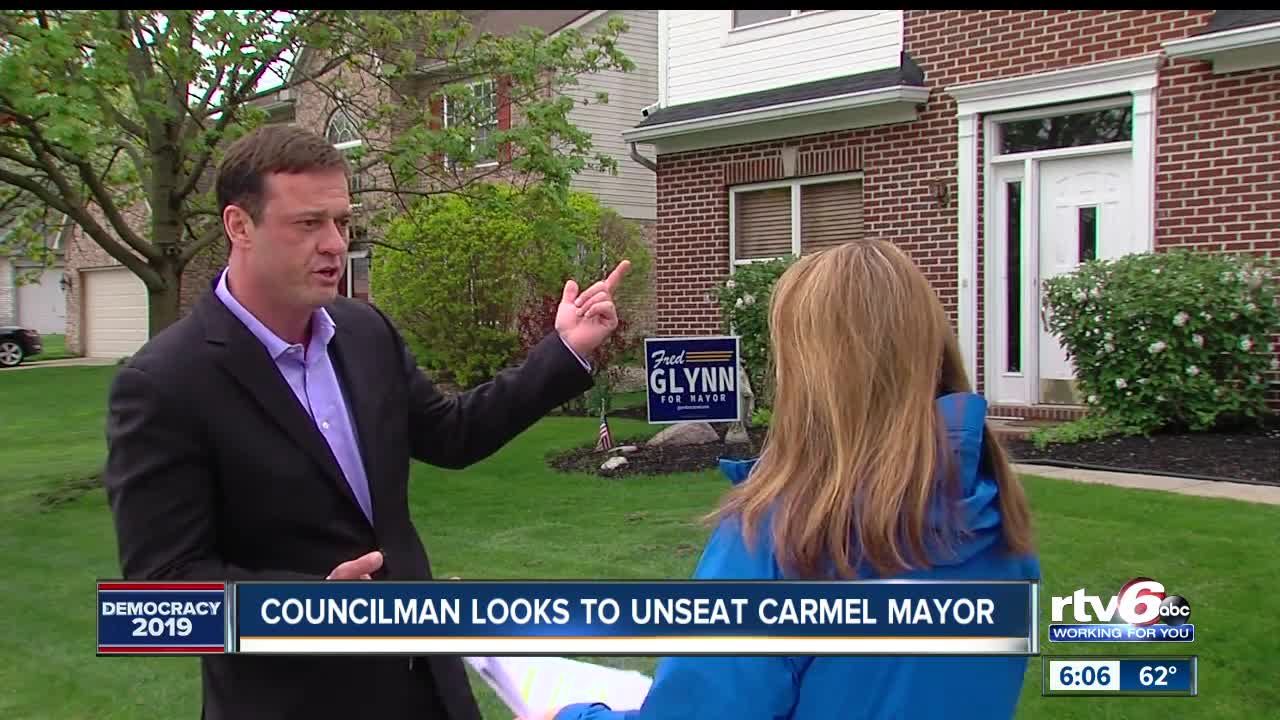 Brainard was first elected mayor of the City of Carmel back in 1995.

The City of Carmel is consistently voted one of the best and safest places to live in the country.

Fellow Republican and challenger Fred Glynn said it could be even better.

"We need new leadership,” Glynn said. “He's been in there for 24 years. We need some fresh thinking and new ideas.”

Glynn works as a loan officer for his day job, as well as a Hamilton County council member.

“We need to stop racking up debt and stop pushing for density,” Glynn said. “What is Carmel going to look like in 10 years? That’s the question.”

Glynn pointed to public private projects, such as hotels, that are paid for with city bonds.

“We’ve got to stop giving our money away to developers,” Glynn said.

Glynn shared a 2017 report from S&P Global that said Carmel’s long-term debt grew by over $300 million in just three years.

“The annual debt costs are already high, and are estimated to grow 71% by 2022,” read the report. “The city doesn’t have a high reserve cushion, relative to the size of annual debt services, to carry it through extended stressful periods.”

Glynn said eventually, taxpayers will see their taxes go up.

Glynn said as he’s knocked on doors, citizens tell him they want to see less development.

“Do you want to be surrounded by apartments and have development shoved down your throat or do you want someone who is going to work with the community and consider every stakeholder that's involved,” said Glynn. “That's what kind of leader I will be. "

Glynn said if elected, this is what he plans to accomplish in his first 100 days in office:

Mayor Jim Brainard was scheduled to do an interview with RTV6 on April 29. However, that day, RTV6 received an email from his office canceling the interview.

When RTV6 attempted to reschedule the interview, Brainard’s office said no.

“I have heard back from Community Relations and they have advised that Mayor Brainard is not conducting any media interviews for the rest of the week,” Candy Martin, administrative assistant to the mayor, said.

Republicans Brainard and Glynn face off on May 7.

It’s not yet clear if they will face an opponent from the Democratic Party in the November election.