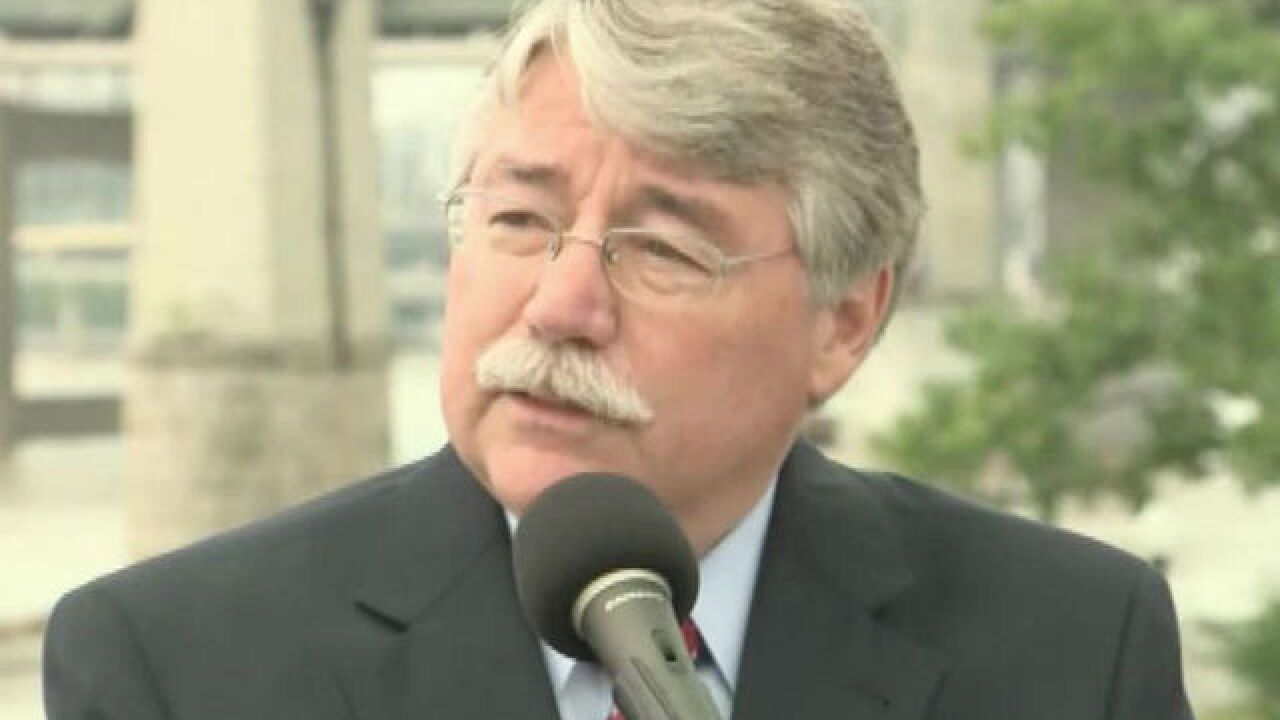 Indiana Attorney General Greg Zoeller is clarifying why he is not getting involved in a battle over access to legislative emails, this as a number of groups vowed to keep fighting for more transparency.

Non-partisan government watchdog group Common Cause Indiana asked Zoeller to weigh in on the issue of whether state lawmakers should be required to turn over their emails to the public and other groups who request them under the Indiana Access to Public Records Act.

“I do want to clear up a misunderstanding that I think the lobbyists at Common Cause intentionally created,” said Zoeller on Thursday. “They asked me to file an amicus brief on an issue that was not before the Court of Appeals. No lawyer, not just my office, but no lawyer can go into the Court of Appeals and argue a case that’s not presented.”

Zoeller said issuing an opinion on the email flap would require his office to take a legal position in opposition to their own client: state government.

“I represent the legislature almost every day, when there are challenges to the acts of the legislature,” said Zoeller. “These are my clients, and the separation of powers issue is one that is very important to the defense of the legislature. It’s part of our constitutional protections.”

Common Cause, the Citizens Action Coalition and the Energy and Policy Institute filed a lawsuit  against the Indiana House Republican Caucus and Rep. Eric Koch (R-Bedford) alleging they violated the Indiana Access to Public Records Act by not providing  access to lawmaker emails.

The Indiana House has said the public records laws do not apply to them, despite an opinion from the Indiana Public Access Counselor that says the General Assembly should follow the state's APRA.

The Indiana House of Representatives hired two outside attorneys to defend itself from the lawsuit, which was dismissed by a Marion County court.

On Thursday, Common Cause Indiana, the Citizens Action Coalition and the Energy & Policy Institute filed an appeal and asked the Supreme Court to assume emergency jurisdiction over the case, thus bypassing the Court of Appeals.

The appeal said the issue is of “great importance to the public” and that Indiana citizens should have “full and complete information regarding the affairs of government.”

Zoeller issued an official response to Common Cause on Sept. 2.

Julia Vaughn, Policy Director for Common Cause Indiana, expressed frustration about Zoeller's decision not to issue a brief on the legislative email issue.

"We're disappointed the AG is using the separation of powers principle to avoid taking a firm stand against legislative secrecy," Vaughn said. "He is assuming that the Access to Public Records Act's application to the General Assembly violates that doctrine, which isn't warranted in this case.

Zoeller emphasized he does stand up for transparency, pointing to a brief issued regarding University of Notre Dame police records.

Zoeller will host a series of events around the state focused on public engagement in government, including access to public records.

“I think open records, public access, those are important parts of that civic engagement, and it’s something I’m very protective of,” said Zoeller. “We’ve done a lot in this area, and I want maintain the credibility of the office of the Attorney General that I serve.”

The controversy over access to emails stems from public records requests submitted by the Energy and Policy Institute out of Washington for emails, documents and other correspondence between Rep. Eric Koch and various groups.

The Energy and Policy Institute submitted public records requests on Jan. 16 and Feb. 2 to obtain copies of correspondence between Koch, his staff and investor-owned utilities, as well as organizations like the Edison Electric Institute.