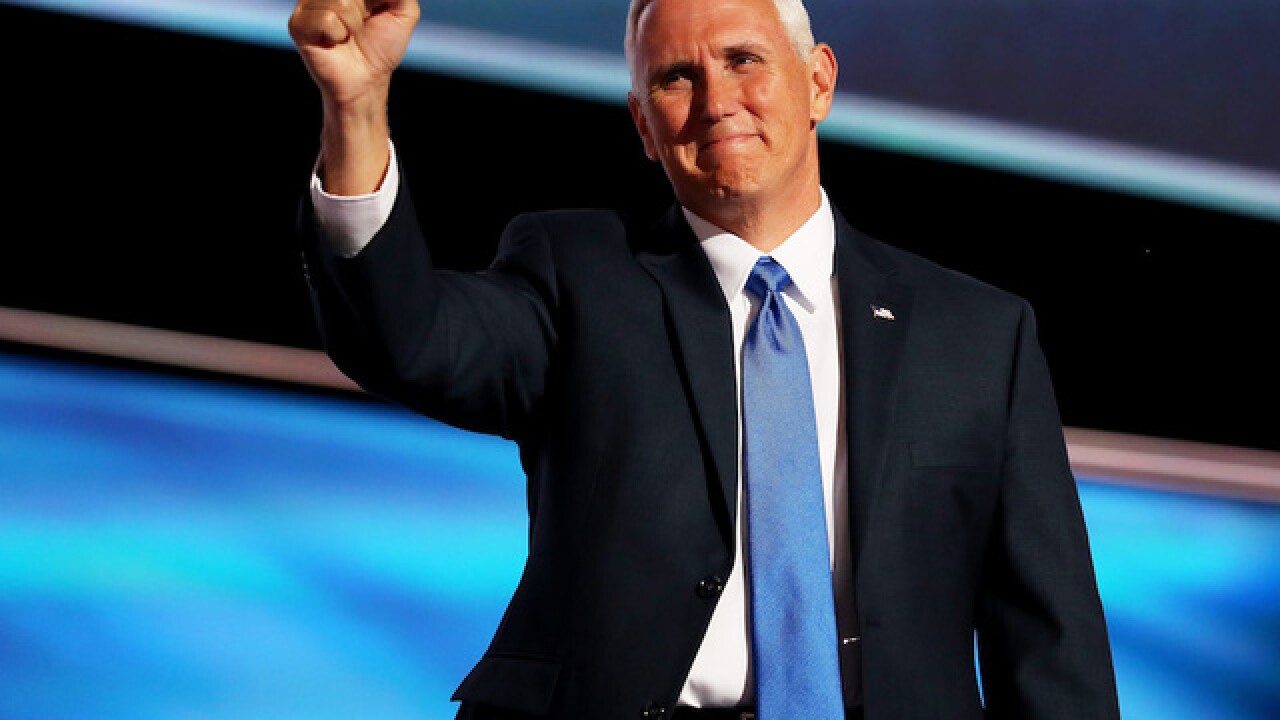 Copyright Getty Images
John Moore
<p>CLEVELAND, OH - JULY 20: Republican Vice Presidential candidate Mike Pence acknowledges the crowd as he walks on stage to deliver a speech on the third day of the Republican National Convention on July 20, 2016 at the Quicken Loans Arena in Cleveland, Ohio. (Photo by John Moore/Getty Images)</p>

Vice President Mike Pence cast his eighth tiebreaking vote in the U.S. Senate on Wednesday – placing him in a tie for the 10th-most prolific tiebreaking vice president in American history.

Pence was called upon to break a 50-49 stalemate (most items in the Senate require a simple majority of 51 votes) over whether to confirm Kansas Gov. Sam Brownback as ambassador-at-large for international religious freedom.

The vote was Pence’s second tiebreaker of the day. His seventh tiebreaking vote as vice president came just hours earlier, when he voted to advance Brownback’s nomination by President Donald Trump to a final vote.

Pence’s vote Wednesday means Brownback will become the fifth person to serve as the ambassador-at-large for religious freedom since the position was created by the International Religious Freedom Act of 1998 under then-President Bill Clinton.

The Kansas governor, a former evangelical Christian who converted to Catholicism, was a controversial choice for the role due to his staunch opposition to LGBT rights. His nomination was opposed by groups like the ACLU and the Council on American-Islamic Relations, but celebrated in conservative Christian circles.

Brownback will leave his post as governor of Kansas, where he has consisted been rated as one of the most unpopular governors in America. A 2017 poll of 85,000 registered voters conducted by the polling firm Morning Consult found Brownback had a disapproval rating of 66 percent – second only to New Jersey Governor Chris Christie, who had a 71 percent disapproval rating.

Just a year into his term as vice president, Pence has found himself repeatedly called upon to break ties in the Republican-controlled Senate. Pence cast his first tiebreaking vote just weeks into the job on Feb. 7, when he broke a tie to confirm Betsy DeVos as secretary of education. The vote was also the first time in history a vice president had broken a tie in a Cabinet nomination vote.

Pence still has a way to go before he can claim the title of Hoosier vice president with the most tiebreaking votes. At 18 tiebreakers, Republican Schuyler Colfax, who served from 1869-1873 under President Ulysses S. Grant, holds the fourth spot among all former U.S. vice presidents. Democratic-Republican John C. Calhoun of South Carolina holds the top spot with 31 tiebreaking votes cast between his terms as vice president under John Quincy Adams and then Andrew Jackson.