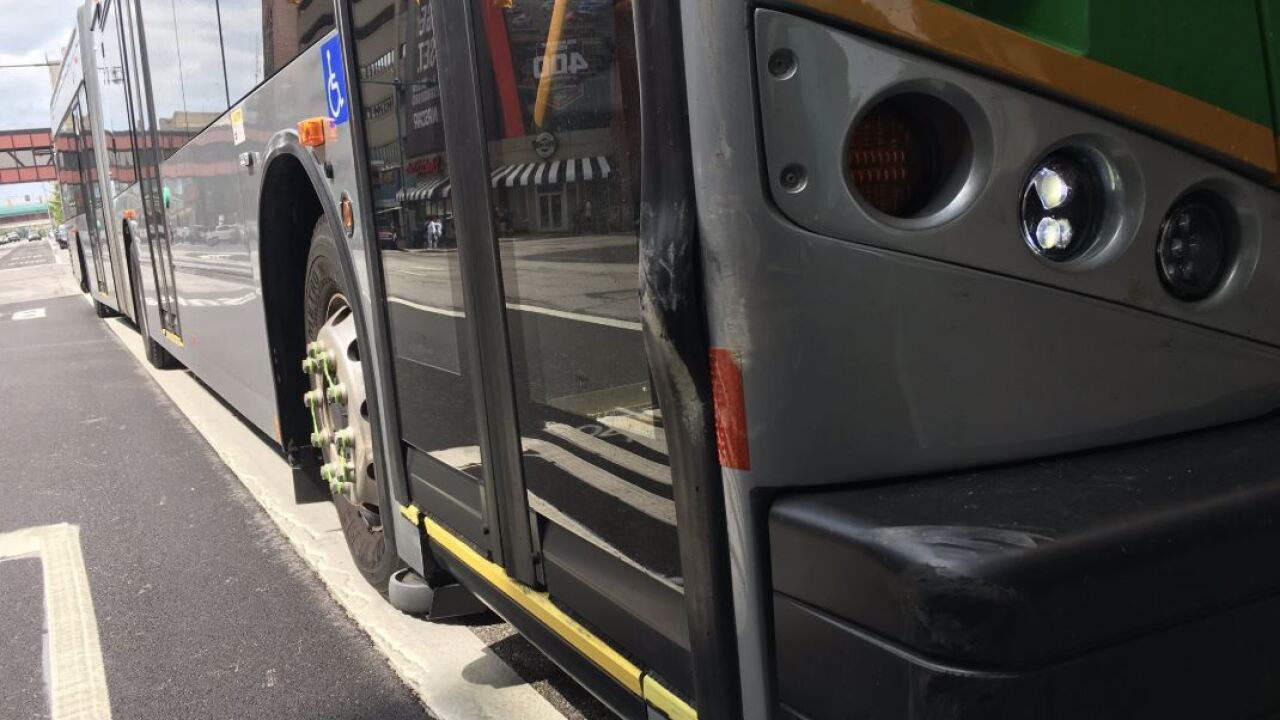 Around 1 p.m., the crash happened near West Mayland and Illinois streets when a truck turned from the right side of the bus to go left onto Illinois Street and struck the bus.

BREAKING NEWS: We just had an accident. A car turned in front of our #RedLine bus. We hit the truck and the driver sped off.

The bus driver was not at fault.

This was a hit and run!

Here is the damage. The pick up truck the ran from the scene has damage rear end damage and is missing a tail light. pic.twitter.com/W8EKHqot1I

A pedestrian who witnessed the crash caught pictures of the alleged suspect's truck.

A pedestrian who witnessed the crash caught these pictures of the truck as he sped away. #RedLine @IndyGoBus @RTV6 pic.twitter.com/ibyrf4Zzd2

No injuries were reported.

RTV6 has reached out to IndyGo and Indianapolis Metropolitan Police Department for more information by email and is awaiting a response.