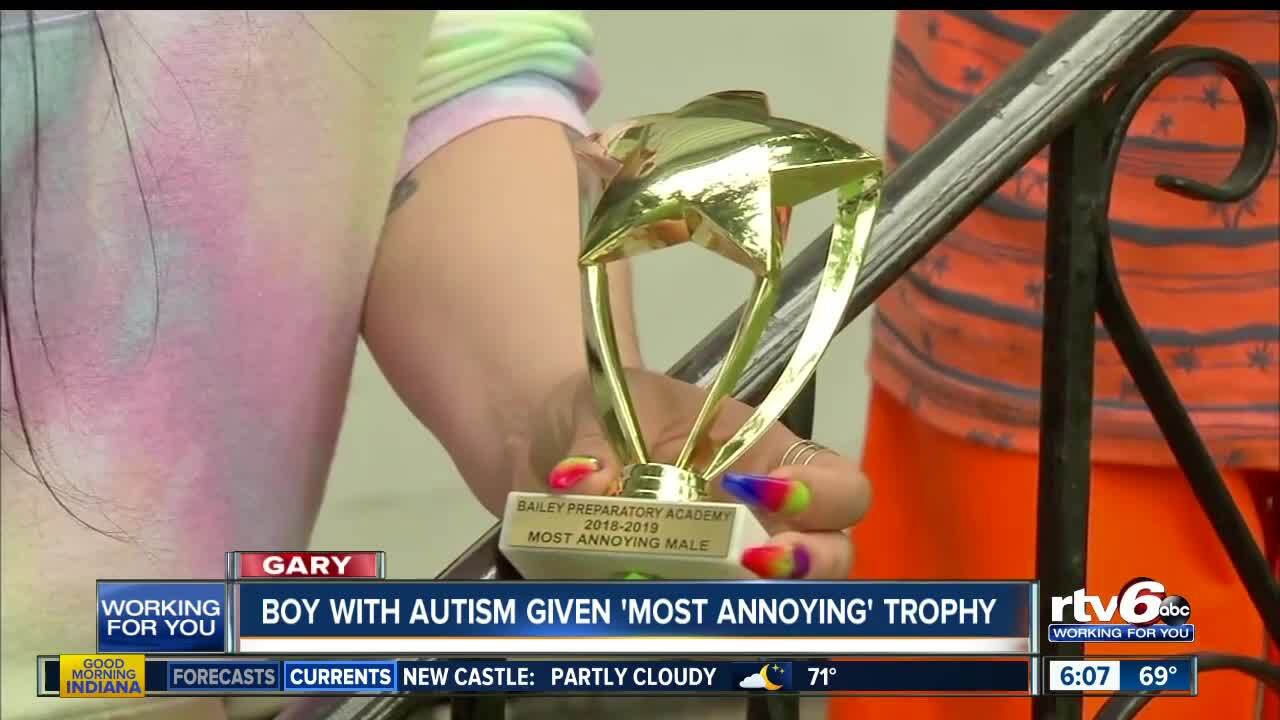 GARY (AP) — A school district in northwestern Indiana says it's seeking to fire a principal after a special needs teacher awarded an 11-year-old autistic student a trophy naming him the "most annoying male" of the school year.

A Bailly Preparatory Academy teacher gave the boy the trophy May 23 during a fifth-grade awards luncheon attended by students, parents and the school principal.

The teacher and two others were notified last week that the district will seek to cancel their contracts.

Information from: The Times, http://www.nwitimes.com