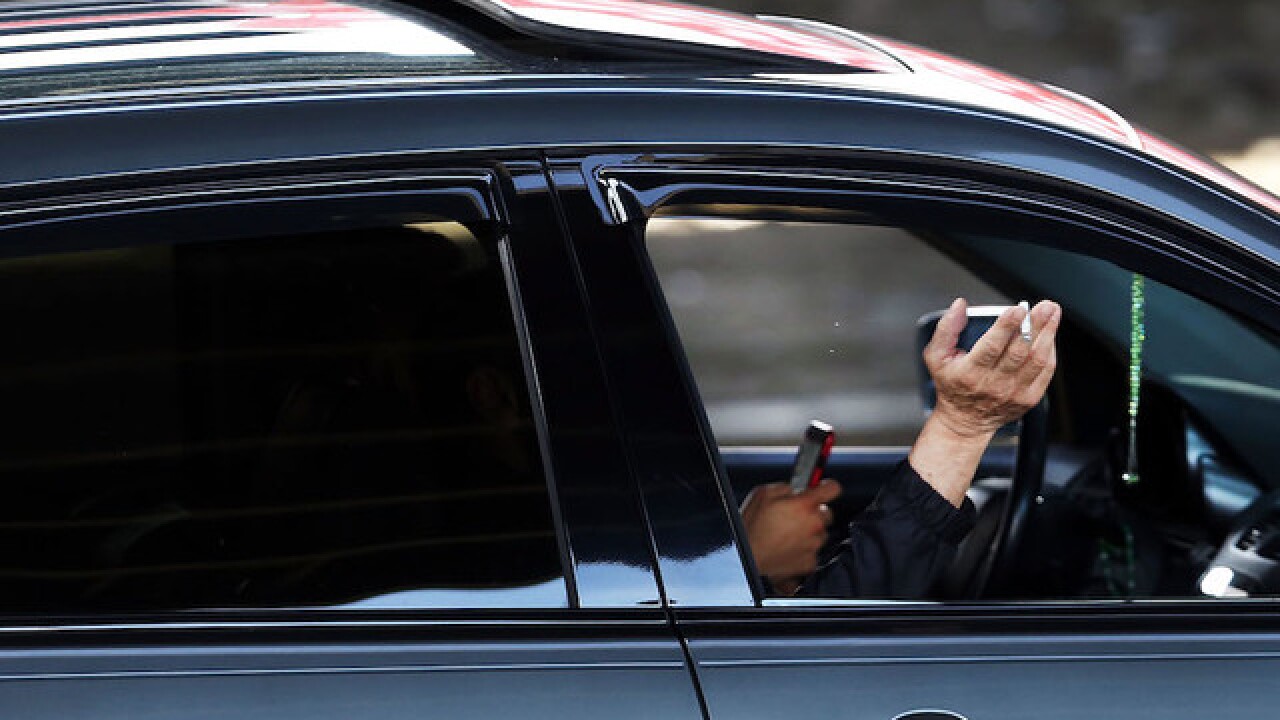 Copyright Getty Images
Spencer Platt
<p>NEW YORK, NY - APRIL 30: A passenger smokes while a driver uses a phone while behind the wheel of a car on April 30, 2016 in New York City. (Photo by Spencer Platt/Getty Images)</p>

INDIANAPOLIS — The new state law prohibiting Hoosiers from holding their phone while driving began on July 1.

Indiana State Police troopers wasted no time in making sure Hoosiers knew about the hands-free law. Numbers indicate a stark contrast from the state's 2011 "Distracted Driving" law that was said to be unenforceable by officers.

Now, a driver who gets caught by the police on their phone texting, browsing the internet, accessing maps, or nearly any other reason is subject to a fine of up to $500.

In the laws first month, ISP handed out approximately 191 warnings and 13 citations.

Cellphone usage while driving must be hands-free or voice-operated. A driver is allowed to use a handheld phone in an emergency.