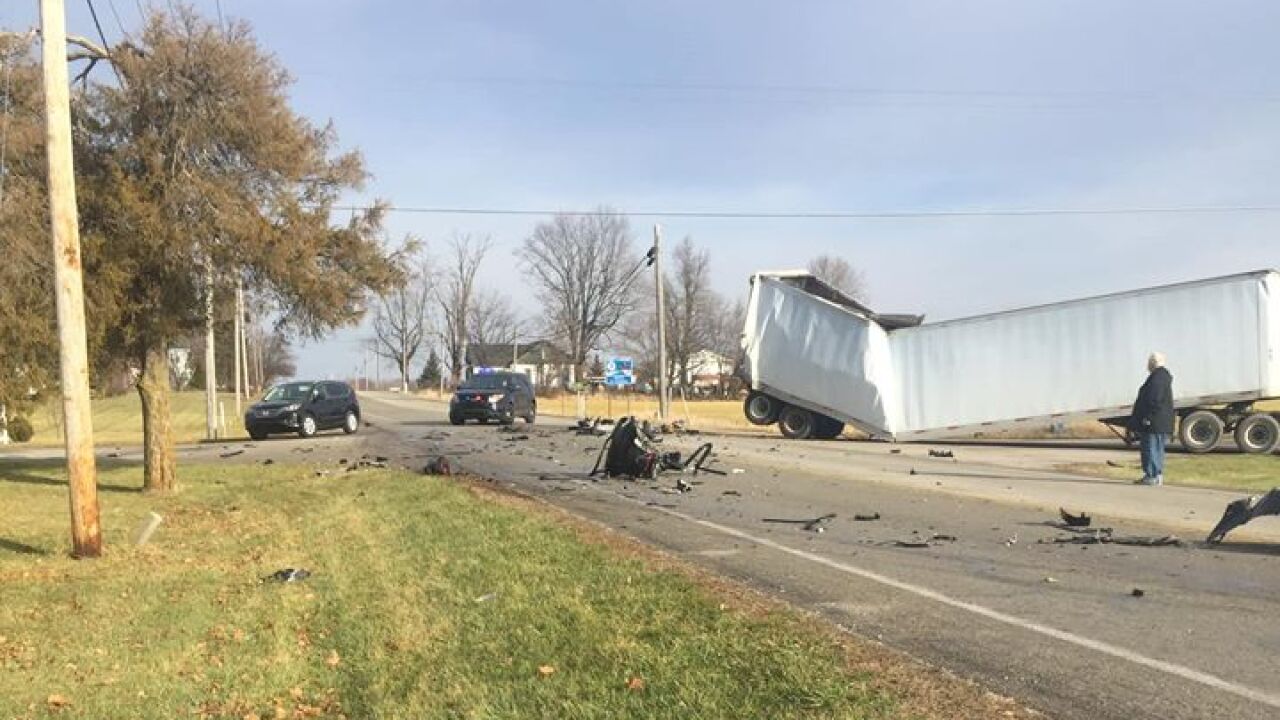 BLACKFORD COUNTY — Three people were seriously injured when an ambulance ran into the back of a semi trailer in Blackford County Monday morning.

Blackford County Sheriff Jeff Sones said an IU Health Lifeline Ambulance was on an emergency transport to Muncie around 10 a.m. when the crash happened. Sones said the ambulance driver was attempting to pass a semi that was turning near the intersection of SR 300 S and Indiana 3 and the ambulance ran into the back of the semi's trailer.

Two paramedics and the driver of the ambulance were injured in the crash, Sones said. The patient, who was in the ambulance at the time of the crash, is not believed to have sustained any additional injuries. They were all taken to IU Health Ball Memorial Hospital for treatment. Their conditions are unknown at this time.

The driver of the semi-truck was not injured, Sones said.

Photos below from the scene were provided by Rex White.