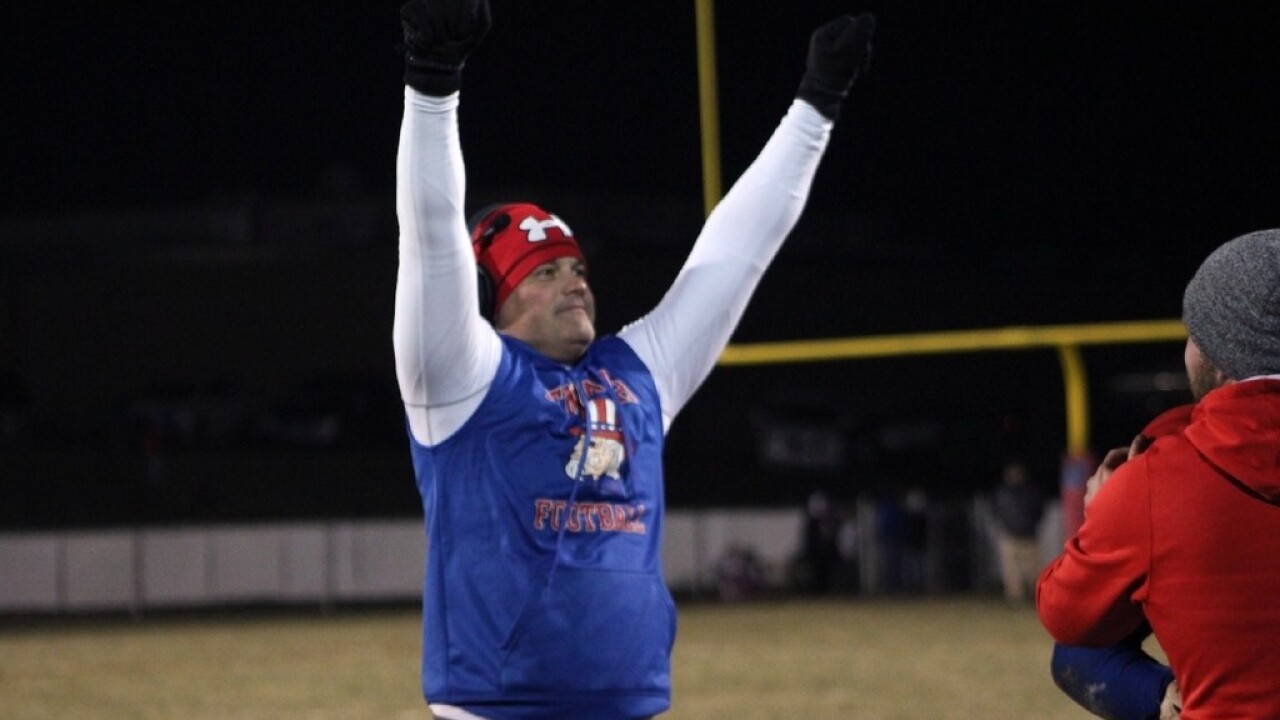 West Washington School Corporation has been posting updates on Coach Phillip Bowsman after he suffered what they called a "minor stroke" as a result of a blood clot while the team played at Lutheran High School in Indianapolis.

An honor walk is planned on Wednesday at St. Vincent Hospital on 86th Street in Indianapolis, the school posted.

The school has set up a memorial at the Senator Football Field, the school said.

Bowsman, who has been employed by West Washington Schools for 19 years, is the athletic director and head varsity football coach.

The first update early Saturday morning from the school said Bowsman was doing well and was expected to make a full recovery.

Later Saturday, the school posted that Bowsman had complications and had to undergo brain surgery because of pressure and swelling.

On Sunday, the school posted a final update that because of those complications, Bowsman was not expected to survive.

"Phillip Bowsman is having complications associated with a stroke and currently being supported by a vent. He will be taken off the vent early tomorrow and the doctors believe he will pass peacefully shortly after," the school posted.

West Washington canceled school on Monday and Tuesday because of the news. They will be open and offering counseling services to student and staff throughout the day.

"I know this is an inconvenience for some but I ask you to please be understanding. Phillip is a dear friend of many of our staff, family to some and a father figure to many," the school posted.

According to West Washington Schools, Bowsman began his career as a health/PE teacher and assistant coach and has been the head varsity coach at the school for 16 years. He has been the athletic director for the past seven years.