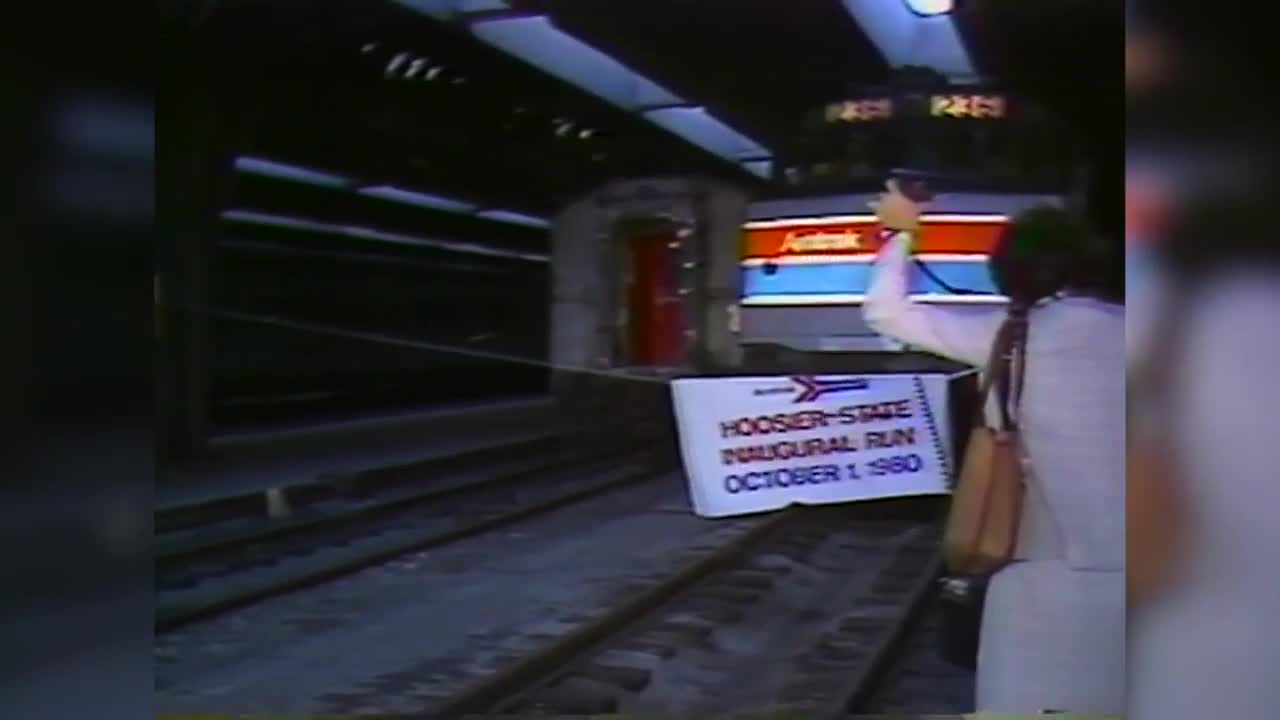 INDIANAPOLIS — In 1980, a new rail service started and helped connect people between Indianapolis and Chicago.

But in June 2019, the Amtrak Hoosier State Line made its final departure.

Former Channel 6 reporter Ken Nelson was at Union Station in downtown Indianapolis for the train’s inaugural trip to Chicago. Also on board were Indianapolis Mayor Bill Hudnut and U.S. Senator Birch Bayh who was instrumental in securing the Hoosier State. The pair christened the Amtrak locomotive shortly before it’s 7:30 a.m. departure.

You can watch Nelson's report in the player above.