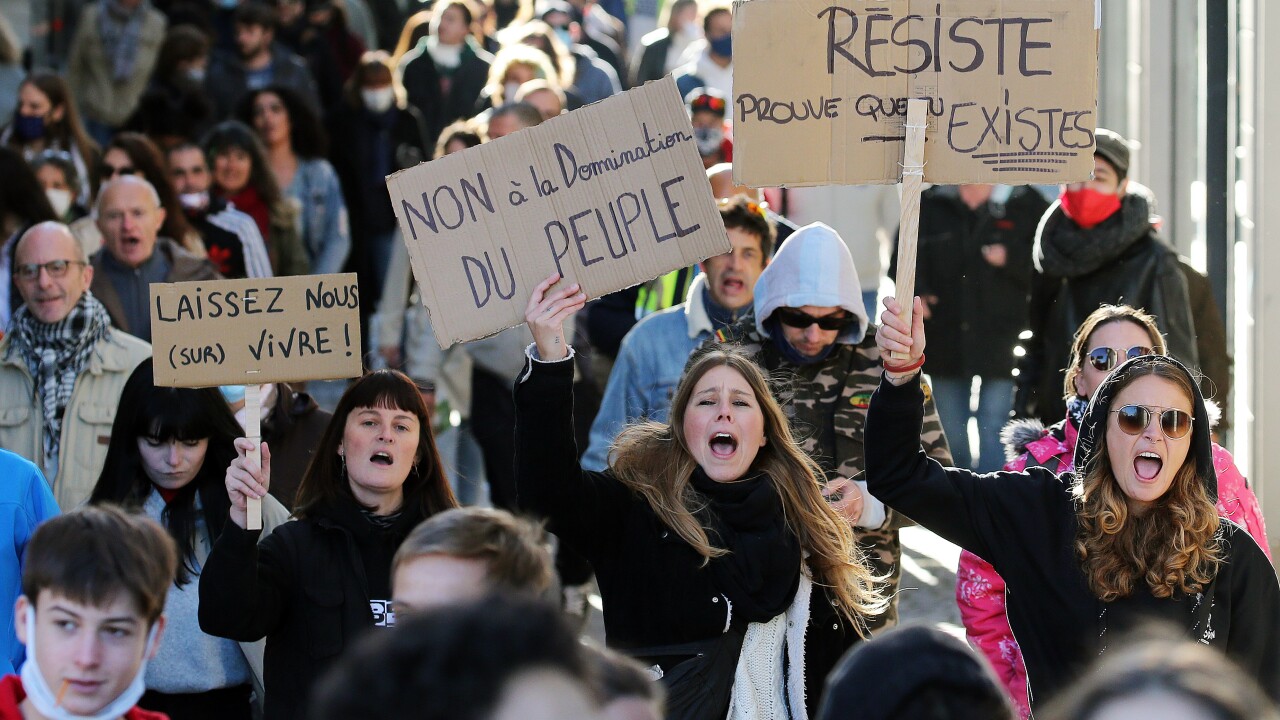 Bob Edme/AP
Demonstrators hold placards read " No to the domination of the people" and "Resists" as they protest in Bayonne, southwestern France, Saturday, Nov. 21, 2020. Rights campaigners and journalists organizations staged street protests in Paris and other French cities against a security bill that they say would be a violation of the freedom of information. The proposed measure would create a new criminal offense of publishing images of police officers with intent to cause them harm. (AP Photo/Bob Edme)

PARIS (AP) — Thousands of people in France have protested a proposed security law that would make it a criminal offense to publish images of police officers with the intent to cause them harm.

The government says the proposal is intended to protect officers from online calls for violence.

Critics fear that, if enacted, the measure would be used to punish journalists and other observers who take videos of officers at work.

Police used water cannons to disperse the protest crowd in Paris as minor scuffles broke out at the end of Saturday's demonstration.