London's famous Tower Bridge gets stuck in an open position 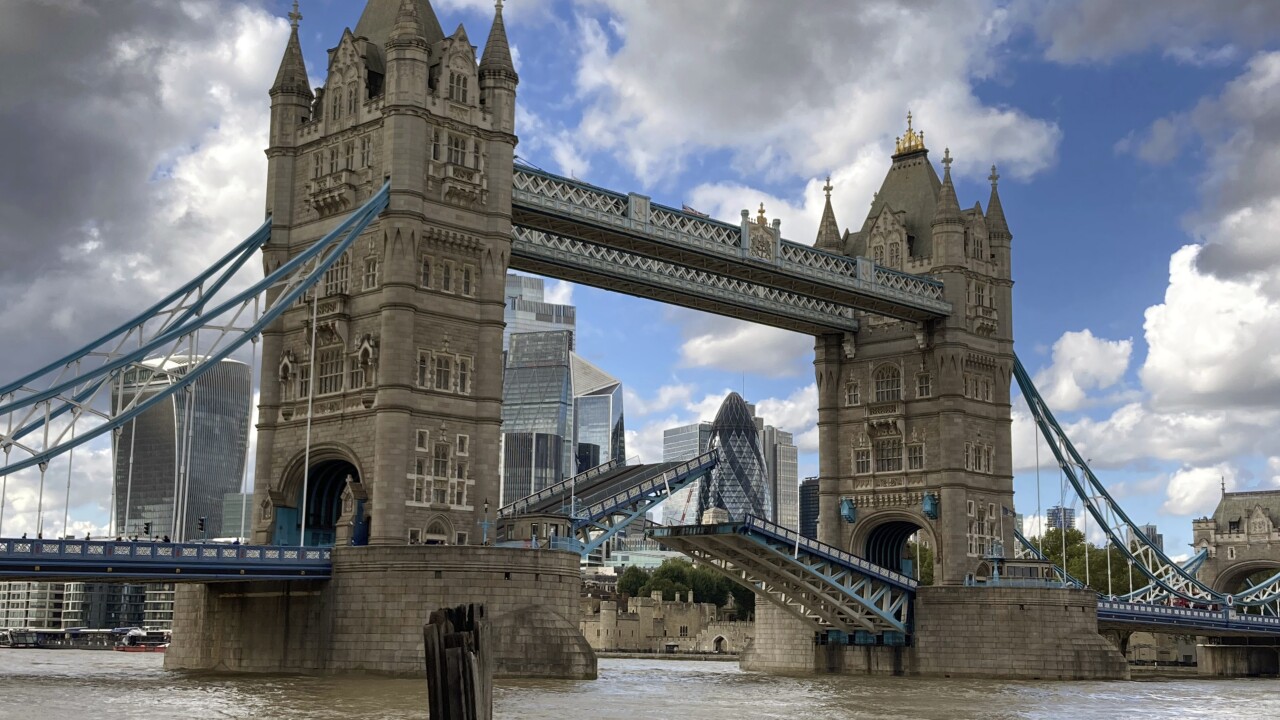 Tony Hicks/AP
Tower Bridge crossing the River Thames is stuck open, leaving traffic in chaos and onlookers stunned as the iconic river crossing remains open, in London, Saturday Aug. 22, 2020. The historic bridge has failed to close Saturday after opening to allow ships to pass underneath on the River Thames. (AP Photo / Tony Hicks)

LONDON (AP) — London's famous Tower Bridge, which crosses the River Thames in the heart of the British capital, somehow became stuck open, leaving traffic in chaos and onlookers amazed at the sight.

The historic bascule-and-suspension bridge failed to close Saturday after opening to allow ships to pass underneath on the Thames.

City of London police tweeted shortly after 5 p.m. that the bridge was closed to pedestrians and traffic and mechanics were working to fix the problem.

An hour later, police tweeted that the bridge had reopened.