A grieving father is on a mission to help other families 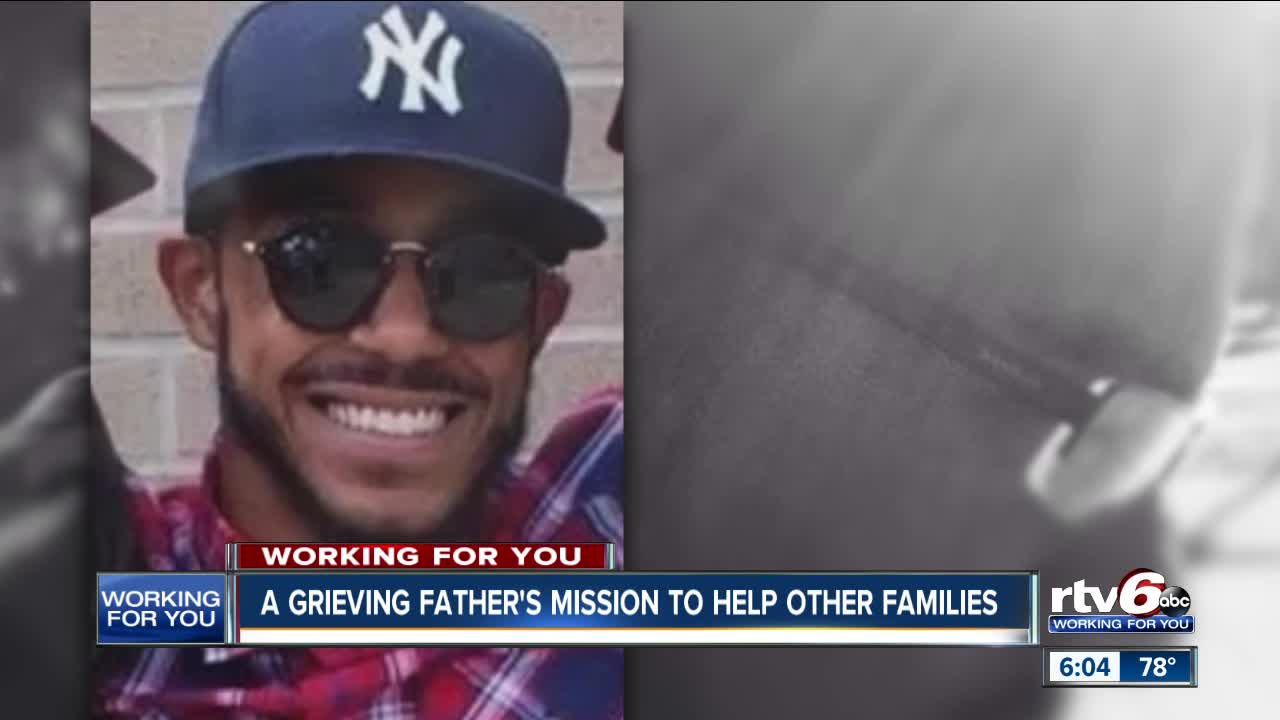 A grieving father's mission to help other families

INDIANAPOLIS — A father is turning his personal pain into passion and a mission. His son, shot and killed during a jazz concert in Indianapolis, he's now aiming to help other families impacted by gun violence.

"Hopeless," Craig Joseph said. "He was my only child."

Joseph's son, Christopher "CJ" Joseph's, life was cut short at just 26 years old when he was killed while attending a jazz concert in 2016 at Watkins Park.

"It took me literally one year to resolve, get myself, pick myself back up and it was either I was going to sit and continue to lament and be very heartbroken or I was going to do something about it to begin to heal," Joseph said. "And the best way for me to do that was to raise money to help other families."

Joseph started the HoHoff Foundation three years ago. Now, he meets with families who are in the same situation he was and offers help in financial donations.

"Darryl G. Colbert, his stepson was shot in Muncie, 25 years old," Joseph said. "He passed away. I met with Darryl and his family and was able to give them a substantial check to help with funeral expenses."

The HoHoff Foundation is not only supporting families impacted by gun violence, they are also working to put a stop to the violence. On July 25, they are holding a panel on gun violence that will include three different cities — Chicago, New York City and Indianapolis.

"Our purpose is to talk about some of the best practices in each one of those cities. These are critical hotspots," Joseph said. "Anybody can be shot at any given time. That is what you're seeing across the country. We really have to be advocates for ourselves and our families first and then protect one another when we see such violent acts happening."

The following week on Aug. 1, the CJ's Love Soccer Tournament will be held to honor CJ's life, a man who loved playing soccer, and also raise money for other families that had loved ones taken too soon.

Panelists taking part in the discussion on violence and race include community leaders, faith leaders and even politicians who have donated money that will go to help families through the HoHoff Foundation.