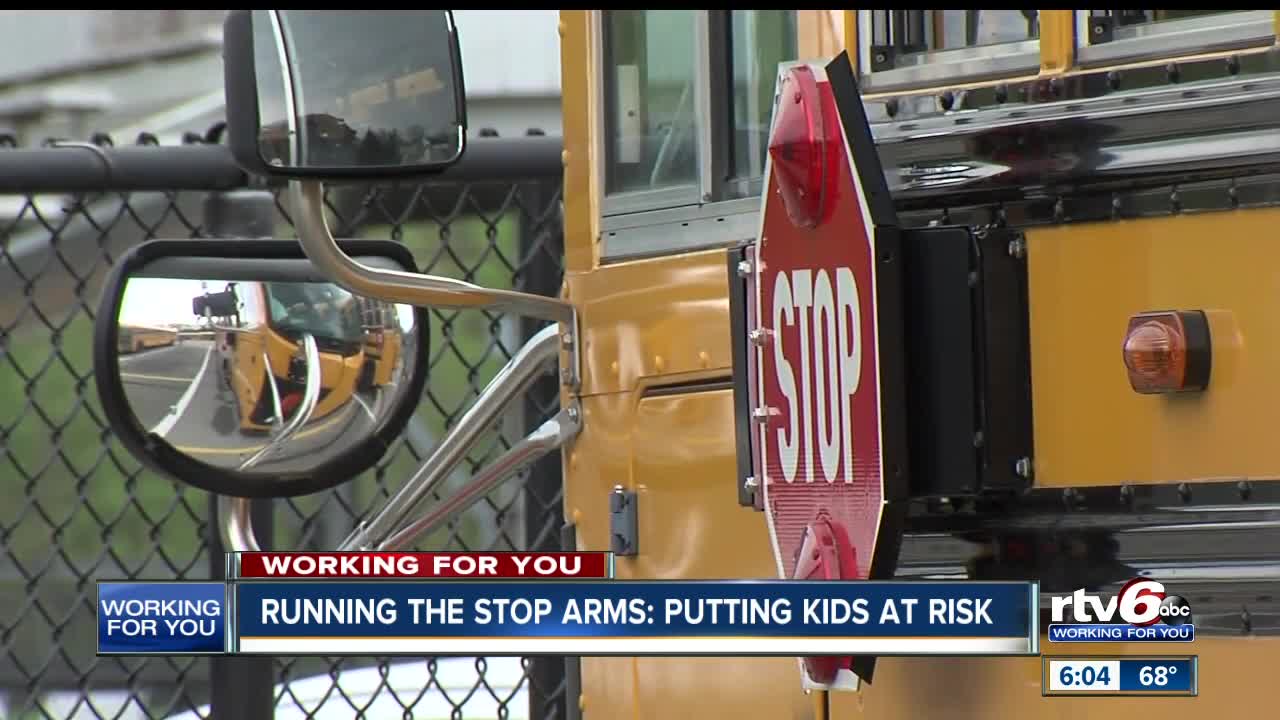 CARMEL — Shocking numbers from the Carmel-Clay School District this week: In a single day, 63 drivers blew right through the flashing red lights and stop arms on school buses.

The district says it's become a significant safety issue for students not just on certain streets, but it's happening in neighborhoods as well.

"I can't fathom why... I don't know why that number is so high," Amber Sell, a concerned mother, said. "It shouldn't even be one."

The school district's transportation department kept count on April 23 and said their bus drivers counted 63 vehicles that went through the stop arms. The district says that at this rate, that's more than 11,000 violations each year.

"Think about what could happen if you were to do that again and there's just some unfortunate accident because you don't know what could happen," Justin Plaschka, a concerned community member, said.

In Indiana, drivers have to stop every time the red lights start flashing on school buses, and the stop arms come out. Unless the stop is on a divided highway, then only cars traveling in the same direction as the bus have to stop.

For those drivers who don't stop for the buses, Sell says your number one priority should be keeping the community's children safe.

"How dare you? No matter where you're headed to, it's not that important," Sell said. "Our kids' safety is number one."

The Carmel-Clay School district is now taking action and following some other regions in Indiana by installing cameras on their, buses to catch drivers - a procedure that has worked for Lebanon Schools.

Lebanon Schools told RTV6 they've had 104 violations and police have written 39 tickets since cameras were installed on every school bus in the town.

Sixty-five tickets couldn't be written because there was either poor lighting or there was no way to tell who was driving the vehicle, which is something that's required under state law.

Carmel Clay Schools say they are patrolling, but they need help from the community, not only to follow the laws but to help find violators.

"If they see anything to let us know, especially if is a repeat behavior that they see on an on-going basis and we can come out and observe that area and that bus," Sgt. D.J. Schoeff, Carmel Police Department, said.

School buses for the Carmel-Clay school district will go into service next school year. The district says they will start writing tickets as they get information from those cameras.