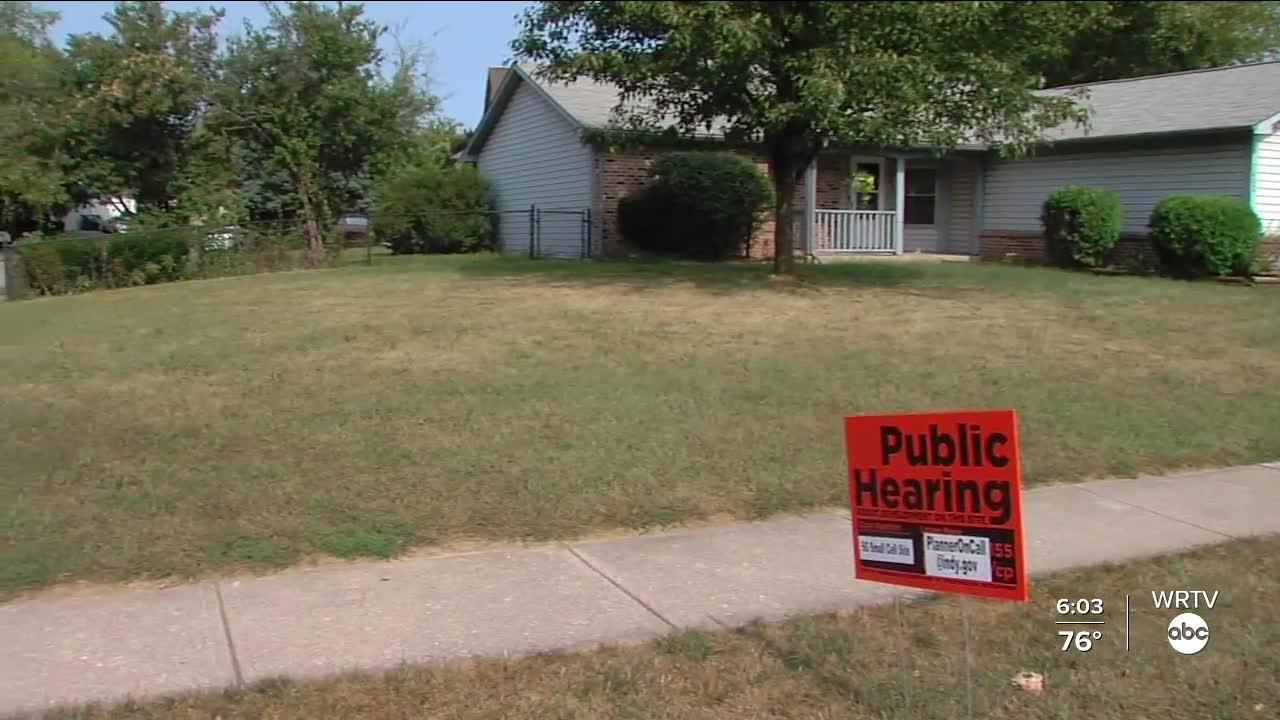 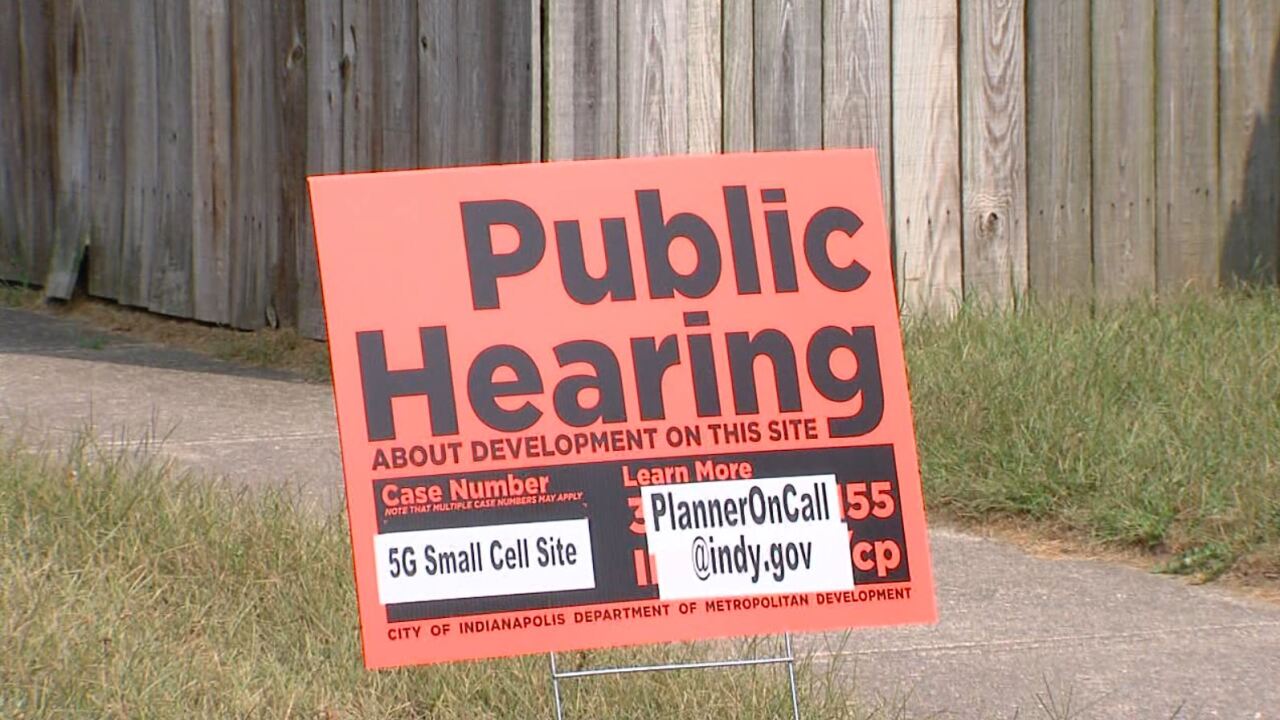 INDIANAPOLIS — A Wayne Township neighborhood is the latest group trying to keep 5G cell phone towers out of their front yards.

Neighbors are so worried and how these towers can be built near your property without your permission.

“I started taking walks and saw signs and figured it was announcing about a public hearing," John Casale said. "I had no idea that's where they were going to put the towers.”

Casale has been living in Westwood for 24 years now. Even he didn't look close enough at these small signs to see what's really on the way.

“I had no idea that is exactly where the towers would go I just thought it was announcing the hearing to talk about it,” Casale said.

At this point it is beyond the talking process. The towers are on the way if residents aren't loud enough about their disapproval and even then it is still not an easy fight.

“I know it is supposed to make your phone faster but I had no idea they would put towers in neighborhoods like that,” Casale said.

Resident have mixed emotions about it. On one hand, they are excited about the possible improved cell service. On the other hand, they aren't thrilled about having a giant metal pole right outside of their homes.

“I'm not too sure about the things I've heard about these 5 towers," Dontrell Giddeon said. "Like I said I haven’t heard anything if I go off of hearsay I don't want it here.”

In fact, Giddeon just found out his family will be living right across the street from a tower.

“You would think they would put something like that away from the neighborhood," Giddeon said.

This is only the latest neighborhood trying to keep the towers out of their front yards.

But with 5G equipment rolling out all across Indianapolis it seems homeowners are left powerless and caught off guard by the additions.

“Maybe if they put something in everyone's mailbox explaining instead of putting out a sign that says towers are coming,” Casale said.

On Sept. 22, residents are invited to participate in a virtual meeting to make sure their voices are heard by the board of zoning appeal at 1 p.m.

Find more information regarding 5G towers and health at wirelesshealthfacts.com.