Couple moving back to Indy from California experience moving woes 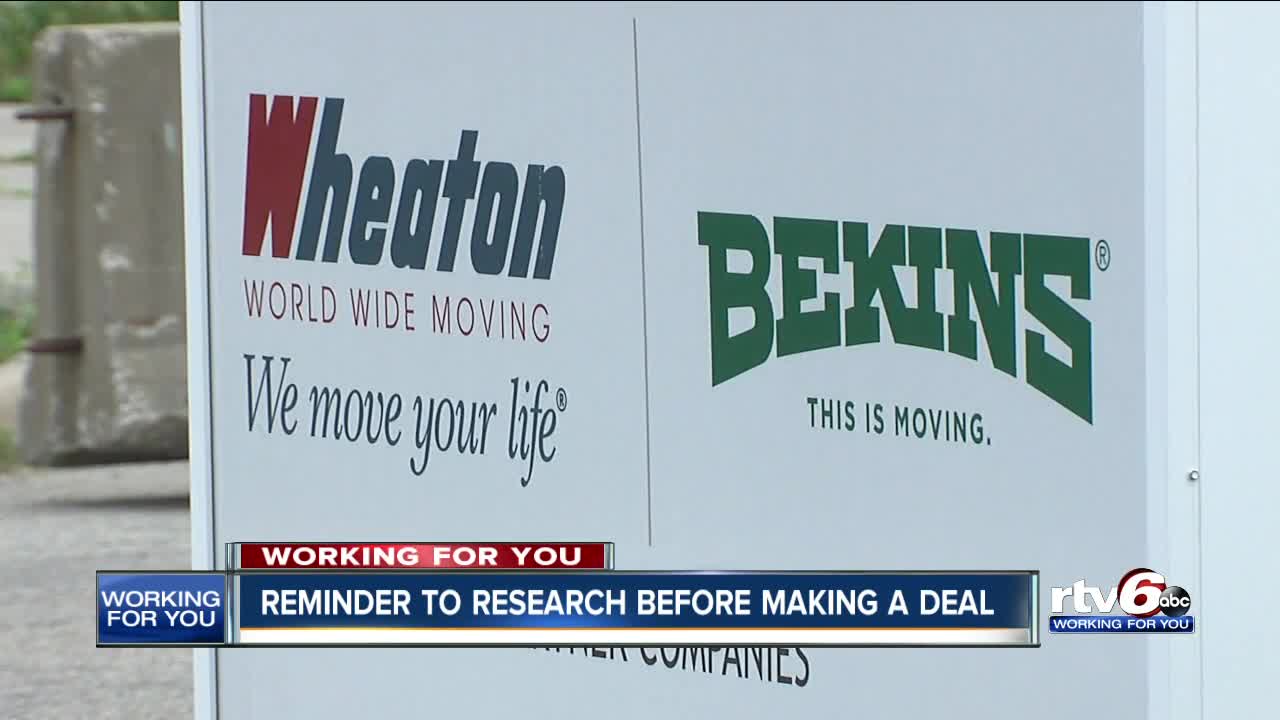 Reminder to research before making a deal

INDIANAPOLIS — An Indianapolis couple has moved back to town from California but their new house doesn't feel like a home without any furniture. They said a local moving company is to blame.

They reached out to RTV6 for help. The couple's story is a reminder to those about to move to do research before signing an agreement with a company.

"Everything was supposed to be here between the 18th and the 25th," Bartunek said.

Those are the dates listed in the contract Brian signed with Bekins Van Lines, whose parent company Wheaton World Wide Moving, is based here in Indianapolis.

"I picked this specific van lines, Bekins, Wheaton a lot because they're local here in Indianapolis," Bartunek said. "I chose them and they were not the cheapest bidder for the job."

Brian said he and his husband can't just stay in a hotel because they have three dogs. Plus, that would end up costing them more money.

"It's really disheartening to think that they put customers like me in this position where you sign up for something and it's substantially different," Bartunek said.

Before signing any contract, you can look up a company online on sites like the Better Business Bureau or Yelp. they both let you read customer reviews and even see when the companies reach out and respond if there's an issue.

For Brian, it's a hard lesson he's had to learn and one he doesn't want you to go through.

"I really hope they'll do their research and look into the reputation of the company," Bartunek said.

A.J. Schneider, the executive vice president of Wheaton World Wide Moving, did respond and acknowledged the problem, apologized and said they are working to make it right.

Brian said after RTV6 contacted the company, they reached out to say they were going to pay for the move. The furniture is expected to get to Indianapolis on Aug. 4.