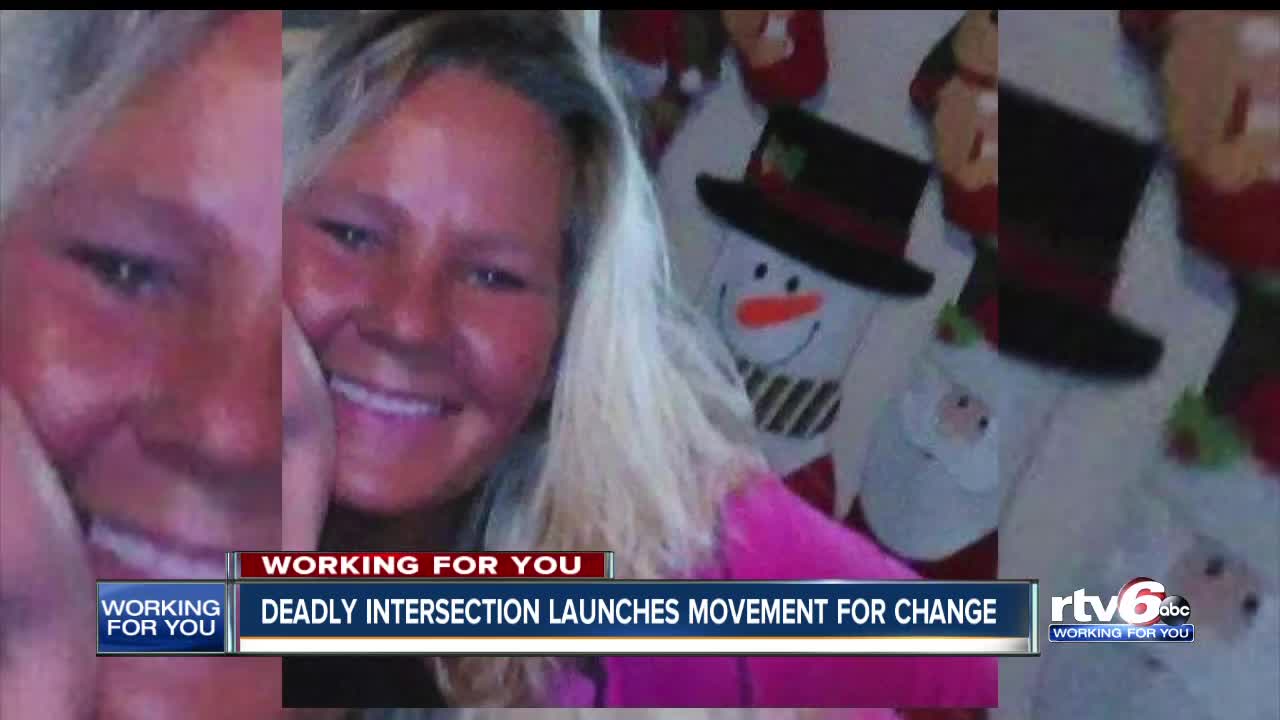 After a woman died this week at an intersection in Lebanon, people who live nearby say something has to be done to keep another tragedy from happening.

LEBANON — Sherry Dennis will be missed.

Dennis' life was cut short Thursday morning in a crash at the intersection of County Road 100 South and County Road 400 East in Lebanon. The tragedy has left a family grieving that hadn't yet healed from its last heartbreak.

Before Dennis died, her son was killed at a different intersection, and Wilson is searching for closure through change.

"I've been out here for 15 minutes and these cars are just flying through here," he said.

The speed limit is supposed to be 40 mph approaching the intersection and signs are posted to let drivers know cross-traffic does not stop. However, those who live close by said it's a tricky area.

Drivers say they can't see at the intersection because their vision is blocked, and that causes crashes.

Von Howard said hearing about Thursday's deadly collison took it over the top for her. Wanting a resolution once and for all, she knew to email Boone County commissioners.

"If something simple like making it a four-way stop will save one life, that'll make all the difference in the world," Howard said. "That seems so simple. If people get hit at 5 mph instead of 40 mph, maybe it will save a life."

The emails and calls got the attention of commissioners who said they have already started looking at crash data to work toward a solution. They have also sent out crews to check visibility, trim trees and cut brush.

The Boone County Commission also said they have added a discussion about the intersection and their findings to the agenda for their meeting Monday.