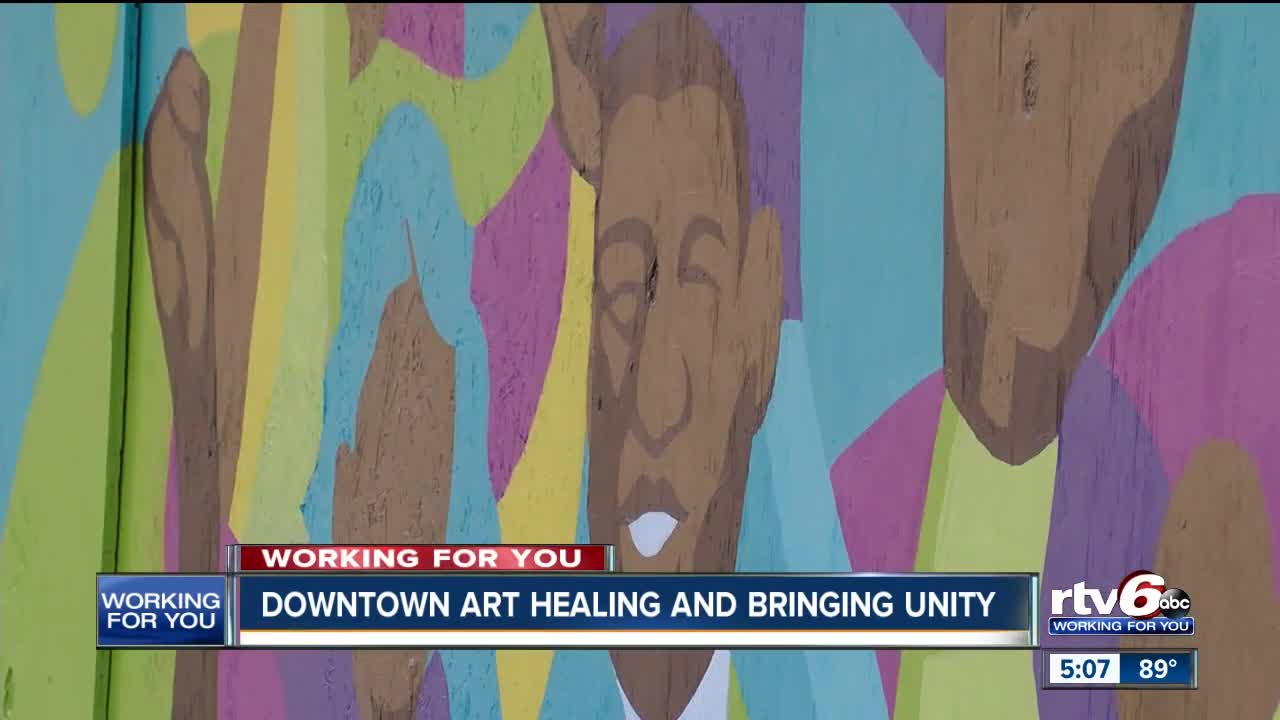 INDIANAPOLIS — A positive art form seems to have come out of destruction. The murals that started to pop up after businesses were forced to put boards up following massive damage in downtown due to protests have helped many move forward in the healing process.

It takes passion to take a board used to cover a broken window and turn it into a canvas.

"There's historical context," Andre Parnell, an artist, said. "This is an expression of what Indiana did with their angst and their anger, frustration. We tried to do something positive."

Following destructive protests, artwork like this started to pop up. Parnell is proud because he was able to let his heart speak through his paintbrush.

"I was seeking a way how to I express myself," Parnell said. "I was depressed being 50 years old I couldn't be marching, I couldn't be yelling at the top of my lungs and shouting so I said what is my voice. And the arts council came up with an idea that answered just that."

Through the art council and other volunteers he got his chance to really process the pain and hurt stemming from the loss of George Floyd and the unrest across the nation.

The vision behind the mural speaks to unity an important message going into Independence Day weekend.

"The ultimate message here is we rise together," Parnell said.

Unfortunately, the mural will come down in a few days because now that things are settling down in downtown it's time to replace those broken windows. Parnell just hopes the message here shines through.