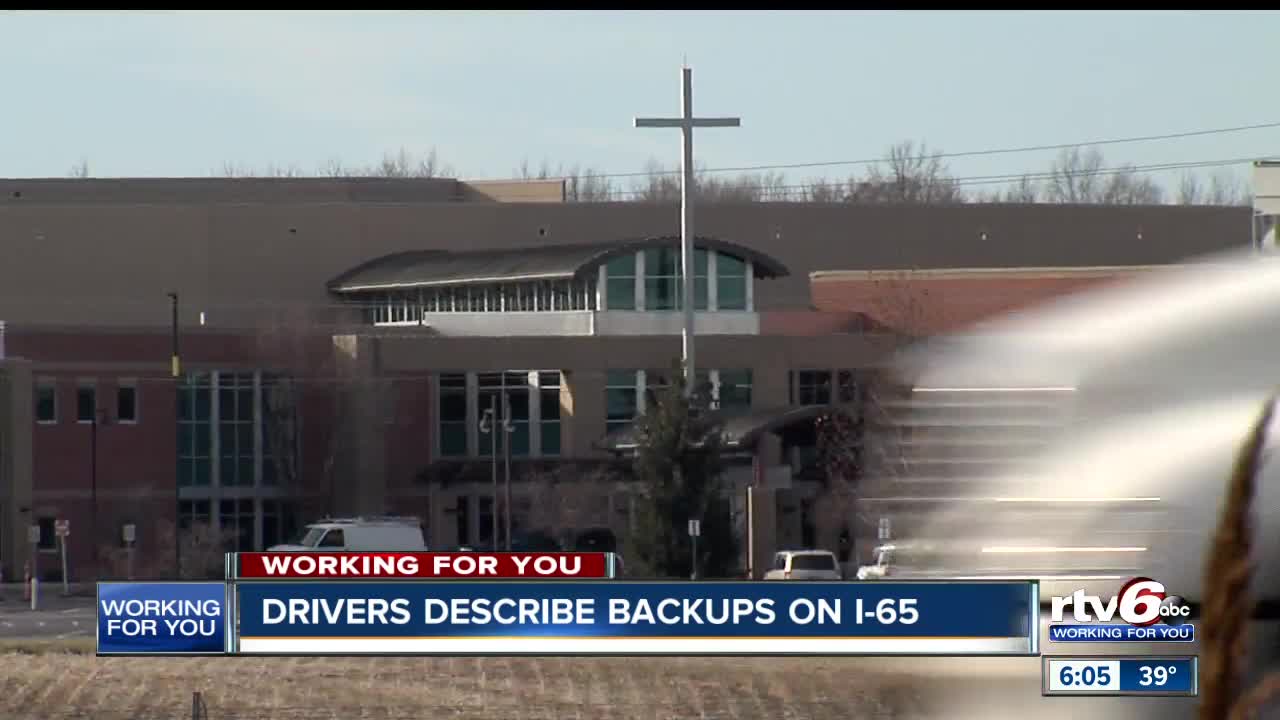 Several people say the area where three people were killed and more than a dozen were injured on Sunday in Whitestown is a dangerous area.

WHITESTOWN — Several people say the area where three people were killed and more than a dozen were injured on Sunday in Whitestown is a dangerous area.

As Whitestown continues to grow, the traffic is also increasing. Drivers who spoke with RTV6 say the backups in the area can make for some scary moments.

Thousands of people attend Traders Point Church, near Whitestown Parkway and Interstate 65, and some people say it can cause a lot of backups.

PREVIOUS | Semi-truck driver in deadly crash has history of reckless driving, following too closely | Infant, 2 adults killed in fiery multi-vehicle crash on I-65 near Whitestown

Jill Van Nostran, the communications director for the church, released the following statement regarding the traffic in the area:

Our Safety team employs multiple off-duty police officers from several local agencies to help keep traffic flowing at each of our campuses in order to safely empty parking lots. In addition, we have a Parking team that directs traffic in and out of our parking lots in a way that is efficient.

Each weekend, we make plans to create as much time as we can between services to empty parking lots as quickly and as efficiently as possible.

On January 5, we operated a shuttle service and parked traffic at additional locations. These locations included the adjacent school lots as well as an additional neighboring temporary location.

Safety at Traders Point is of utmost importance. Our goal is always to keep people safe. We also want to be good neighbors, so that people all around us can navigate to where they need to go quickly and without issue.

The church will be open from 4-8 p.m. Monday for prayer and pastoral counseling to anyone in the community who wants to attend, Van Nostran said.

Between 2012 and 2015, the Indiana Department of Transportation added additional travel, turn, and exit lanes to Interstate 65.

"We have to, as drivers, drive and put those distractions down," Debbie Calder, a spokesperson for INDOT, said. "Pay attention, your full attention each and every time you get behind the wheel.