East side day care struggling to open due to recent crime 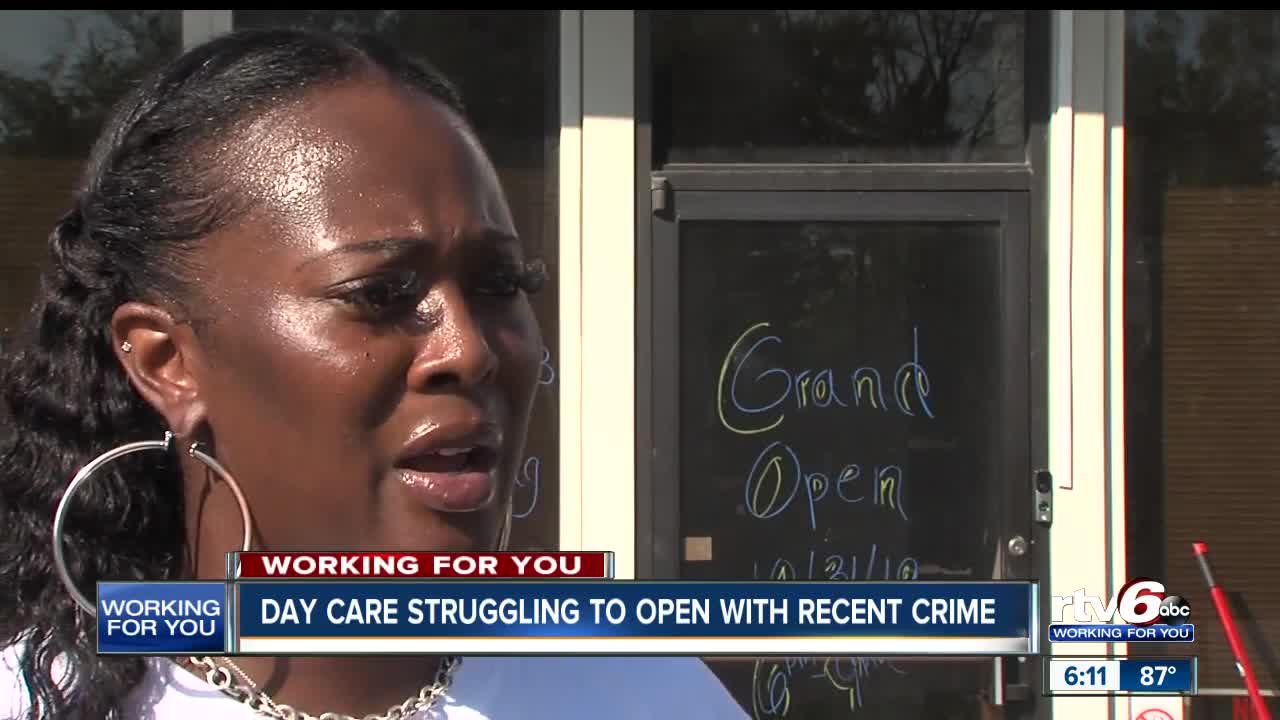 A woman is trying to bring light to her community and open a day care on the east side, but she said recent crime is making it difficult.

INDIANAPOLIS — A woman is trying to bring light to her east side community and open a day care in an area she said lacks quality child care.

However, Keyana Williams said recent crime in the area is making it difficult for her to do that.

"The child care is a constant turnover that I noticed on the east side," Williams said. "So my goal is to come in to provide consistent quality childcare to the neighborhood so we can build some stability."

Williams is weeks away from opening Angels of Hope Day Care near 21st Street and Emerson Avenue.

""My main goal is to kind of get people to recognize and appreciate our community. Because your community and the way that we treat our community says a lot about us," Williams said.

But she said she is struggling to do so due to recent crime. She said a vandalized fence separating her day care from the Emerson Place Apartments is allowing unwanted guests to trespass and steal from her property.

She put plywood and a dumpster in place to block anyone from entering the property, but there is no fencing behind it and she's caught someone in the middle of the night taking it down to come through. A video showed a man snatching a part of the gate and then dragging it onto the apartment complex's property.

"It was like two or three times homeless people laying on the side of the building," Williams said. "I found clothing, hospital gowns, crates in the back of the building, so now I have placed security lights all around."

A spokesperson for Millenia Companies, which owns the Emerson Place Apartments, said the company is working to fix the situation.

"Regarding the gate, we are currently in the process of seeking bids and engaging a contractor to evaluate the damage and make repairs in the coming weeks," the spokesperson said. "We encourage anyone who has concerns about vandalism in the area to contact the Indianapolis Police Department."

Meanwhile, Williams is worried about safety in the area. Police told her they will step up extra patrols in the area to help.

"My concern is the safety of the children," she said. "That's my main concern."

Williams is planning her grand opening for Oct. 31, and she said she hopes the fence will be up and secure by then.