East side neighborhood street floods every time it rains 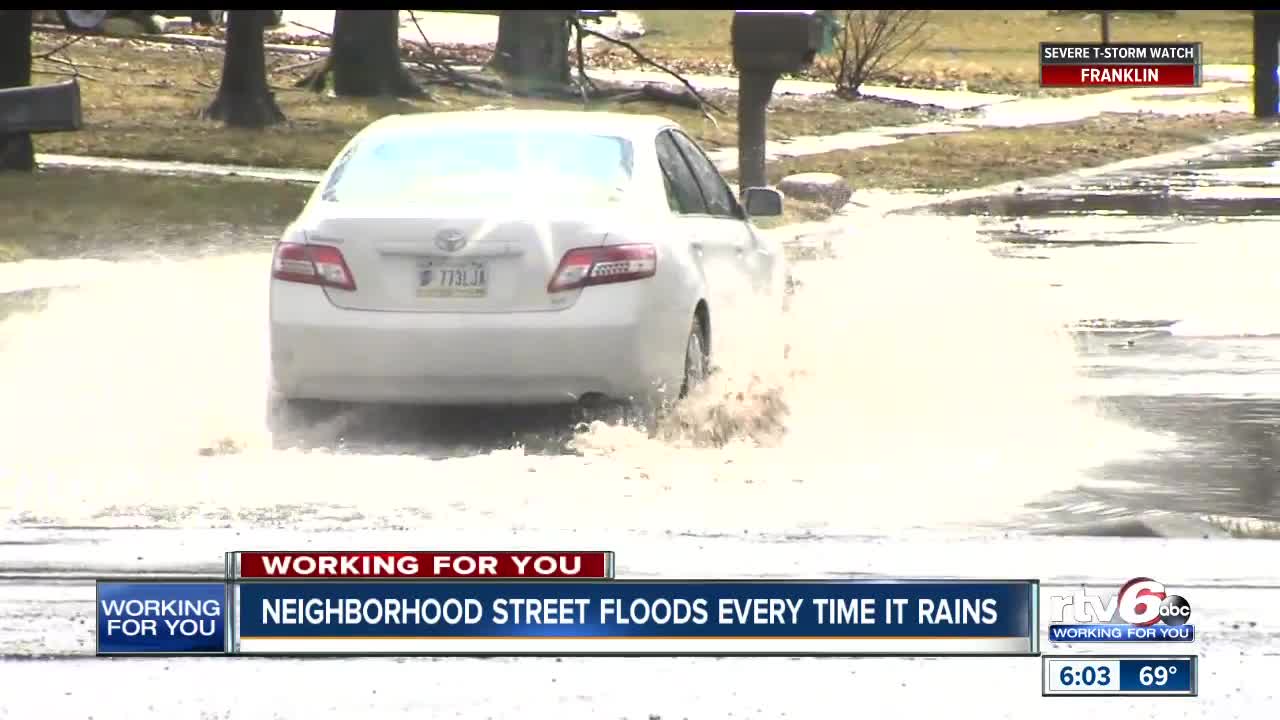 INDIANAPOLIS — According to neighbors living along Galeston Drive, it doesn't have to rain much, and it immediately starts flooding.

"When you are trying to get somewhere on time, and you have to go through obstacles to get there just because the flooding of the street, it's just pitiful. I really, really, really wish they would get it together." Charles Johnson, who lives near 21st Street and Post Road, said.

The Department of Public Works told RTV6 they have received several complaints about the flooding on that road and inspectors came out on two different occasions already this year. But, they did not find any broken infrastructure causing all of this flooding.

DPW said the developer planned the area without a neighborhood-wide stormwater system, which is one factor causing the flooding.

Jessi Griffith said the situation is upsetting. Her family has owned a house in the neighborhood for 30 years and, she says, not only does the street flood, but basements often flood when there is heavy rain.

"I lost my brother 19 years ago, so this is the house we grew up in, and I have so many memories," Griffith said. "But then to see everything just falling apart all around it is heartbreaking."

DPW said improving the area won't be a quick fix, but one that requires a neighborhood-wide upgrade to the drainage infrastructure; a plan that will take time, funding and construction.

DPW's engineering team assesses every issue that is deemed to be more than a maintenance issue, like in this situation. There is currently an open file for engineers to create a plan for this area, but no timeline on when neighbors can expect to see any improvements.