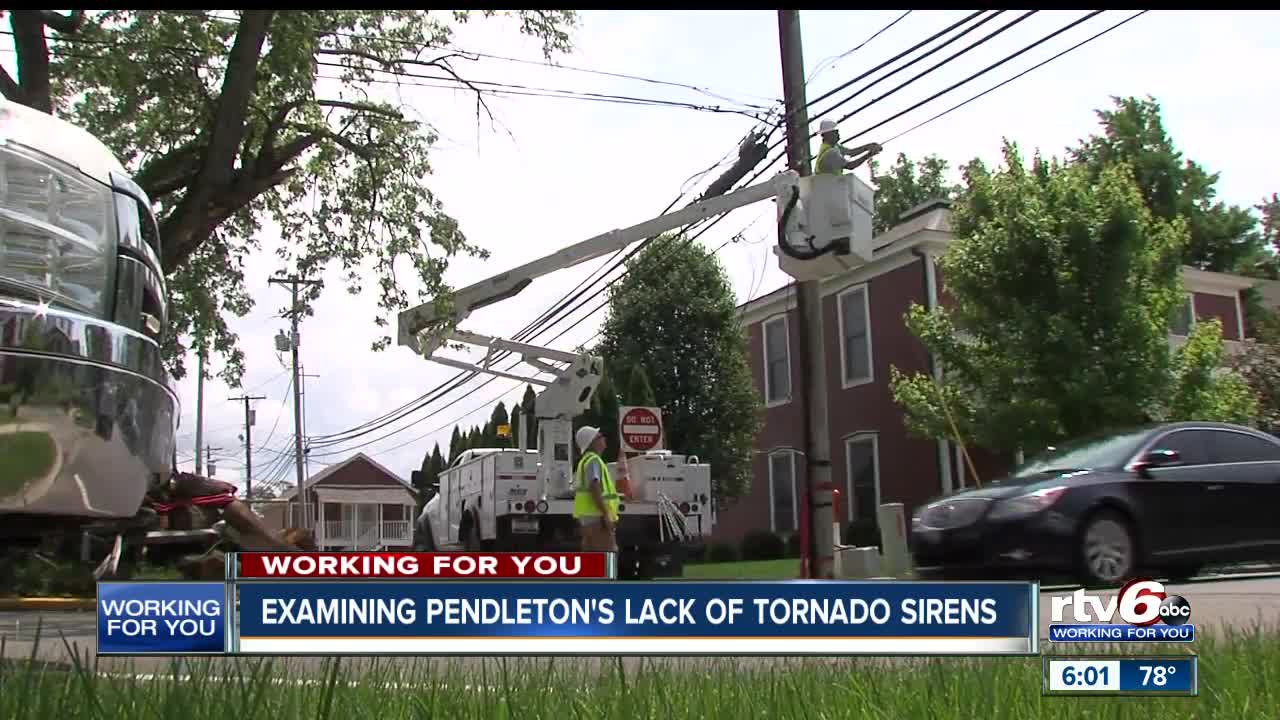 No one in Pendleton heard tornado warning sirens on Monday because there are no sirens installed there — a town that was hit the hardest by Monday's round of tornadoes. 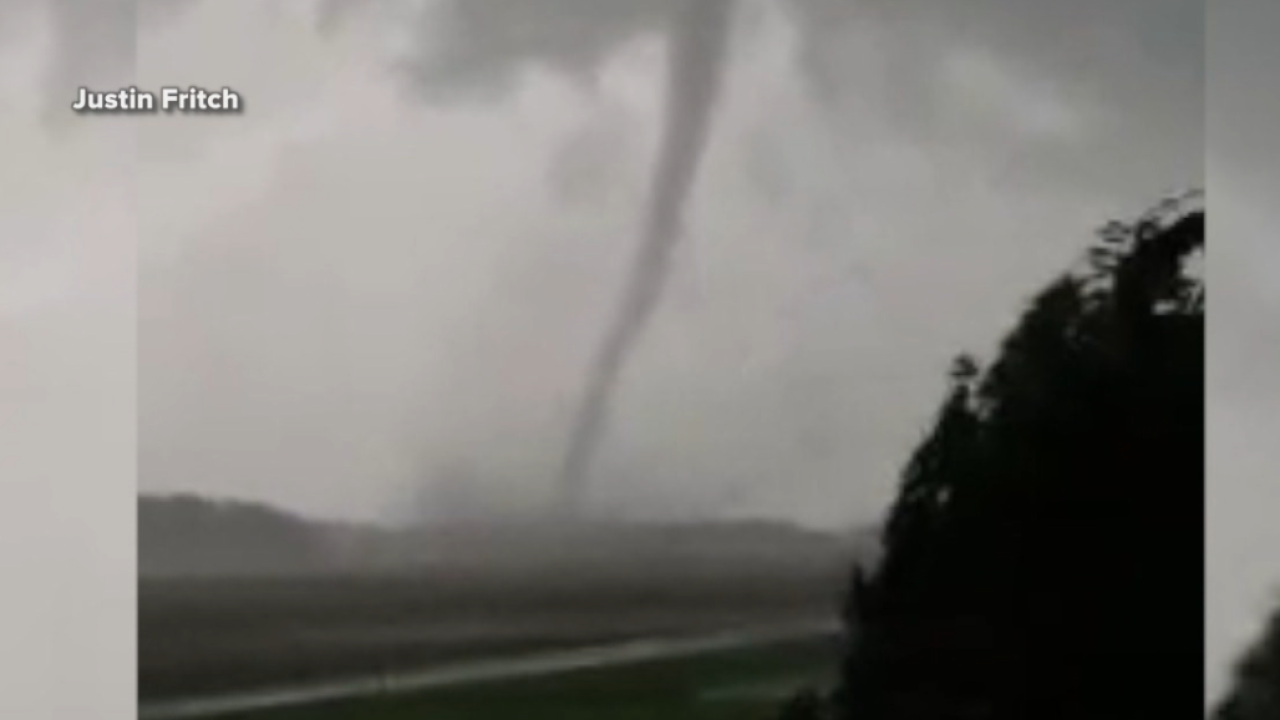 PENDLETON — No one in Pendleton heard tornado warning sirens on Monday because there are no sirens installed there — a town that was hit the hardest by Monday's round of tornadoes.

People had to rely on their phones or their weather radios. There was no siren anywhere to be heard.

Pendleton residents described to RTV6 how they received an alert that the tornado was coming and that it had touched ground.

"We were coming into town when my phone went off. I thought something went wrong with my car," Vivian Hoover said.

"I happened to look online on Facebook, and one of the news stations was saying, 'take shelter, 'take shelter.'" Hilary Dollens said.

There's no outdoor warning sirens in the park, downtown, or anywhere at all in the town of Pendleton.

Hilary and her husband grabbed their 8-month-old and 3-year-old and raced downstairs.

"We got in the closet, and that's when our neighbor's trampoline came through the back window," Dollens said.

But now, after Monday's EF-2 tornado, there is an outcry for the town to install sirens.

However, Madison County's Emergency Management Authority says they aren't meant for warning you if you're inside.

"If you're directly under it, sure you're going to hear it inside your home with those decibels," Todd Harmeson, with Madison County's Emergency Management Authority, said.

And they say the technology is outpacing what tornado sirens used to do. They say phones and all-hazard weather radios are the best bet.

On Monday, as soon as a confirmed tornado was on the ground, EMA notified the National Weather Service, as well as sending out an emergency "Nixle" alert, which sends emails, text messages and can even call residents.

But to get them — you have to have already signed up.

You can sign up for Madison County alerts here.