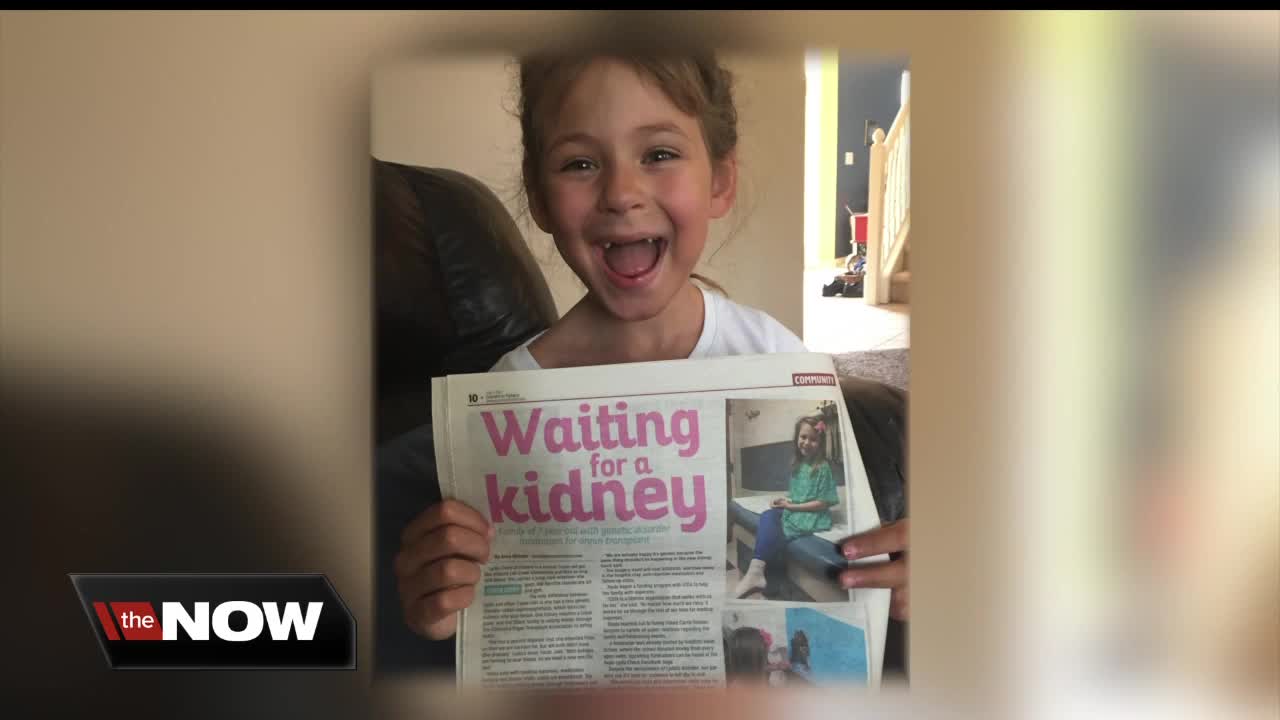 A donor made it possible for a 10-year-old Fishers girl to survive a fight with a rare kidney disease. FISHERS — Lydia Check was able to move to the beat of any song, but the music stopped playing when doctors diagnosed her with a rare kidney disease.

"My kidneys were getting worse by the moment," 10-year-old Lydia said.

Lydia's mother, Paula Check, said she took Lydia to the doctor when she first showed signs of illness.

By the time doctors made a diagnosis, Lydia's kidneys were failing. While waiting for a donor, the Fishers girl had to rely on dialysis, a tough process for any mother to watch.

"Is my child going to survive this? This is it. It's going to be terminal if we don't find a donor. What's her quality of life going to be?" Paula said she asked.

Paul said it was the Children's Organ Transplant Association that stood by her as she journeyed down an unfamiliar path. Not to mention Lydia's will to live.

"She's a fighter. She taught us how to be strong. We survived and she survived," Paula said.

Then there's the call the family won't ever forget: the call to alert them doctors found a donor for Lydia.

"When mom got the call, I just started jumping up and down," Lydia said.

Surgeons had to act fast. Lydia was in the hospital getting a kidney transplant the next morning.

Lydia spent a month recovering at Riley Hospital for Children. She received the transplant in September 2018 and didn't return to school until the following January.

Lydia is now the face of the Cota's calendar for the month of March showing off her smile for National Kidney Month.

As for her dancing dreams, they never died. They were just delayed for a moment.