For now, a proposed warehouse project is off the table in Whitestown

Warehouse worries in Whitestown. Residents are concerned there are too many now, with more in the planning phases. 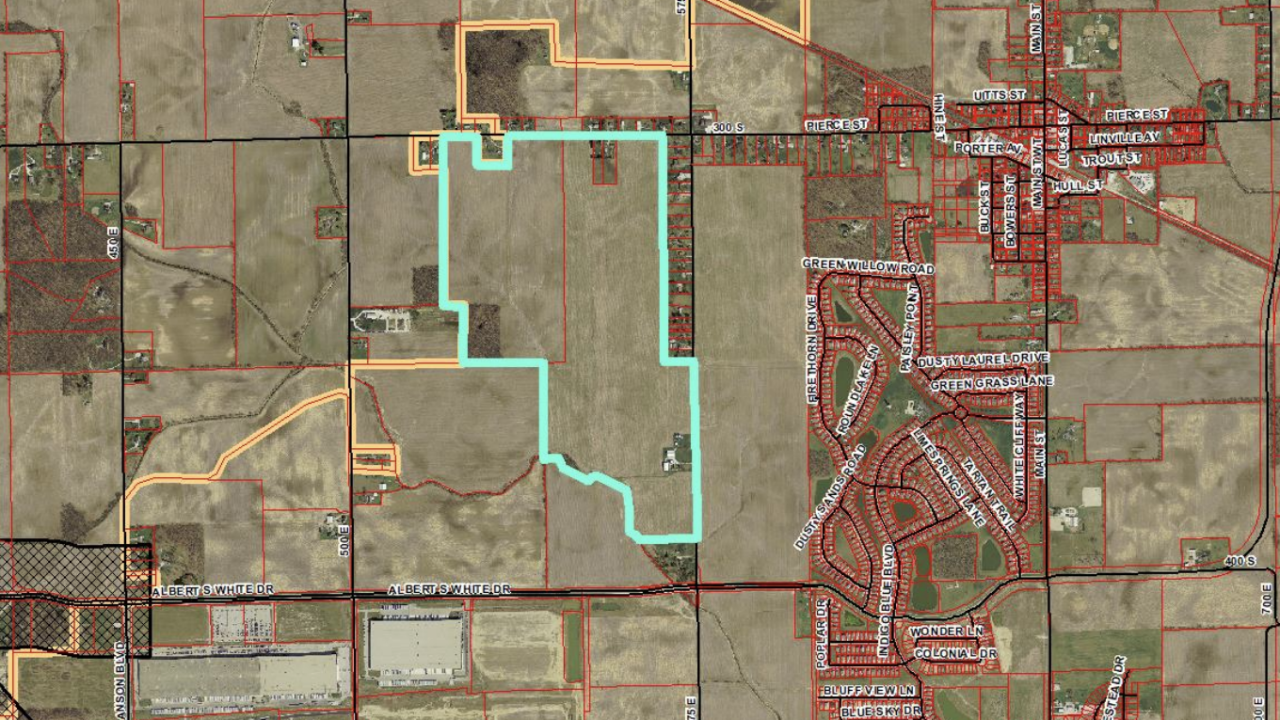 WHITESTOWN — A proposed warehouse development on 365 acres in Whitestown was supposed to be brought up at Monday's meeting of the local plan commission.

But at the last minute, it was withdrawn, with no word on whether it will be re-submitted.

And while that may be a relief for people who live in the area, they still have concern over the increasing number of mega warehouses in the Boone County town, just off Interstate-65.

“My very first initial thoughts were I wasn’t happy with it,” says Chad Snead, who lives nearby. “Whitestown currently already has a ton of warehouses that are currently sitting empty as is.”

“It’s sad because it was an urban getaway that is not an urban getaway anymore,” says Joe Davidson, who also lives nearby. “You turn left on one street, now you’re in an industrial area. And it’s right next to your houses.”

“Well the biggest concern for me is just the aesthetics of it,” says Snead. “We are going to be looking right out my bedroom window into shipping docks for semis that are going to be there all hours of the night and have a light shining right towards my house at any given time.”

“For me, it’s that they’re connecting all of these warehouses to (County Road) 300, which is not designed or built for so much traffic,” says Davidson.” It’s already narrow when you try to pass a school bus.”

With all the growth Whitestown is seeing right now, these neighbors say they’re losing the agricultural, small town feel.

“All we are getting out here are subdivisions and warehouses. That’s all Whitestown is anymore,” says Snead.

This is even prompting some neighbors to consider moving.

“You go to realtor.com right now and there’s two houses on 300 that just went up for sale I think within the last two days right next to each other right across from where they’re wanting to do this,” says Snead. “I mean to me right now our houses are worth quite a bit more than what we could ever imagine because of all the growth, which is great. But once they build this warehouse directly behind me, what’s that going to do my property value?”

“Honestly we are going to be looking at moving a lot sooner now because of this,” says Davidson. “Which is a shame, because we really like the area. But I don’t want warehouses in my backyard so.”

The final decision is up to the town council to approve this project or not. But Erik Pitner with Carpenter Realtors says there’s some things you can do to protect yourself before buying a home.

“You can reach out to the county or the town to see if it’s currently zoned for either agriculture, industrial or residential,” says Pinter. “But more importantly, ask if there is a variance that could be put in place.”

Pitner says it’s important to see if your city or county has a master plan in place for how they plan on developing land near you and whether that’s subject to change.

“Ultimately though, it could just be a shot in the dark long-term wise for these growing and booming communities that try and manage their growth,” says Pitner.

If you have any questions and want a trusted real estate advisor, you can contact Erik Pinter at epitner@callcarpenter.com.