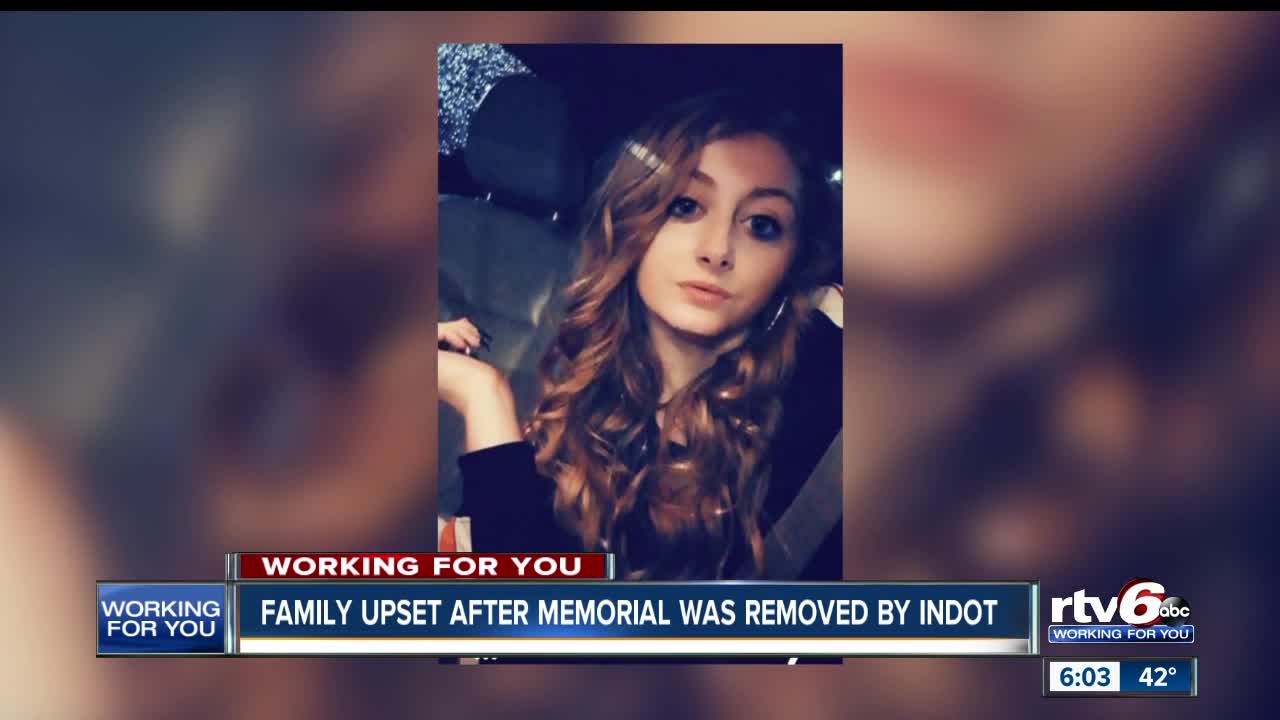 A father is devastated after he says the Indiana Department of Transportation removed his daughter's memorial along Interstate 65. 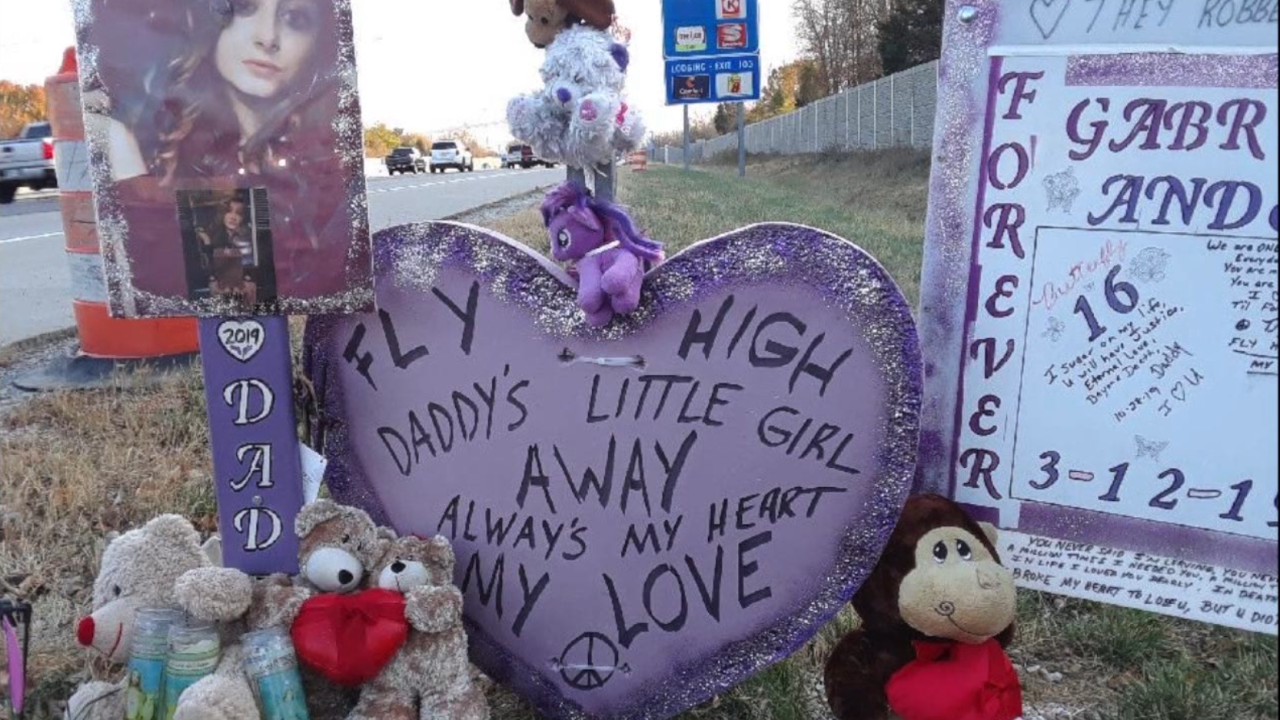 INDIANAPOLIS — Ten months after his daughter died in a crash on Interstate 65, a father is devastated after the Indiana Department of Transportation removed her roadside memorial.

Paul Sparks said his daughter, Gabriella Sparks, 23, ran out of gas on I-65 near Southport Road last May. She was outside her car when she was hit and killed by a motorist's vehicle.

"You just feel like you're going through the motions, man," Sparks said. "It's like everything loses its meaning. I miss her incredibly and immensely."

In July, Sparks placed a memorial at the site of the crash to honor and remember her. On part of it, Sparks wrote, "My heart, my love, you are my everything. I love you till forever's end, daddy."

"We weren't able to have a showing because of the nature of the accident. She was hit going 70 miles an hour. I wanted a place to memorialize her memory," Sparks said. "I called INDOT because I wanted permission. I even called the state police. I was given the OK to put it up."

"I was extremely upset and I called INDOT and through various channels found out that somebody had called in and said that it was nothing more than trash and debris," Sparks said.

Typically, INDOT allows memorials along the interstate to help families grieve, so long as they are far enough away from the roadway and not a distraction.

"It was pretty close to the interstate. There were things zip-tied to our signs," INDOT communications director Mallory Duncan said. "There was Styrofoam flying around and just a bunch of stuff on the side the road that is distracting to drivers and maybe not safe for the motorists and the public, so we did eventually have to remove some of it from the side of the road.

Sparks said he spent more than $300 to get the memorial together, which included stuffed animals, flowers and a cross.

"I just wanted it all back and I found out that they had just thrown it away, with the exception of the sign," he said.

It is INDOT's policy to try to contact people before removing memorials and find a way to return their items. However, Duncan said they couldn't find a contact number for Sparks and apologize for not letting him know.

"Anybody with any common sense could've seen that and known somebody here took a lot of great care into putting it there and that someone lost their life there," Sparks said. "This issue for me and my family is very important because we have really no place to honor her memory but there."