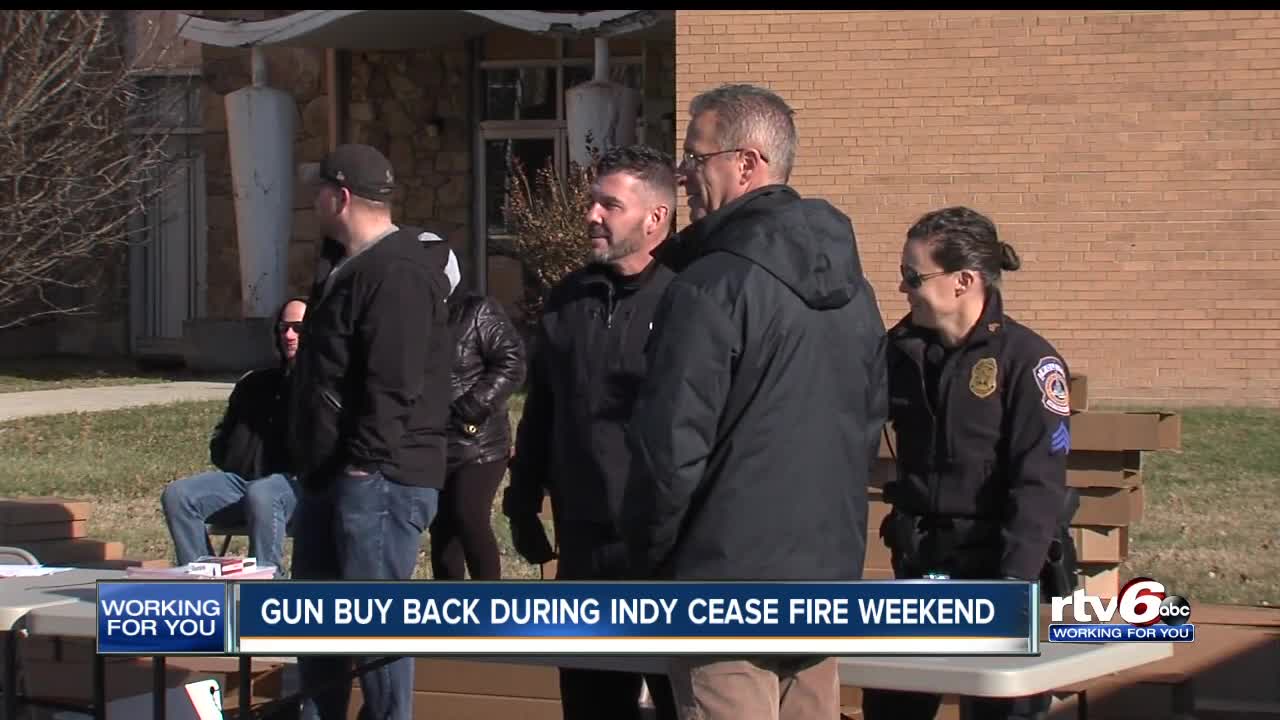 Dozens of guns were taken off the streets Saturday during a buyback event. 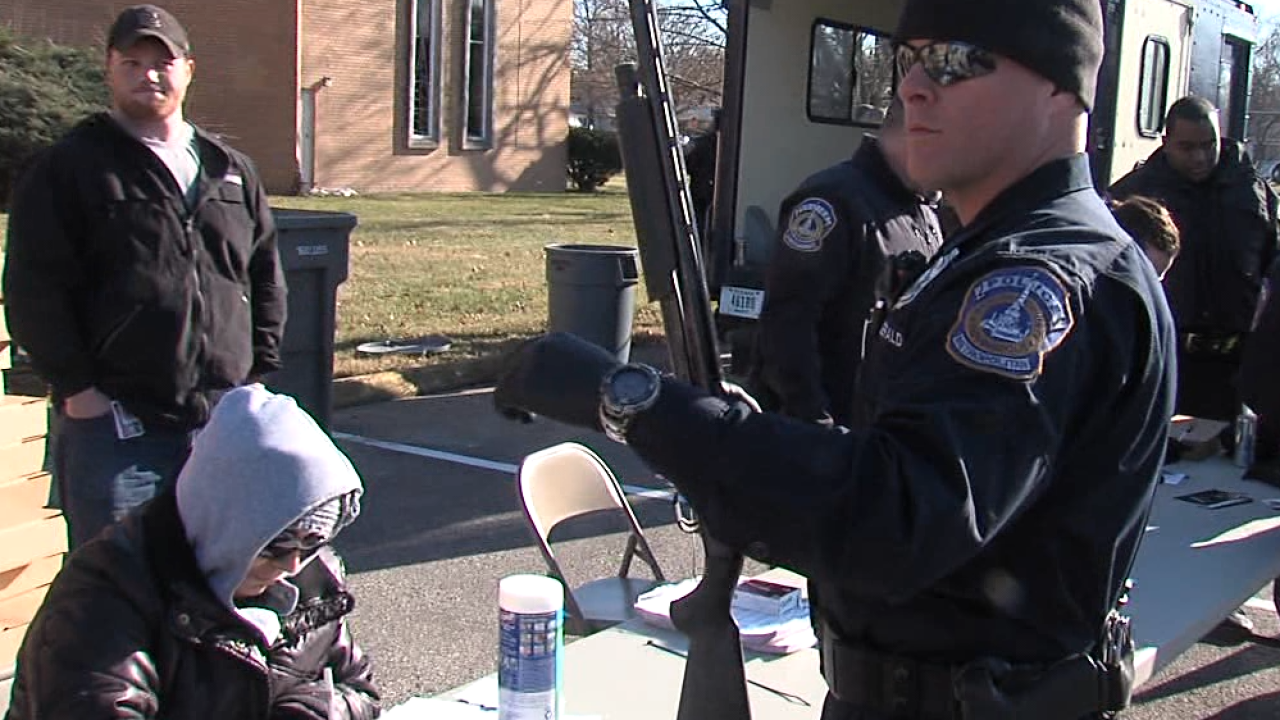 INDIANAPOLIS — Dozens of guns were taken off the streets Saturday as part of an event held for Indy Cease Fire Weekend. It's a time to call on everyone to put down their guns and stop the senseless violence that is impacting the entire community.

No questions asked, people lined up, providing only their ID, and turned in guns on the east side of Indianapolis.

"This effort is designed to target individuals who have guns regardless to the narrative behind the gun," Pastor Stephen J. Clay said. "This effort is to designed to get those guns off our streets. We know that a lot of the crime that takes place in our community is due to guns."

Through a partnership with the Indy Public Safety Foundation, the Indianapolis Metropolitan Police Department and community faith-based organizations, the gun buyback was held Saturday at Messiah Baptist Church.

"We're in the 46218 and out of those areas that have been targeted for high crime and criminality, this church sits right in the middle of that," Clay said. "This community, as well as others, but certainly this one, needs this kind of concentrated effort and that is why the partnership is key to the success of this."

RELATED | Pastors hope buyback event will get guns off the streets

The event was held in the middle of a Cease Fire Weekend, a time when community leaders are calling on everyone to stop the violence. The hope is that by giving people a safe way to turn in guns, it will lead to a safer community.

"We find a lot of weapons are stolen people who have them in their cars and they were stolen out of the vehicle," IMPD assistant chief Randal Taylor said. "They are stolen and they are used for various crimes throughout our city and some of them crossing to different states and those things. Any weapon we can get here at this buyback is a weapon that's not going to be use for those things."

The leaders know that too often violence in our community is the result of a simple disagreement that quickly escalates, which is why they held this event — as an effort to reduce those crimes.

"The conversation is not about legal gun ownership," Dane Nutty, executive director of Indy Public Safety, said. "If they want to go and they can keep the guns they have this is solely for the people that want to get rid of one and it's an opportunity to do so in a safe manner and get some money for it. Let's get these guns off the street and make our city saver one gun surrender at a time."

All the guns turned in Saturday will eventually be destroyed. Indy Cease Fire weekend continues Sunday with a non-violence unified message that will be held at Messiah Baptist Church.