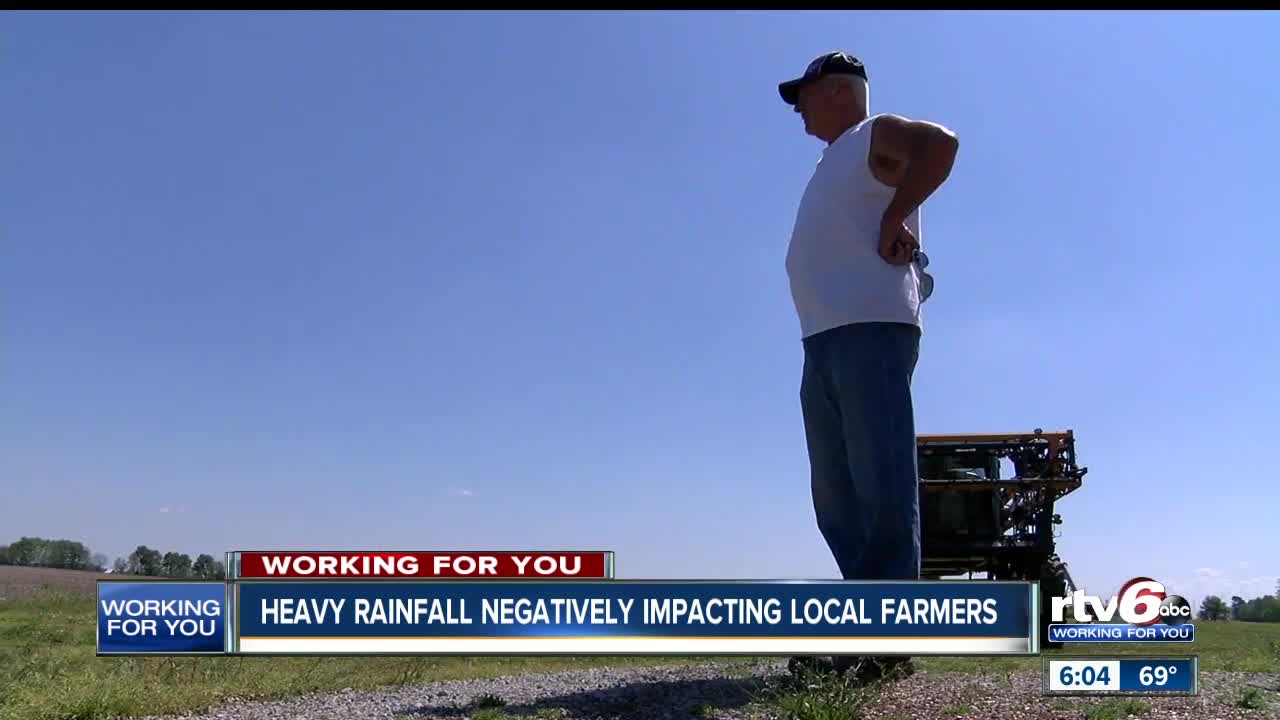 The U.S. department of Agriculture says just six percent of this year's expected corn crop has been planted.

SHELBY CO. — The United States Department of Agriculture says that just six percent of this year's expected corn crop has been planted. That number is even lower in some local communities.

"This is not a sight you want to see you come first or middle of May, because not only can we not get the planters out, but we can't get the sprayers out, we can't get the spreaders out, and so we are basically stuck," Scott Gabbard, Purdue Extension Shelby County Agriculture and Natural Resources, said.

"Well we like to say we've seen it all, but this year is a different year," Ken Simpson, a local farmer, said.

Due to all the heavy rain lately, farmers are unable to plant their crops.

"Typically, we always get a dry spell to where we can get going, and this year that dry spell just never really came," Mike Smith, a local farmer, said.

Farmers in Shelby County say they've planted less than five percent of their crops so far this year, well below the five-year average of 57 percent this time of year.

This comes as China increases its tariffs, which has also driven down prices significantly. This impacts not just the farmers, but the entire food system that drives local economies.

They're praying the sun stays and the rain goes away.