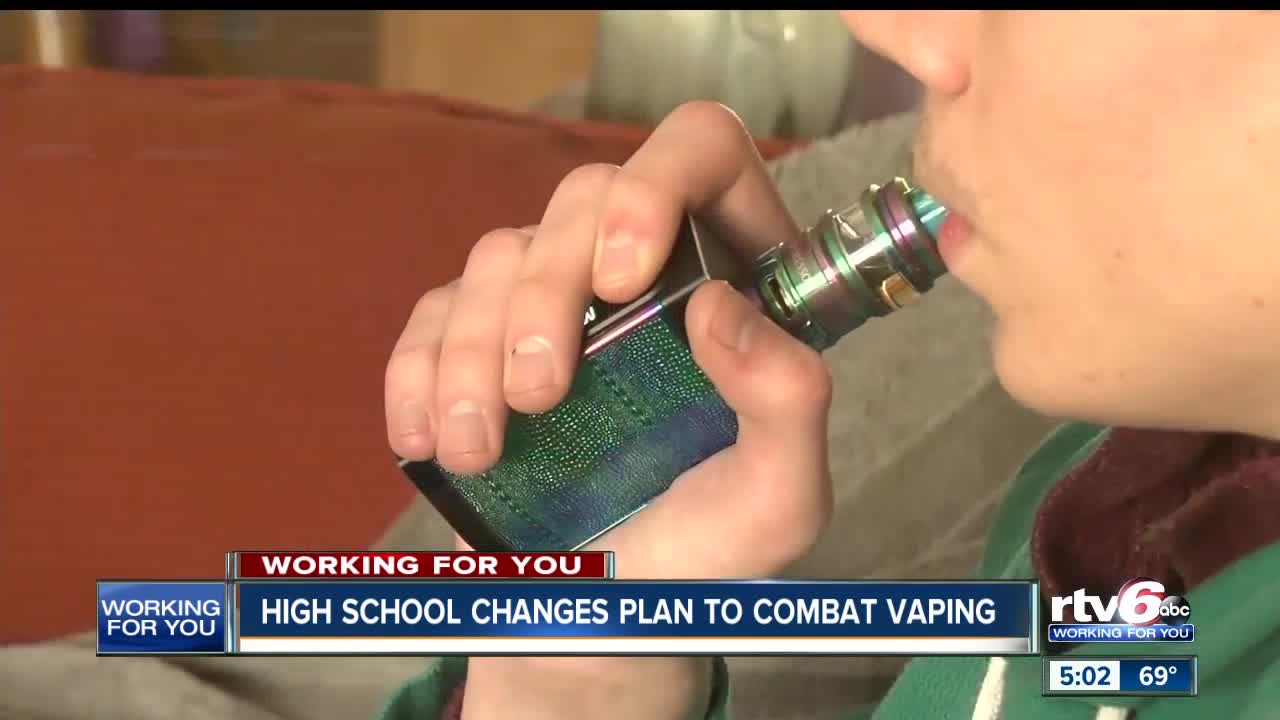 During class time, Mooresville High School has closed all but two bathrooms for students.

MOORESVILLE — A Mooresville High School parent is upset at a policy to crack down on vaping in the school's restrooms. During class time, the school decided to close all but two bathrooms for students.

The two bathrooms available to students during class time is available inside of the nurse's office and at the center of the building.

The changes in policy did not go smoothly. Some unintended consequences left parents talking.

"They only had one bathroom open in the middle of the school. They have the nurse's offices open, but teachers are telling kids they cannot go to the bathroom. That's not acceptable," Haggard said.

"There was an incidence yesterday where a girl was told she could not go to the bathroom and she ended up bleeding through her pants. I feel sorry for that girl - that's unacceptable," she said. "It should never have happened."

The reason for these changes was because of vaping in those restrooms. In an email to parents, the school district highlighted the negative impact of vaping.

Craig Haggard, who has two children that attend the school, sophomore Eleyna, and freshman, Aidan, appreciates the hazards of vaping but rejects the method of combating it inside of school.

"They can't control some kids vaping, so there is a lot of these knee jerk reactions that punishes everybody," Craig said. "Not only do I think that's not a good idea for the kids, I think that is a bad lesson for the kids to punish an entire group of folks for a few bad apples."

Apparently, enough parents felt that way and at 9:41 a.m. on Thursday morning Principal Brian Disney sent an email that said:

"We are updating procedures to return to normal restroom availability throughout the school day, along with yesterday's plan which included increased supervision."

Don't vape unless you want your good standing in school to go up in smoke.