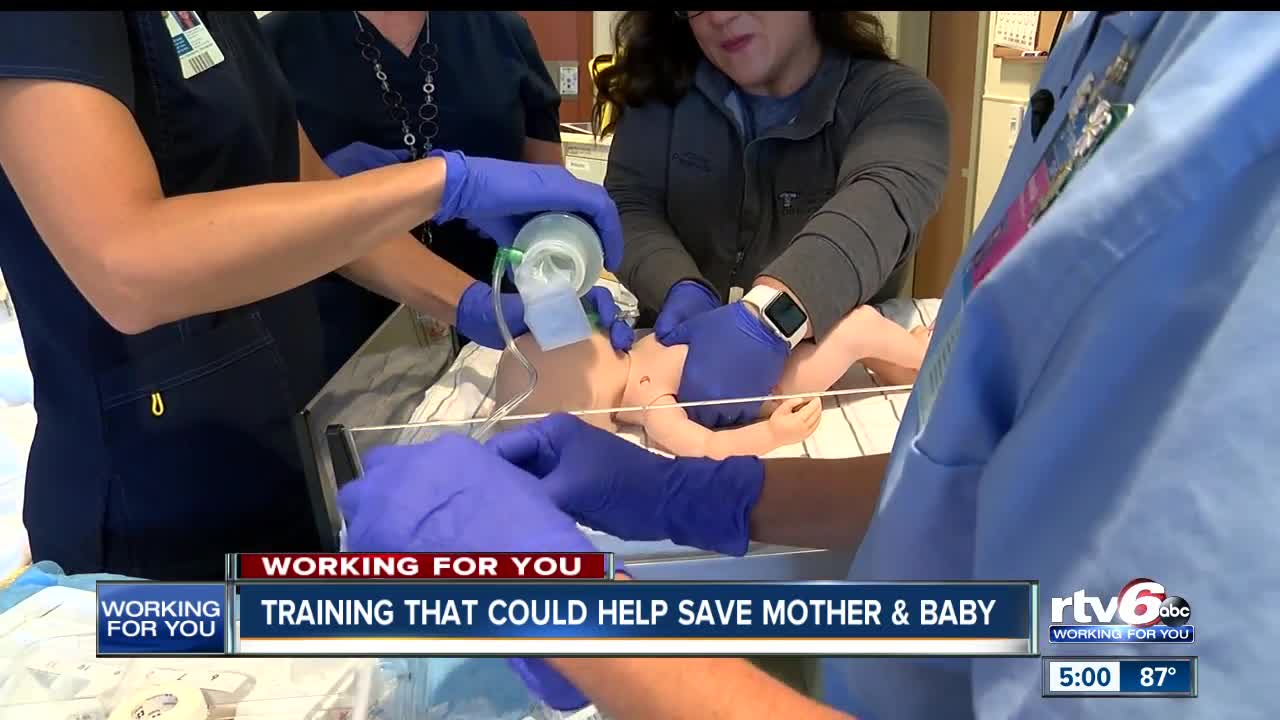 INDIANAPOLIS — Doctors say there are endless possibilities for what can go wrong for a pregnant mother and her baby during delivery.

Indiana has a growing infant mortality rate, and Franciscan Health nurses are training to know what to do in those scary situations that they say are happening more often.

Nurses at Franciscan Health are using high-tech mannequins to simulate real-life emergencies that occur when a pregnant woman goes into cardiac arrest.

One nurse gave the patient CPR, while the others prepared to perform a C-section. The simulation went so far as to deliver a little mannequin baby that can breathe and cry, too. They the nurses tended to the newborn, who had issues of his own.

"We try to make it as realistic as possible," Lori Hardie, Franciscan Health Simulation Coordinator, said. "It's real complications that frequently occur in OB care."

This training is essential because Indiana ranks 43rd in infant mortality, and even worse in maternal mortality — 46th.

"We really felt compelled to try to make a difference and make an impact," Hardie said.

Hardie says there are a host of factors impacting why we're losing so many mothers and babies during delivery emergencies.

"Women are waiting until they're older to have babies; the opioid epidemic is a piece of that; you have the obesity crisis," Hardie said.

Plus, more women are using artificial technology to become pregnant than in the past. But perhaps the biggest issue is mothers addicted to drugs.

"It used to be very rare to see moms come in addicted. It's very common now," Hardie said.

Drugs, for instance, cocaine abuse, can lead to what's called a placental abruption, where the baby bleeds out.

"We had several instances where people would come to class, and they actually put the training to use within their next shift," Hardie said.

Staff is being armed with the skills to prevent any baby or any mother from dying under their watch.