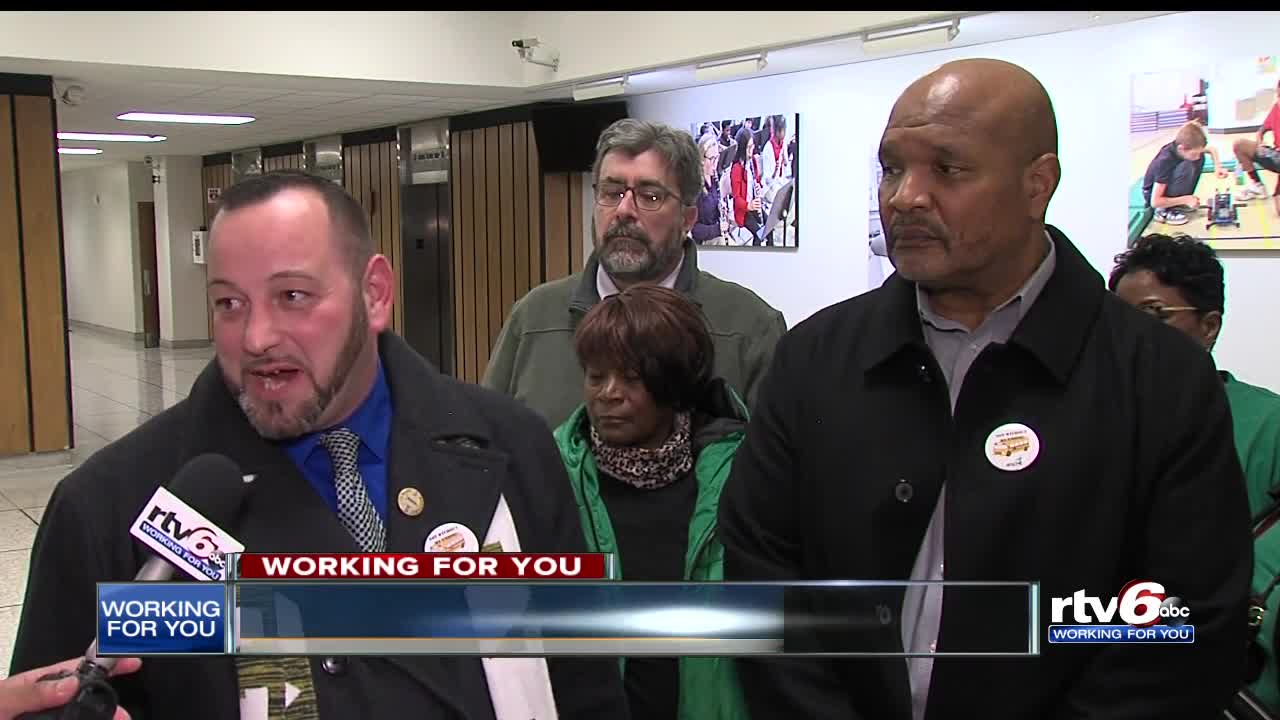 Indianapolis Public Schools bus drivers and their union are asking for more respect and information after the district recently said it was switching to a new contractor for transportation services.

INDIANAPOLIS — Indianapolis Public Schools bus drivers and their union are asking for more respect and information after the district recently said it was switching to a new contractor for transportation services.

In July, the district will end their contract with Durham School Services and have First Student take over the bus routes.

David Robertson, the executive director of the American Federation of State, County, and Municipal Employees, says they were blindsided by the decision that affects 685 IPS Transportation and Durham School Services employees.

"To hear all of a sudden after what we thought was a great negotiation and a conversation that lead to significant increases for transportation and talk about new buses then all of a sudden wham, we hear this news Friday," Robertson said. "So it's pretty surprising."

The drivers union says the details of the new contract with First Student were not shared with the union before the news broke on Friday.

Union Vice President Steven Quick says he is concerned it means big changes to the current drivers. He says the notion that everyone will stay have a job come July is far from accurate.

According to Bloomberg, First Student could possibly be put up for sale.

"Any contract that is in place has to be honored and so no matter what happens to it. But we're confident that things are going to stay exactly the same."

The IPS Board will take a final vote on the transportation plan at its executive session Thursday evening.